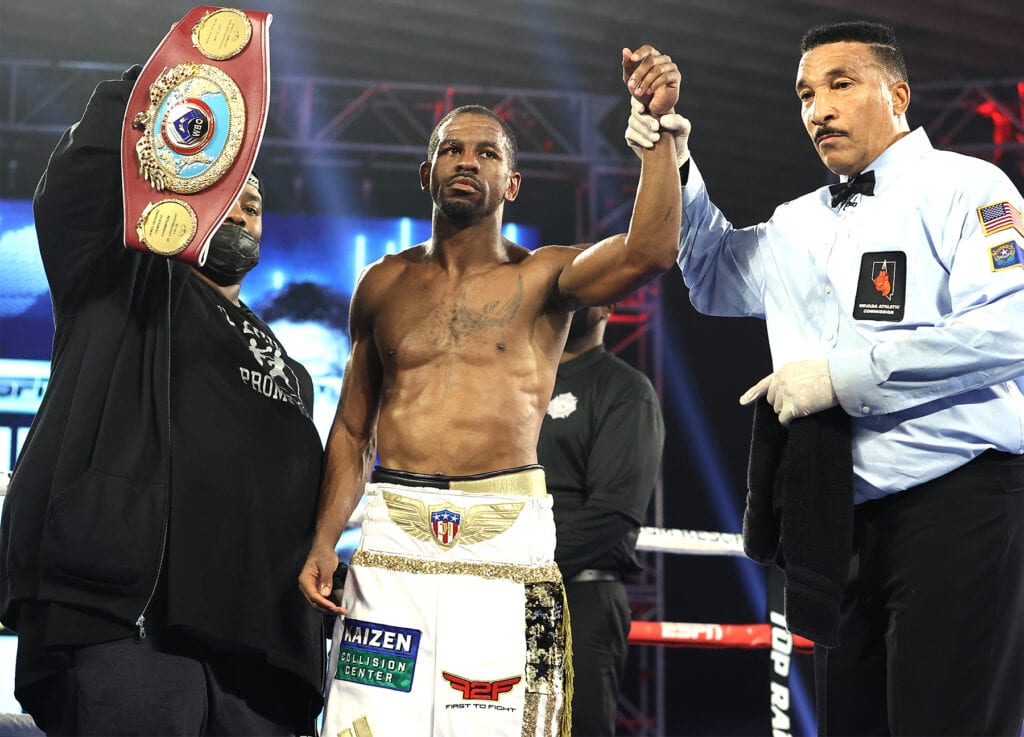 Herring-Frampton Made Official For April

One of the most anticipated title showdowns in the Junior Lightweight division goes down in just over 3 weeks away in Dubai. ?#HerringFrampton | APRIL 3 | ESPN+ pic.twitter.com/s2vwB03fsT

“This is a fight that’s been in the works for a very long time, and I expect both Jamel and Carl to be at their best,” said Top Rank chairman Bob Arum. “It’s an even matchup, and I am pleased that fans in the United States can watch it live on ESPN+.”

Herring (22-2, 10 KOs) has made two defenses of the title he won from Masayuki Ito in May 2019, most recently defeating Puerto Rican challenger Jonathan Oquendo via disqualification last September at the MGM Grand Las Vegas Bubble. He was originally scheduled to face Frampton last summer in Belfast, but COVID-19 intervened. Frampton (28-2, 16 KOs), who won world titles at junior featherweight and featherweight, hopes to make history as the island of Ireland’s first three-division world champion. He has won two straight bouts since losing a unanimous decision to Josh Warrington in December 2018 for the IBF featherweight world title. In his lone ring appearance of 2020, Frampton knocked out late replacement foe Darren Traynor in the seventh round.

Former four-weight world champion Donnie Nietes (42-1-5, 23 KOs) returns to action after more than two years away from the ring and will fight an opponent to be named in a 10-rounder at junior bantamweight. Nietes, from the Philippines, is one of four Asian fighters in boxing history to capture world titles in four weight classes.

Keyshawn Davis (1-0, 1 KOs), a former U.S. amateur standout who captured a silver medal at the 2019 World Championships, will take on an opponent to be named in a six-round lightweight bout.