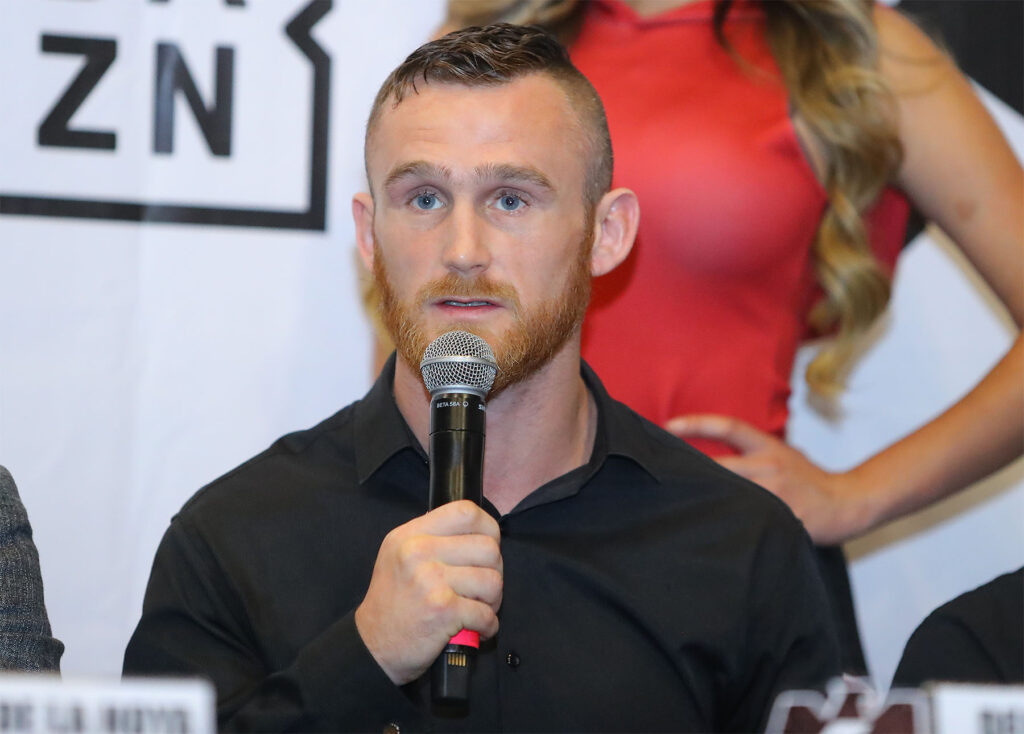 Controversy has arisen “down under” in the junior middleweight contender clash that is scheduled for Wednesday night Australia time, involving unbeaten top 154-pound contender Tim Tszyu. However, it’s not Tszyu making the waves. It’s his veteran opponent Dennis Hogan, who is threatening to withdraw from the fight over….. wait for it….. controversy over one of his sponsors and the trunks he intends to wear.

Yes, in a sport that sees fighters have to withdraw from all kinds of reasons, whether it is: a failed drug test, being overweight, disagreeing over who the referee is supposed to be, etc., this one is financial for the 36 year old, former world title challenger, Hogan.

Things bubbled over at the weigh in overnight Tuesday U.S. time. That’s when Hogan who is personally sponsored by betting company “Pointsbet,” made clear to promoters of the Wednesday fight against the 17-0 Tszyu that he intends to wear  trunks with their sponsorship on them in the scheduled 12-round battle before a sellout crowd in Newcastle, Australia.

Hogan told reporters that he’s been told by “No Limit Boxing” promoter Matt Rose that he cannot wear anything in conflict with one of their top sponsors.

His response from the Australian Daily Herald?

“I don’t care. I’m not coming out unless they got my sponsor on them. That’s the deal we’ve done. Everyone is allowed to have their sponsors on there. So, it’s unacceptable. I’ll be wearing them (Pointsbet on the trunks) and if not, let me know tonight. So, that I can go home in the morning (Wednesday).”

Hogan went on to say that Pointsbet, “has supported me through the pandemic, through the hard times. So, I will wear them when I’m about to have my glorious moment.”

Shortly thereafter Rose told the same reporters that the two parties were still arguing over the issue,

But, Hogan, who was born in Ireland has lived and trained in Australia for over a decade, maintains that he will forgo the fight with Tszyu over this issue, even if it means costing him losing his payday.

“I think it’s disrespectful from the Hogan team. If you’re playing in the NRL (National Rugby League) and they say ‘you can’t promote Optus because Telstra is in the major sponsorship,’ well that’s how it is. We’ve got a lot of good people helping is put on these shows, and you can’t just go and grab a competitor as your sponsor, because you feel like it.

So Dennis Hogan won’t be wearing those trunks to the ring. That’s it.”

Now we wait for later on Tuesday night U.S. time to see if Hogan really intends to leave over his sponsored trunks, or if he will get in the ring, accept a good payday and tangle with the dangerous Tszyu.