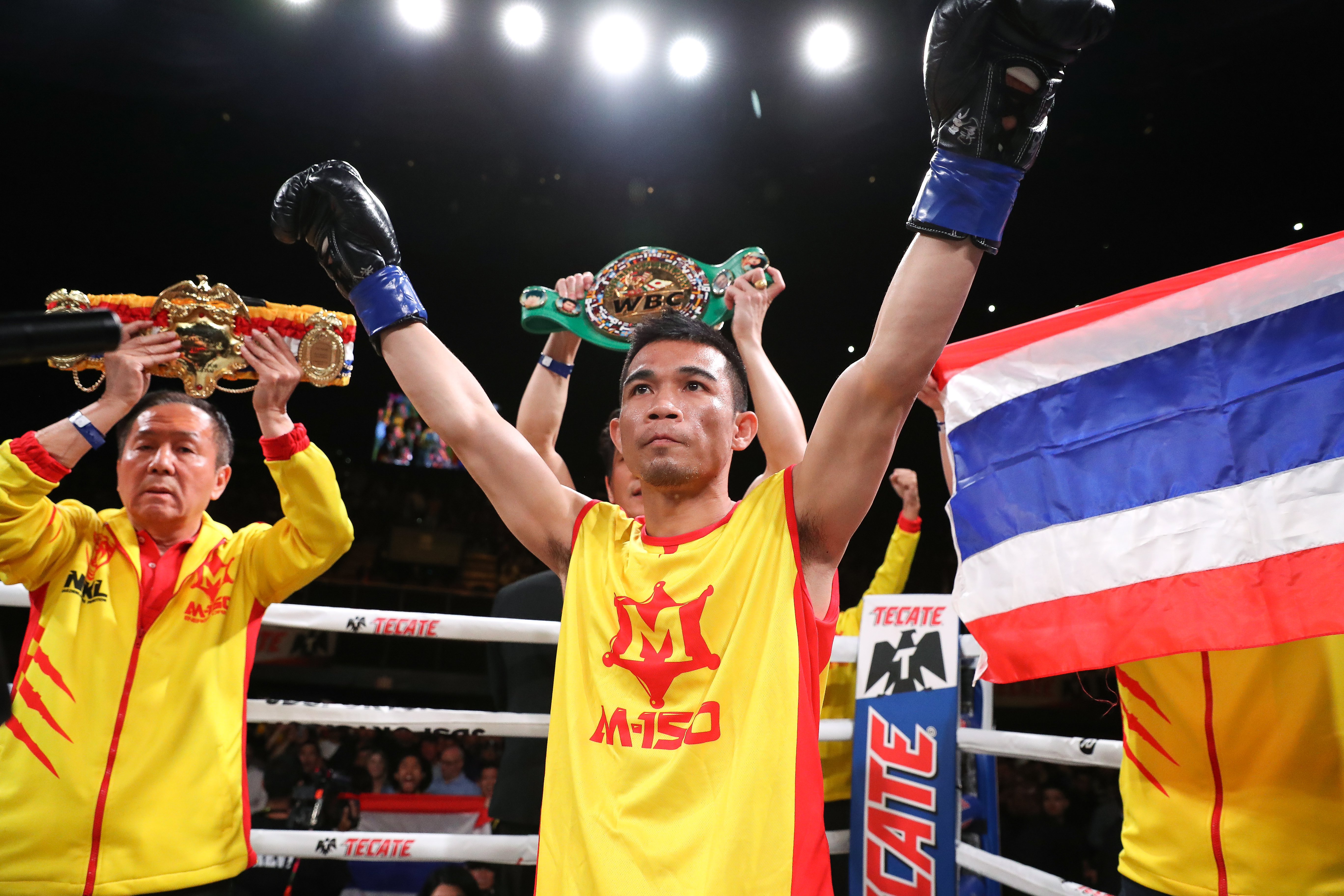 Former WBC Super flyweight Champion, Srisaket Sor Rungvisai, is looking forward to a possible World Title rematch and he has helped himself with a non-title victory Saturday in Thailand.

Sor Rungvisai, 48-5-1, 41 KOs, who had not been in action since April of 2019, scored a 10-round unanimous decision over veteran, Amnat Ruenroeng, in a main event fight without fans in Bang Phun, Thailand.

Sor Rungvisai, who burst upon the Worldwide scene with his March 2017, 12-round decision upset of Ramon “Chocolatitio” Gonzalez at Madison Square Garden in New York, is looking to work his way back to a third fight with Gonzalez. Or, he is also interested in a rematch with, Juan Francisco Estrada, who took the WBC 115-pound belt from him in his last fight.

In Saturday night’s action Sor Rungvisai, who is believed to be 33 years old, got off to a bit of a slow start, and was even cut over the left eye by an accidental clash of heads.

Sor Rungvisai stepped up the attack after that happened and continued to press the action, landing significant right-left combinations and hard punches to the body on the inside. He was more aggressive and landing many more important punches, as the fight went on.

Ruenroeng, who is now 20-3, and is believed to be 40 years old, seemed to wear down over the course of the final couple of rounds with Sor Rungvisai out landing him at times, 3-4 to 1 in their exchanges.

Now, he awaits what will happen with the two champions that he has previously squared off with and beaten.

Sor Rungvisai followed up his upset of Chocolatito by destroying him in a 4th round KO in Carson, California, in September of 2017. He also defeated Estrada defending his 115 lb. title in February of 2018 by majority decision, and had one more successful title defense later in 2018 before Estrada took the belt from him in April of 2019 by decision.

As we wrote last month, the Nicaraguan Gonzalez is back in training in Southern California after his February WBA Super Flyweight TKO title win over Khalid Yafai. He is now aiming for a potential 115-pound unification battle with Estrada.

Gonzalez also defeated Estrada earlier in their careers in November of 2012 by unanimous decision for the WBC Flyweight (112 lb.) belt.

It’s most likely the Gonzalez – Estrada fight will take precedence over either one of them wanting to fight Sor Rungvisai, despite him having victories against both of them. However. Sor Rungvisiai could certainly end up rematching the winner of Chocolatito-Estrada’s potential unification fight, next year.