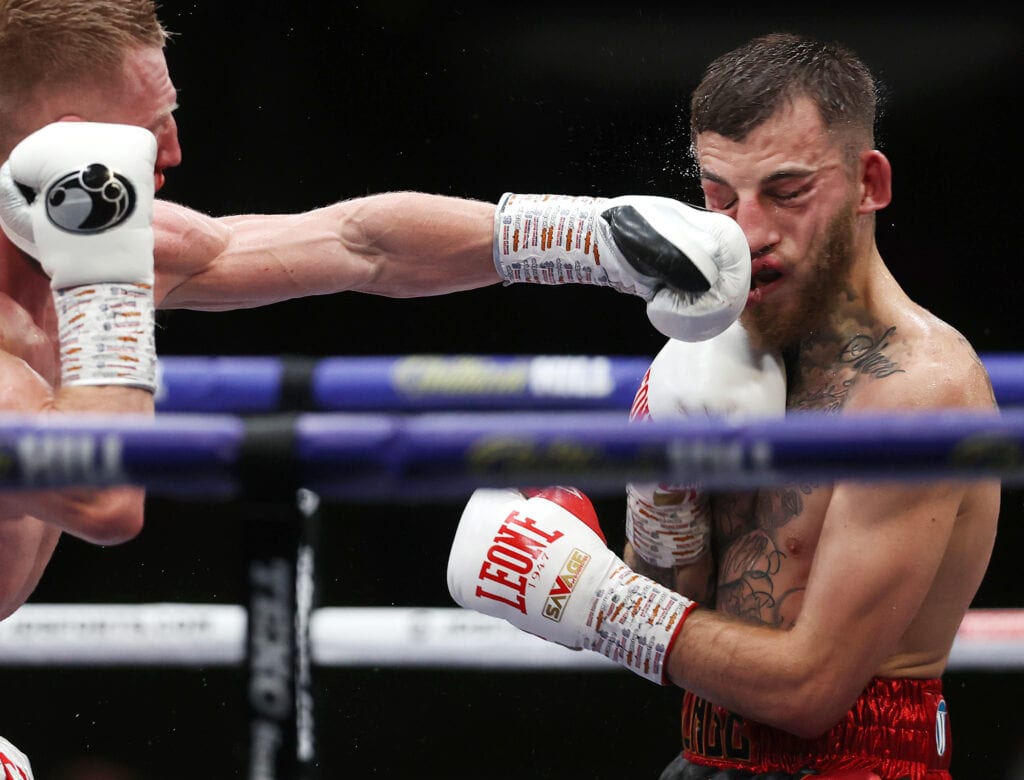 The broadcast, which was seen on the streaming service DAZN and Sky Sports in the United Kingdom, saw the Super Welterweights clash for the IBF “International” 154 lb. belt and did not disappoint.

This contest picked up in the second round when Cheeseman stunned Eggington with a nice right and was on shaky legs for the last minute on that round but was able to keep battling back to close out the round. Eggington did in that sequence the smiled back at Cheeseman, the international sign of “you got me there.”

Plenty of solid back in forth during this contest, and that continued in the fight. Eggington was able to hang into this contest by trying to get in on the inside of Cheeseman. As the match went on, the output of Cheeseman was able more effective as he kept throwing more than Eggington, who kept having to guard more than he could fire back.

Broadcast halfway through the contest had the fight in favor for Cheeseman so much, they gave him every round. I didn’t see the fight that wide as the match was pretty back and forth. Eggington was able to land better shots, and it helped those shots created a broken nose for Cheeseman as a target in the seventh round.

Final moments of this slugfest in the eighth round saw both exchanged back and forth. where it looked like one of them was about to be knocked down before the bell ended the action in the series. The same frantic pace and action happened, as well as, in final round.

From that moment on, Eggington seemed to be able to move more fluidly, but Cheeseman, in the end, was able to land crisper shots for the victory in what was toe-to-toe action for a majority of the fight.