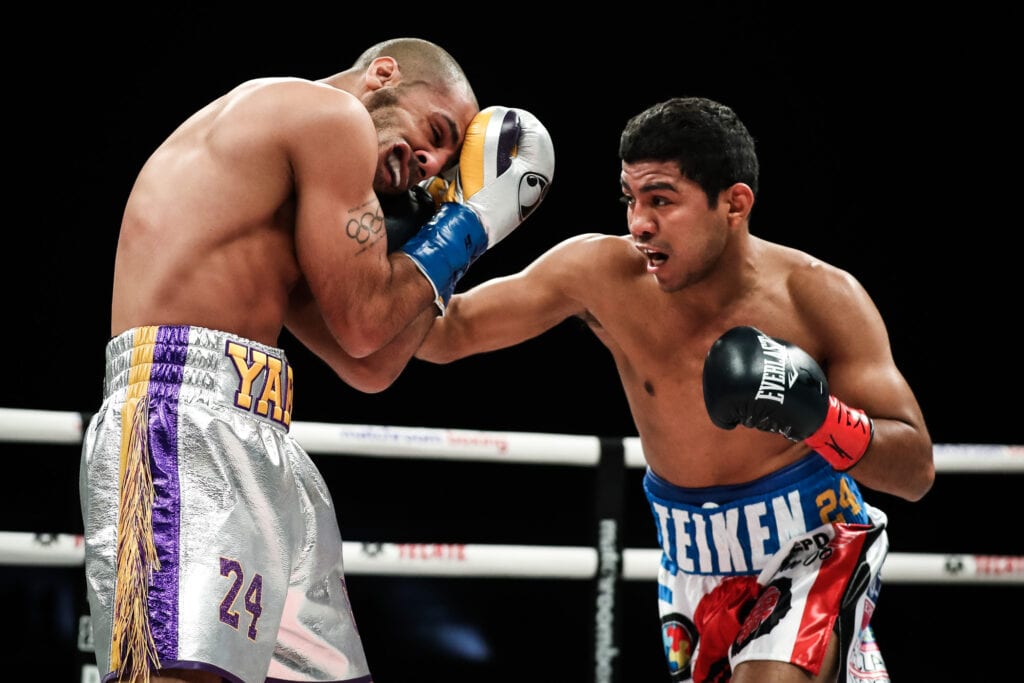 “Chocolatito” back in training- aiming for Estrada rematch

WBA Super-Flyweight titleholder, Ramon “Chocolatito” Gonzalez, is anxious to get back into action later this fall and he has begun training camp in the United States.

According to ESPN boxing Insider Steve Kim, the Nicaraguan native, who has been one of the most exciting knockout artist in the smallest weight divisions in boxing the last 10 years has set up camp in California:

'Chocolatito' is back in Coachella, camp has started. Looking at a September return…. #boxing https://t.co/K8jxB6L1Wl

Chocolatito was last in action in February regaining the WBA version of the 115 lb. title, when he stopped Britain’s Kal Yafai in the 9th round in Frisco, Texas.

Gonzalez previously won the WBC Flyweight Championship with a knockout win over Akira Yaegashi in Japan in September of 2014. He successfully defended that title five times over the next three years before losing to Thailand’s Srisaket Sor Rungvisai in March of 2017 in a tough battle by majority 12 round decision.

Sor Rungvisai, then battered Gonzalez in their rematch six months later, stopping him in just four rounds and sending Chocolatito into semi-retirement.

He came back a year later and won a non-title battle with Moises Fuentes in Las Vegas on the undercard of Canelo-Golovkin II in September of 2018. He then took another full year off, that included rehabbing a knee injury before winning another fight in Japan last December. That got him the title shot three months later with Yafai.

As we wrote previously Chocolatito, who also held the WBA minimum weight title from 2008-12, is interested in a potential rematch for 115 lb. unification with Juan Francisco Estrada.

Estrada holds the WBC Super Flyweight title after having beaten Sor Rungvisai (Gonzalez’s nemisis)  for it. Chocolatito defeated Estrada in November of 2012 by unanimous decision for the WBC 112 lb. belt.

“We want to beat the best, ‘Gallo’ Estrada. So, we want him to tune-up as much as possible.”