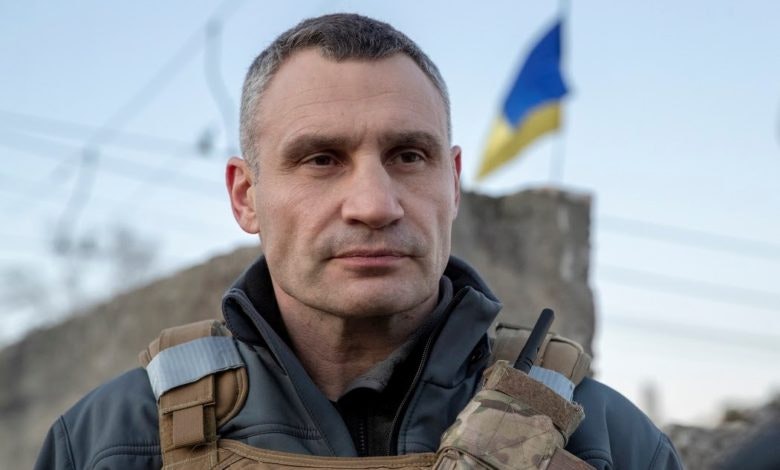 Former heavyweight champion Vitali Klitschko, the mayor of Kyiv, Ukraine since 2014, will receive the Arthur Ashe Award for Courage during the 2022 ESPYS on July 20 (ABC, 8 p.m. ET) in Los Angeles, ESPN announced on Tuesday.

The award is given to a member of the sporting world who makes a difference beyond the field of play.

Klitschko has been a key figure during Ukraine’s fight against the unprovoked invasion by neighboring Russia that began in February.

“It is a great honor for me to receive this award,” Klitschko said in a statement to ESPN. “I am convinced that this is a recognition of the courage and inviolability of the Ukrainian people, who have been bravely resisting the Russian aggressor for more than three months. This is an award for everyone who defends the independence and freedom of Ukraine.”

Klitschko is the longest-serving mayor in Kyiv history.

“Vitali’s poise and strength as his city and country faces unfathomable tests have far surpassed the incredible resolve he demonstrated as one of boxing’s top heavyweight champions,” said Rob King, executive editor-at-large for ESPN content. “His commitment to the people of Ukraine has been a global inspiration, and his bravery is a prime example of the resilience of the human spirit. It is our privilege to bestow him with the Arthur Ashe Courage Award.”

Vitali Klitschko previously held the WBO heavyweight title for two years (1999-2000) and had two stints as WBC world title holder (2004-05 and 2008-12). He is one of a select few fighters (Muhammad Ali and Evander Holyfield are two) to have regained at least a portion of the world heavyweight title on two more occasions.

The Ashe Award has become one of the most prominent, prestigious, and talked-about honors in sports, and has recognized global icons like Muhammad Ali and Nelson Mandela, little-known heroes like Zaevion Dobson and Emmanuel Ofosu Yeboah, sports legends like Pat Summitt and Billie Jean King, and many more.