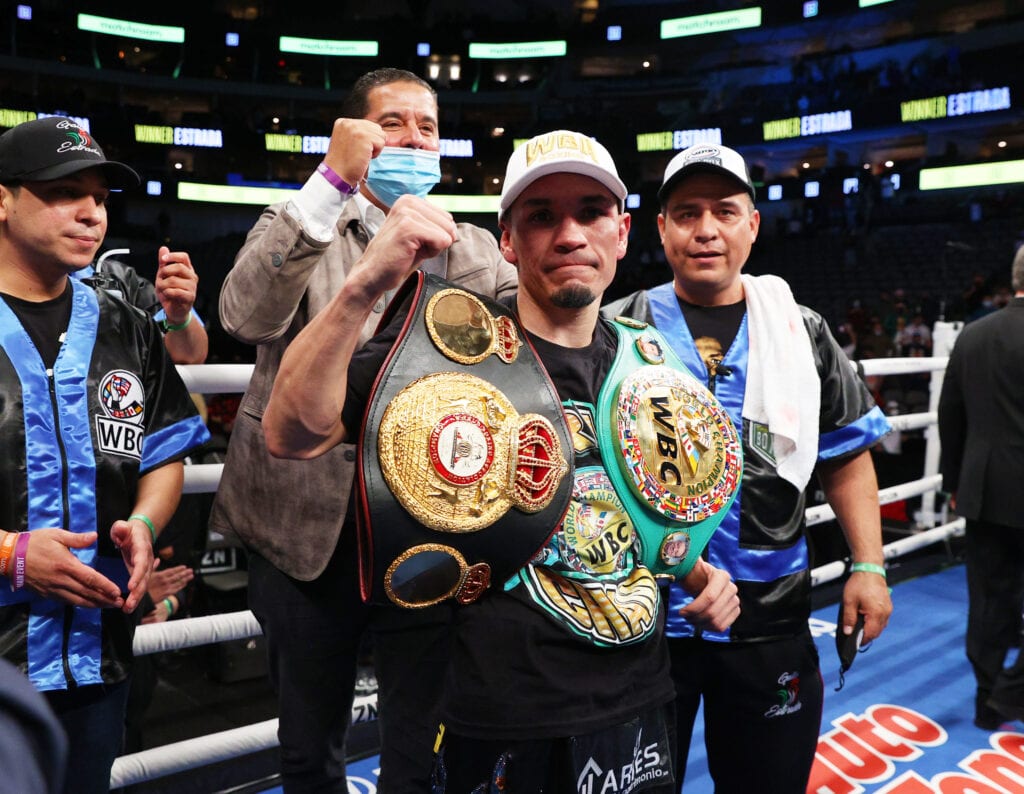 In May, junior bantamweight champion Juan Francisco Estrada and secondary titlist Joshua Franco signed for a WBA mandatory fight after Golden Boy, Franco’s promoter at the time, won the purse bid. Golden Boy was planning to put the fight on July 16 but it did not come off.

Now, it appears as though it will not happen at all with Estrada planning to vacate the belt to instead face rival and four-division champion Roman “Chocolatito” Gonzalez in a rubber match, a source with knowledge of the plans told Fight Freaks Unite and Big Fight Weekend.

Estrada (42-3, 28 KOs), 32, of Mexico, plans to take a tune-up fight in September and then face Gonzalez in December, the source said. Estrada and Gonzalez are both aligned with DAZN.

When Estrada vacates, the WBA would elevate Franco (18-1-2, 8 KOs), 26, of San Antonio, who became a promotional free agent last month after the expiration of his Golden Boy deal, manager Rick Mirigian told Fight Freaks Unite. Franco last fought in August of 2021, when he beat Australian Andrew Moloney on a 12 round decision in Tulsa, OK.

Estrada has not fought since a controversial split decision win over Gonzalez to unify the WBC and WBA 115-pound titles in March 2021 in a contender for fight of the year. He later vacated the WBC belt and was given the “franchise” title.

The third fight between Estrada and Gonzalez was initially ticketed for this past October but postponed when Gonzalez came down with Covid-19. It was then scheduled for March 5 in San Diego but called off six weeks beforehand when Estrada pulled out after contracting Covid-19.

Gonzalez (51-3, 41 KOs), 35, of Nicaragua, instead faced late replacement Julio Cesar Martinez, the WBC flyweight titlist, who moved up for the fight, and dominated him in a lopsided decision win.

In their first meeting in 2012, Gonzalez and Estrada produced a barnburner in which Gonzalez won a decision to retain his junior flyweight title.