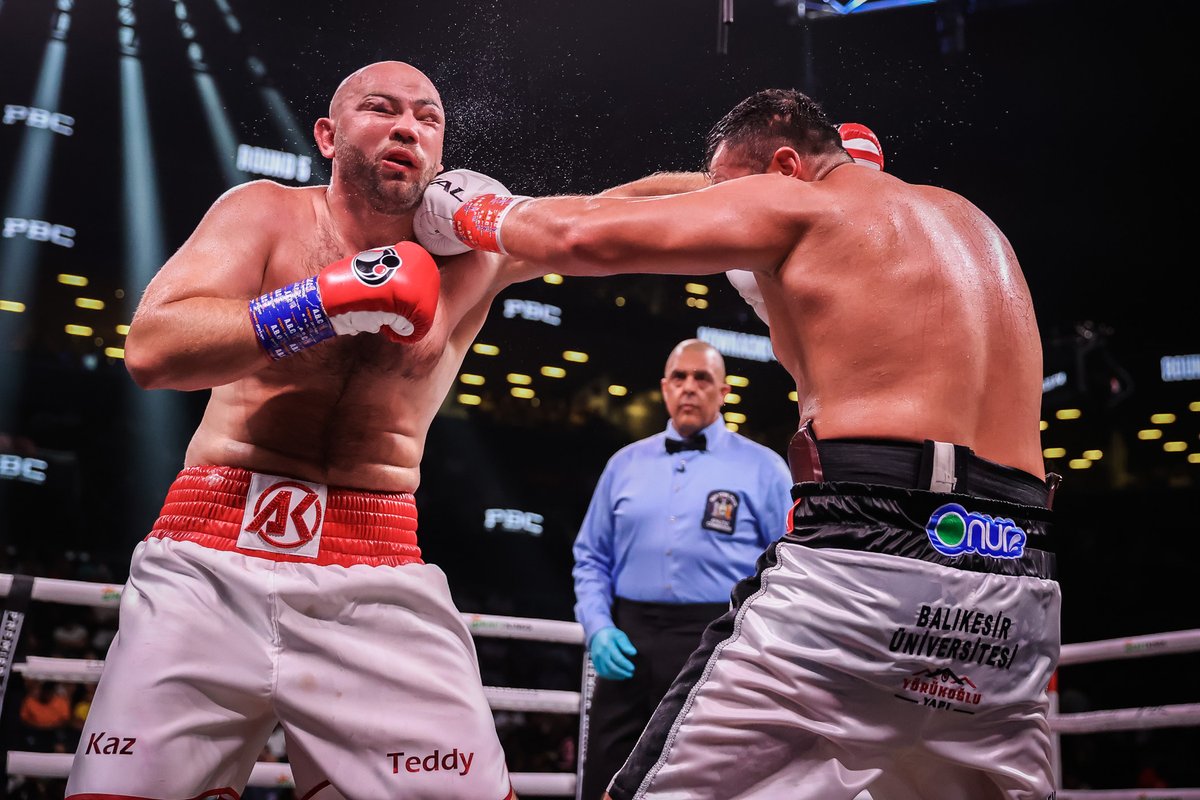 Polish American heavyweight Adam Kowanacki was looking for a big performance to get his career back on track, but unfortunately for him, he ran into a tougher, better fighter, yet again, on Saturday night in Brooklyn, New York.

Ali Eren Demirezen shook off Kownacki’s fast start in the first couple of rounds and out-slugged him over the next eight rounds of a unanimous decision win on the Showtime Boxing card from Barclays Center in Brooklyn. Demirezen won by scores of 97 – 93 on two cards and 96 – 94 on the 3rd to take home his sixth consecutive win.

It was not easy early for the former Turkish Olympian Demirezen. This, as Kownacki, who had lost his previous two fights to Robert Helenius, came out with both hands firing. Kownacki landed 30+ punches in each of the first two rounds using a jab and a hard right hands behind it and also scoring to the body.

However, Eren Demirezen, now 17-1, 12 KOs, seemed to taste Kownacki’s best punch and then gained confidence that he would be able to land his own without being hurt in return. Demirezen repeatedly snapped Kownacki’s head back with hard right hands throughout the rest of the fight And, he also landed solid uppercuts inside, as Kownacki, now 20-3, clearly was a fatigued fighter from the fifth round on.

There were no knockdowns in the bout and neither fighter was in serious trouble, but clearly The Turk Eren Demirezen was in command.

The victory all but assures Eren Demirezen that he will get a more significant heayweight about for Premier Boxing Champions in the near future. And, on the other side, the third straight Kownacki loss reduces his marketability even more.

Kownacki had looked like a possible title contender before Helenius shocked him on a TKO in March of 2020. A year and a half later in October of last year, Helenius stopped Kownacki again and put his career into a real crossroads headed into Saturday.

And, even though Kownacki took the punches and fired back, he simply wasn’t good enough against an evenly matched fighter.

Jake Paul PPV Off Due To Hasim Rahman Weight Issues
Danny Garcia In Fine Form After Layoff
Advertisement
To Top
We use cookies to ensure that we give you the best experience on our website. If you continue to use this site we will assume that you are happy with it.OkPrivacy policy