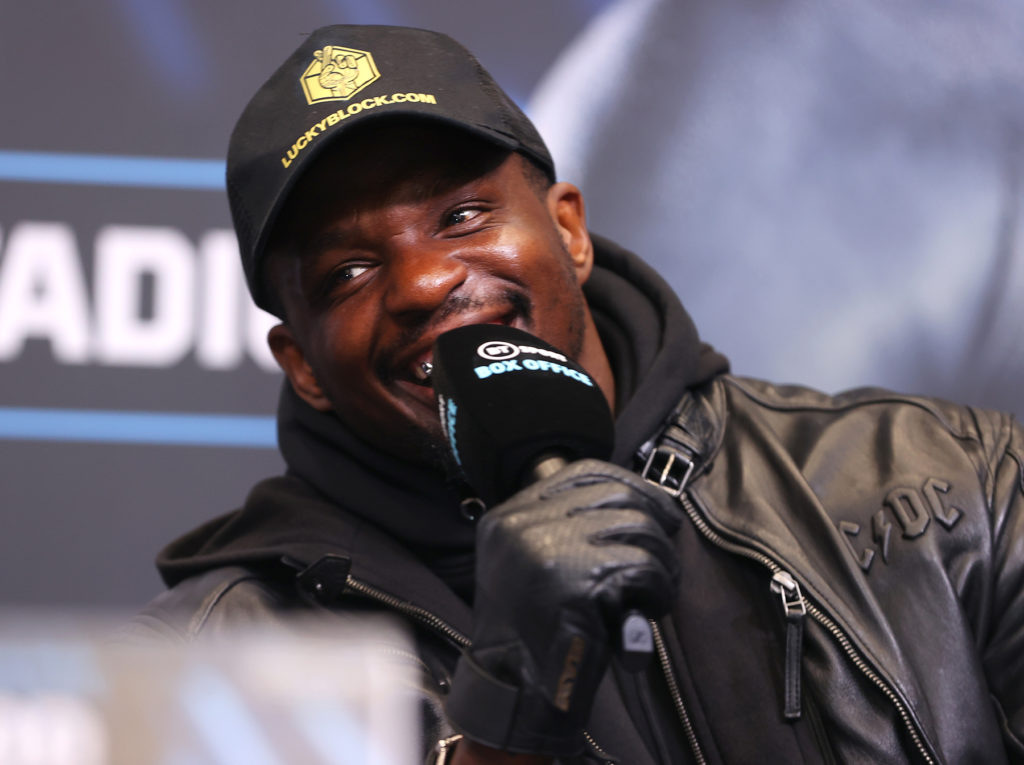 Dillian Whyte said Monday that his fight with heavyweight champion Tyson Fury was stopped prematurely and that referee Mark Lyson should have called a foul and given him recovery time during the fight-ending sequence because Fury shoved him to the mat after connecting with a damaging right uppercut.

“When the uppercut landed I was buzzed. I was trying to re-gather my senses and he proper pushed me and I fell over and hit my head on the canvas, which is illegal,” Whyte said in an interview with Sky Sports.

🗣️"This isn't wrestling, this is boxing!"

Dillian Whyte believes he should have received extra time to recover after he was 'pushed' by Tyson Fury, just seconds before his world title stoppage defeat at Wembley. pic.twitter.com/veqvGTa2Gb

“This ain’t wrestling. This is boxing. But as usual, they let Fury do what he wants and get away with it. I should’ve been allowed extra time to recover and then carried on fighting. Referee ain’t doing his job.

“OK, I got caught. Good shot, an uppercut. No doubt about it. I was hurt. I didn’t go straight down. I was trying to recover. Then he two-handed pushed me and I fell over and hit my head. Terrible job from the referee there. I should have had time to recover and go back to my corner. But it is what it is.”

In the waning seconds of the sixth round on Saturday, Fury connected with a brutal right uppercut and then did shove Whyte, who crashed to the mat flat on his back.

As Lyson began to count, Whyte (28-3, 19 KOs), 34, rolled over on all fours and got to his feet by eight. But when he took a step forward at Lyson’s command, his legs betrayed him and he badly wobbled into the ropes. Lyson grabbed him and waved off the fight with one second left in the round.

Whyte, who did not do an in-ring interview after the bout or appear at the post-fight news conference, told Sky he would like a rematch with Fury (32-0-1, 23 KOs), 33, his British countryman, who said he would retire after the fight. Together they generated a sold-out crowd of 94,000 — a European boxing attendance record — at Wembley Stadium in London.

“I hope (Fury) doesn’t retire because I want another go,” Whyte said. “I’m not a sore loser. You win some, you lose some. This is boxing.”

It appears unlikely he will get a rematch but Whyte said he would nonetheless continue to box.

“I’m not one of those guys who wants to go out on a loss or a bad performance,” Whyte said. “I’m still young enough. I still go a lot left in me. I still feel strong. I’m still getting better. I fought he best in the world, wasn’t outclassed. It’s not a long, hard road back. One fight and I’m back.”