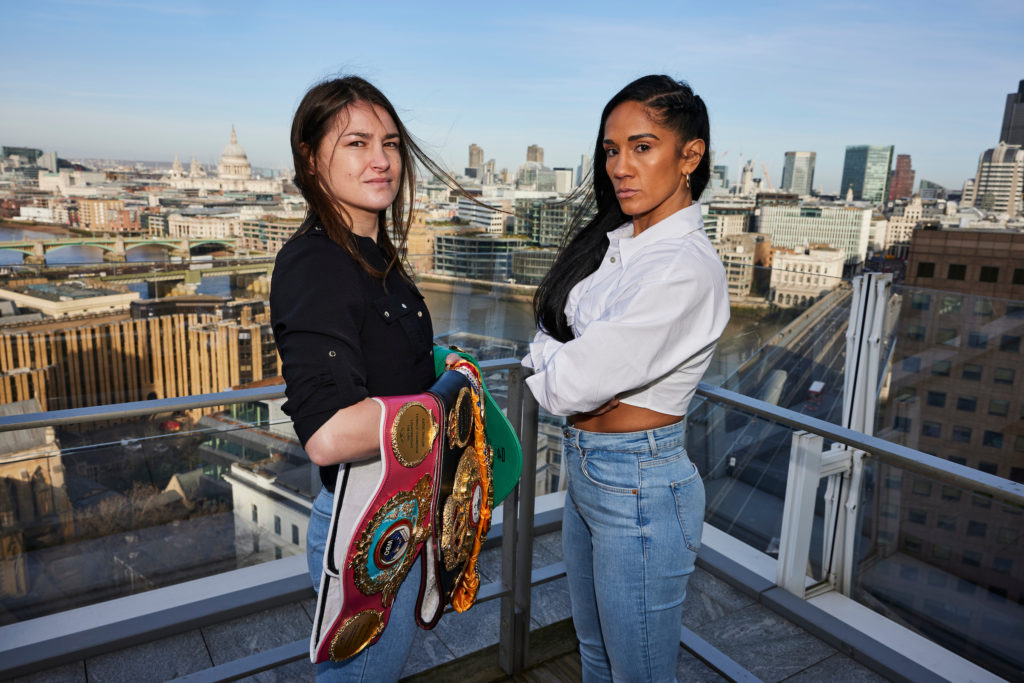 In a sign that their undisputed ladies lightweight world title bout is “crossing over” into mainstream sports/interest, champion Katie Taylor and challenger Amanda Serrano appeared together on NBC’s famed “Today” show to promote their Saturday night main event at Madison Square Garden.

And, not surprisingly, both women are understanding of the significance and their roles in it, for women’s boxing. But, they also both made clear to the show seen by millions every morning that the primary focus isn’t the acceptance/growth of women’s boxing, but rather- who’s winning Saturday.

“We’re both going to go in and do whatever we have to do to win the fight. We don’t train to lose,” the unbeaten Taylor told Today. “We’re both great champions, and one of the reasons this fight is so special is because it is the best vs. the best in the world. It’s an amazing moment.”

“I always want to break records, make history. To be in this iconic event, sharing the ring with another amazing champion, Katie Taylor, an undefeated champion, an undisputed champion, it’s truly an honor,” Serrano said Tuesday morning.

The bout was originally set for the Summer of 2020, but ended up being delayed by the Covid 19 pandemic and then a contract dispute over money for Serrano. But, now, the 42-1-1 (30 KOs) Serrrano finally gets her shot nearly two years later at the 20-0 (6 KOs) Lightweight queen in Taylor, who’s making her sixth defense on Saturday night.

Serrano has a deal with the internet star Jake Paul’s Most Valuable Promotions. And, she just fought for the second time on Paul’s PPV card last December in Tampa, FL, winning the co-feature bout in a decision over veteran Miriam Gutierrez. Serrano has held seven different world titles in the four weight classes and she is widely regarded as the most accomplished female championship boxer ever.

Meanwhile, for Taylor, the former Olympic Gold medalist is unbeaten at 20-0, 6 KOs, and just recently headlined on December 11th for Hearn at the Matchroom show in Manchester, England. She scored a 10 round decision over Firuza Sharipova to successfully defend her titles for fifth time, since becoming undisputed in a decision victory over Delphine Persoon. That bout came against Persoon also at Madison Square Garden’s main arena on the undercard of Andy Ruiz’s TKO upset of Anthony Joshua in June of 2019.

Now, she’s back headlining there and against her toughest opponent to date. And, the publicity will only grow this week.