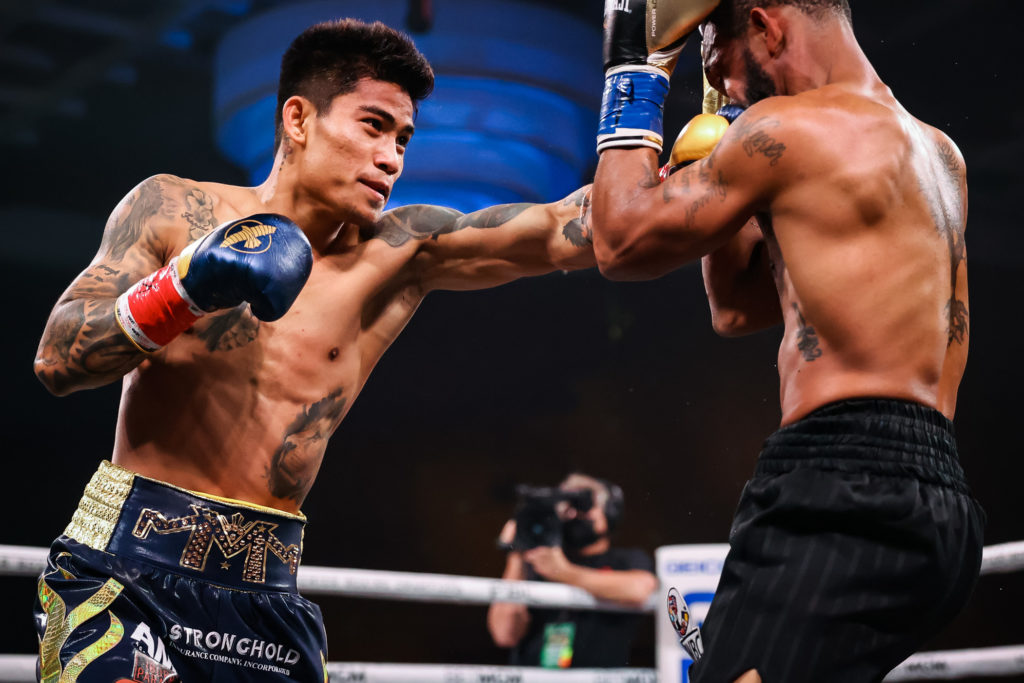 On Monday afternoon it was confirmed that  the first title defense of new WBC Featherweight Champ Mark Magsayo of the Philippines will come in July at the Alamodome in San Antonio against unbeaten, Mexican star, Rey Vargas.

Showtime Boxing made it official online that they will broadcast the bout as their main event on Saturday night July 9th. From their release:

Tickets for the live event, which is promoted by TGB Promotions, go on sale Wednesday, April 27 at 12 p.m. CT and are available through Ticketmaster.com.

The July 9 event is topped by the Filipino Magsayo making the first defense of his title against Mexico’s Vargas, in the latest chapter of the storied boxing rivalry between the two countries, adding to a legacy of fights that includes the series of battles fought between Manny Pacquiao and Juan Manuel Marquez.

As we wrote in January, Magsayo, 24-0, stunned WBC champ Gary Russell in Atlantic City, NJ, by majority 12 round decision to capture the title.

Russell, was fighting for the first time in almost two years, while making the sixth defense of his 126 lb. title. And, not surprisingly, he showed ring rust and eventually, suffered an obvious injury early on in the bout.

Russell clearly had his right shoulder hurt from a punch from Magsayo in the fourth round. This, as the Filipino fired a straight right while Russell was moving to his left and it caught him flush on the collarbone area.

Russell could be heard on the Showtime mics in between rounds telling his corner that his shoulder was injured, and for the next few rounds he threw almost no punches with his right.

The southpaw Russell was unable to throw his jab with any zip and the Showtime Boxing “Sho Stats” revealed that he didn’t land a jab after the fifth round for the rest of the fight. Meanwhile Magsayo, who improved to 24-0, out-landed Russell 140-58 in power punches for the bout. He was effective scoring to the body and straight rights to the head in the second half of the bout.

Vargas is 35-0, 22 KOs, is the former longtime WBC super bantamweight champ who successfully defended the title six times from 2016-19. He vacated the 122 lb. belt during the Covid 19 pandemic year of 2020 and has only one fight in the last 21 months and that came in a decision over Leonard Baez in November of 2021.