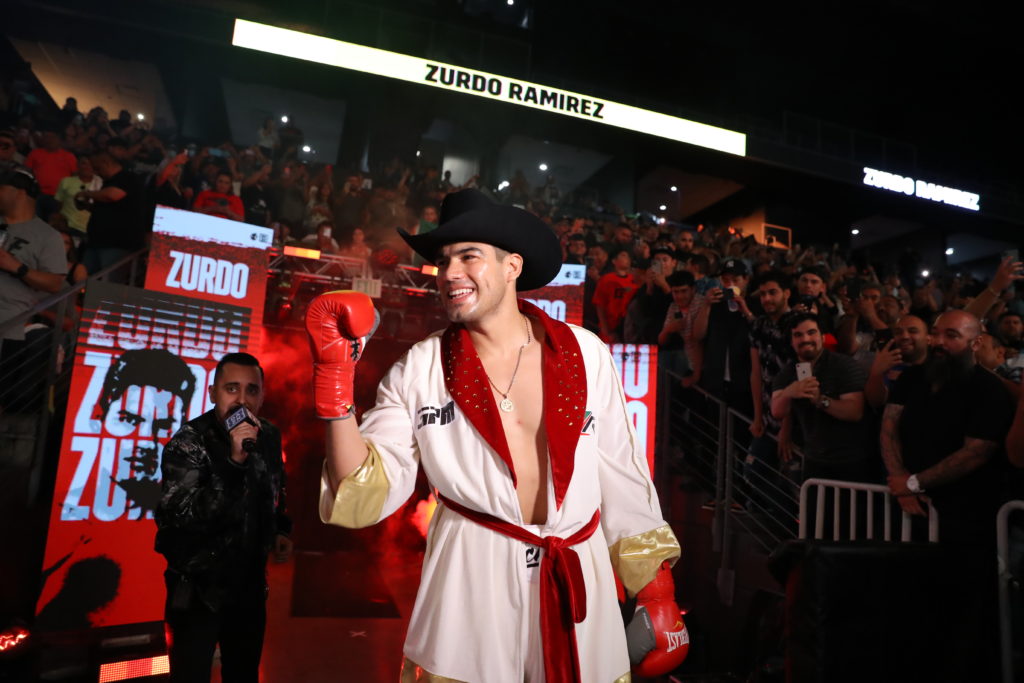 On Wednesday Matchroom Boxing promoter Eddie Hearn revealed that a bout between unbeaten WBA world light heavyweight champ Dmitry Bivol and English contender Joshua Buatsi is in negotiation. However, top WBA 175 lb. contender Gilberto “Zurdo” Ramirez and his management want to know why the discussions about a Bivol defense aren’t with them.

First, here’s Hearn making  brief reference to a possible bout between the Russian champ and Buatsi,

“It’s not done yet, it’s not signed, but we’re seeing if we can make the numbers work.”

Bivol is off the win of his career, when he upset future hall of famer Canelo Alvarez by decision in May to retain his light heavyweight strap. Further, Alvarez invoked his rematch clause to fight the Russian again in what will be a much more massive payday for Bivol at some point.

The complication for Bivol is that Alvarez has decided in the short term to follow through with his plan to fight a third bout with Gennady Golovkin this September in what will be one of the most anticipated bouts of 2022 and even, the last five years or so, in the sport.

So, Bivol needs an opponent and that’s where Hearn is advancing his fighter, the unbeaten Buatsi to fill the spot.

But, that isn’t sitting well with famed Oscar De La Hoya and his Golden Boy Promotions, which have Zurdo Ramirez waiting for his title shot. For his part, Ramirez improved to 44-0, 29 KOs the week after Bivol’s upset of Canelo. That’s when Ramirez pummeled little known Dominic Boesel into submission with body shots in a 4th round TKO.

The win re-affirmed Ramirez as Bivol’s mandatory challenger and has led to much educated speculation that Bivol would give him the title shot.

Well, now that it’s rumored to be someone else, De La Hoya took to social media Wednesday night,

Zurdo Ramirez made two successful tittle eliminators and is now ready to face Bivol for the @WBABoxing.

While the tweet doesn’t specifically speak to the Russian fighting Buatsi instead of Ramirez, that’s exactly what he’s referring to in the comment.

It should be noted that De La Hoya and Matchroom have had a good working relationship on fights and fighters in the past, but Hearn is obviously looking for his own financial interests with the proposed Bivol-Buatsi bout to likely be in London.

Another factor in the argument is that Zurdo Ramirez would be a bigger danger to upsetting Bivol and thereby, taking away much of the impact of the Russian’s proposed second fight with Canelo and Hearn’s potential promotion of it.

Buatsi is clearly less proven on the biggest stages and would be an easier fight for Bivol. He’s 16-0, 13 KOs, and having decisioned fellow countryman Craig Richards the week after Ramirez’s win in May. Still, he doesn’t have a noteworthy win at the highest level.

Meanwhile, Ramirez is the former WBO world champ at super middleweight having defended the belt five times before vacating and moving up to 175 lb.

Now, we’ll wait for the WBA (don’t laugh) to help sort out, whom fights Bivol in his next defense?