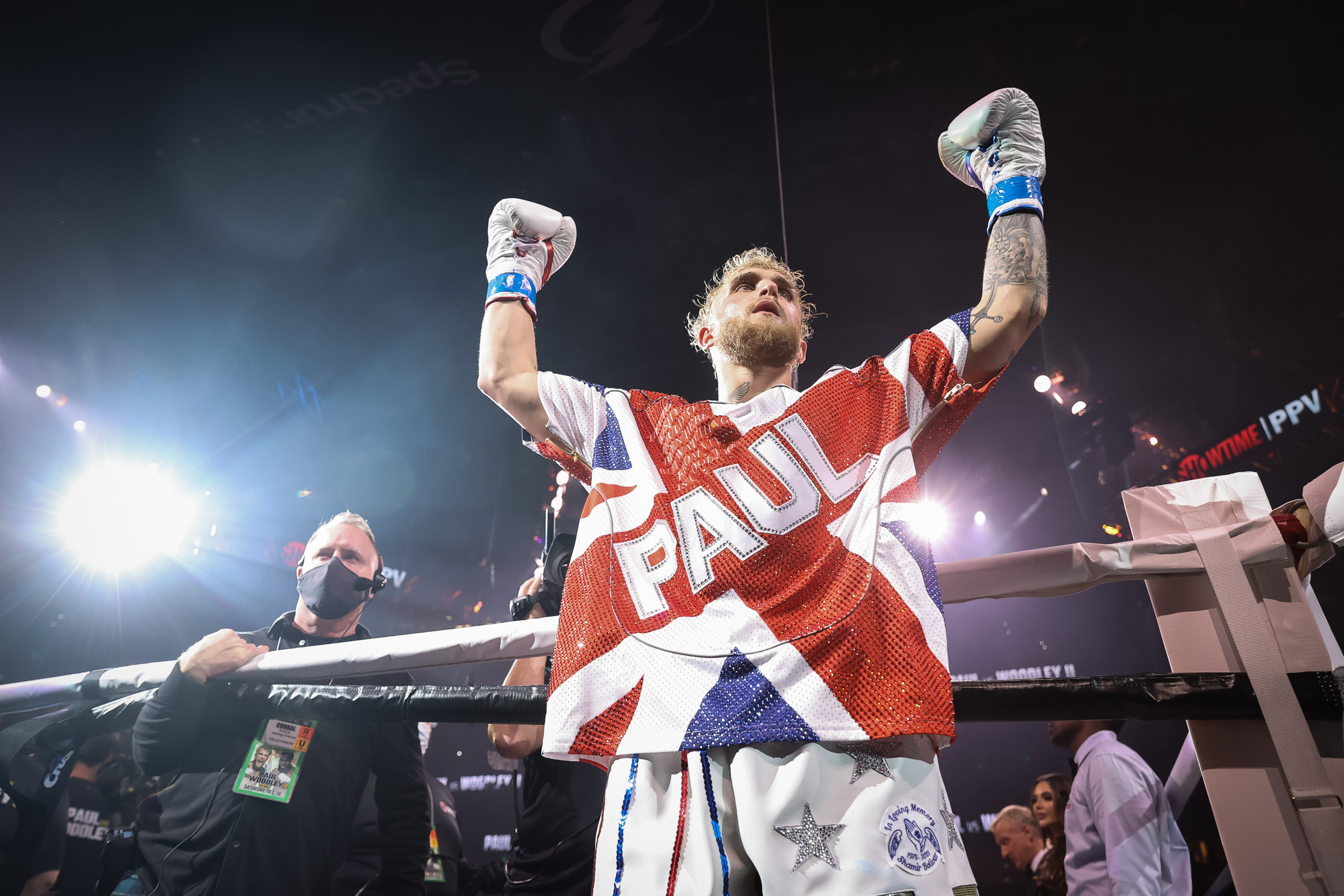 Thursday morning saw Youtuber/social media star turned fighter Jake Paul make official what had been rumored for a couple of days, he’ll fight the son of a former unified heavyweight champion next.

Paul relayed on what else, social media, that he’ll now fight Hasim Rahman Jr. on August 6th at Madison Square Garden in a Showtime Boxing PPV.

August 6 I’m showing the world that Jake Paul is a bad mother fucker.

Paul had been left in the lurch, yet again, by England’s Tommy Fury– the younger half brother of WBC Heavyweight champ Tyson Fury. This, as Fury agreed to fight Paul for a second time only to repeat his not showing up last December in the U.S. to fight Paul in a scheduled PPV in Tampa, FL.

Fury claimed injury a year ago in pulling out, but now, was experiencing visa problems with being able to come to the USA last week for the kickoff promotion of the August 6th fight.

This was also being complicated by  Tyson Fury’s long association with Ireland’s Daniel Kinahan. Kinahan is the powerful boxing manager and adviser who according to the U.S. government is also a purported organized crime kingpin. The FBI and U.S. Department of Justice recently sanctioned Kinahan, who was last known to be in Dubai, and several associates and placed $5 million bounties on them for their arrests. As part of that move, the U.S. also banned hundreds of people believed to be associated with him from entering the U.S. The Furys are apparently all involved in that ban.

Meanwhile, Paul has elected to move on to the younger Rahman.

The 31 year old Rahman Jr. is 12-1 as a pro against largely poor competition. And, the loss came in April in Las Vegas, when he was stopped in the 5th round by James Mckenzie Morrison, the son of the late former heavyweight champ Tommy Morrison.

Still, he’s the first credible fighter that Paul will have fought.

Paul is 5-0 having the last two wins were over former UFC Welterweight champ Tyron Woodley. The second of which was a thunderous, one punch KO in that Tampa, FL PPV when he replaced Fury. Paul also owns one punch kayoes of former MMA fighter Ben Askren and former NBA player Nate Robinson.

Rahman Jr. is mostly famous because his father was briefly unified heavyweight champion with his own one punch KO of Lennox Lewis in South Africa in April 2001. Lewis regained the title with an equal one punch elimination of Rahman in the rematch seven months later.