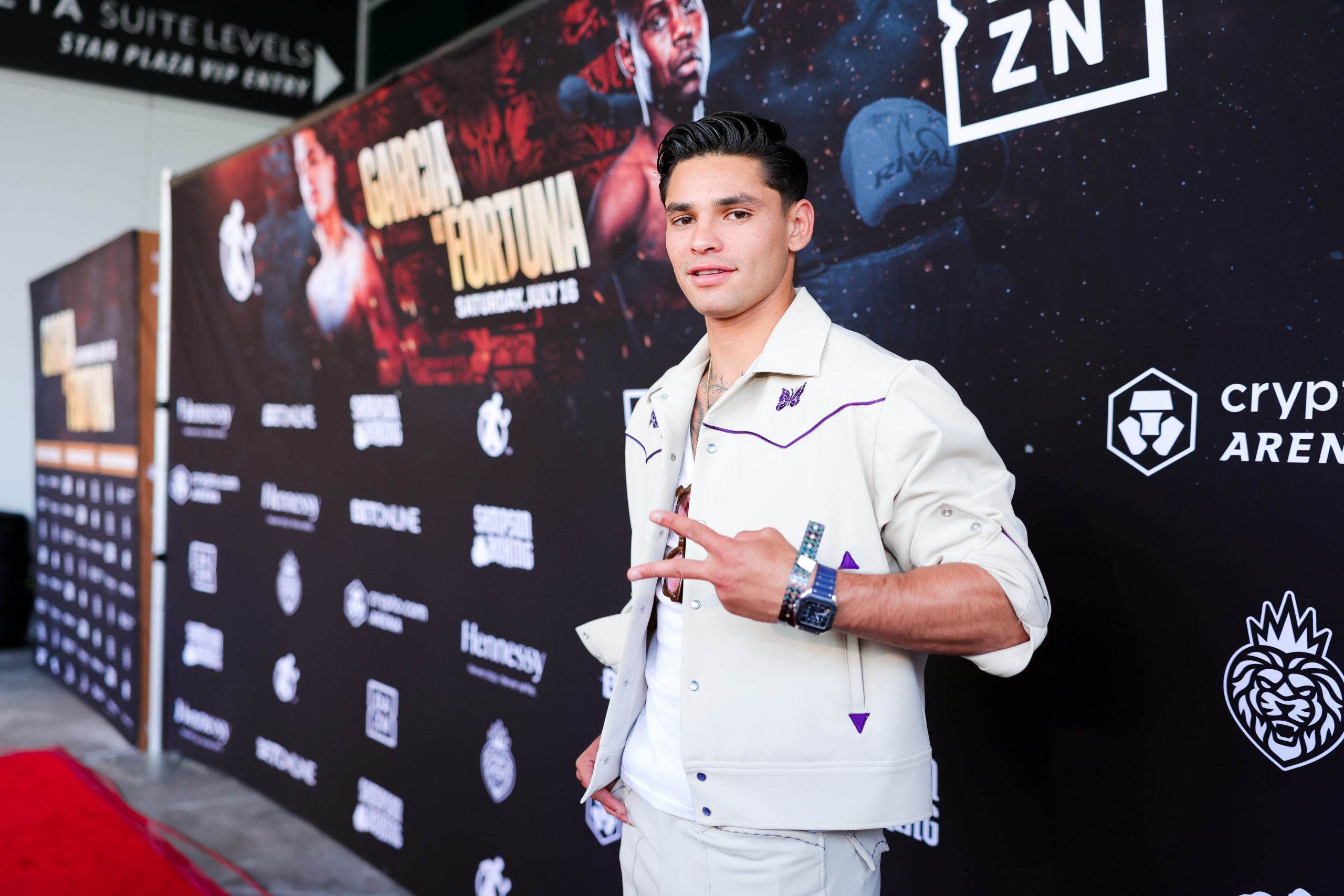 But, as much as Garcia was talking about veteran opponent Javier Fortuna, he also made immediately clear who he wants to fight next,

In case you missed today’s spectacular event at @cryptocomarena for Ryan Garcia vs Javier Fortuna first press conference. 🍿😎
Here are the best moments from a fan-filled day. 👀#GarciaFortuna | Live on @DAZNBoxing pic.twitter.com/4CAF7WOmey

First from the Golden Boy release on the Fortuna fight,

“I grew up [in Southern California], I have seen games here, this is Kobe’s house. I identify with him and the Mamba Mentality, and I am grateful to be able to fight at the Crypto.com Arena,” Garcia said.  “I have seen every style here and now I am fight here its a dream come true

“There have been a few things that have been out of our control that have prevented me from staying active. I feel like with things better now, there are more fights in my future I haven’t taken any damage. I feel good, I am healthy and ready to go.”

“I want Tank Davis next, that is what I have said. I know that Tank is a big fighter and so am I. Whoever wins that fight is the next face of boxing.”

“I think of every possibility to make fights in boxing. Both parties can come to an agreement, they need to be fair to each other and to the fights. Don’t be greedy, be firm, be fair and let’s look at the data.”

Garcia suggesting fighting Davis, who just kayoed Rolly Romero last month in his latest PPV win, is not anything new. In fact, Garcia and his promoter, Oscar De La Hoya, have publicly called for that matchup for the better part of two years.

But, obviously, the biggest component is that Davis, and by extension Premier Boxing Champions and Mayweather Promotions, won’t do deals with De La Hoya and Golden Boy. And, it doesn’t seem likely to happen in this case.

Then again, it looks like after Devin Haney defeated George Kambosos by decision for the undisputed lightweight titles in Australia last Sunday afternoon that Kambosos will invoke his rematch clause for them to fight, again. So, neither Davis or Garcia will be in a title fight until later in 2023 at the earliest.

So, Garcia-Davis seems to be the next biggest, non-title fight that potentially could be made.

Now, we wait for Garcia to battle and beat the veteran Fortuna in July, and see what does or doesn’t happen after that.