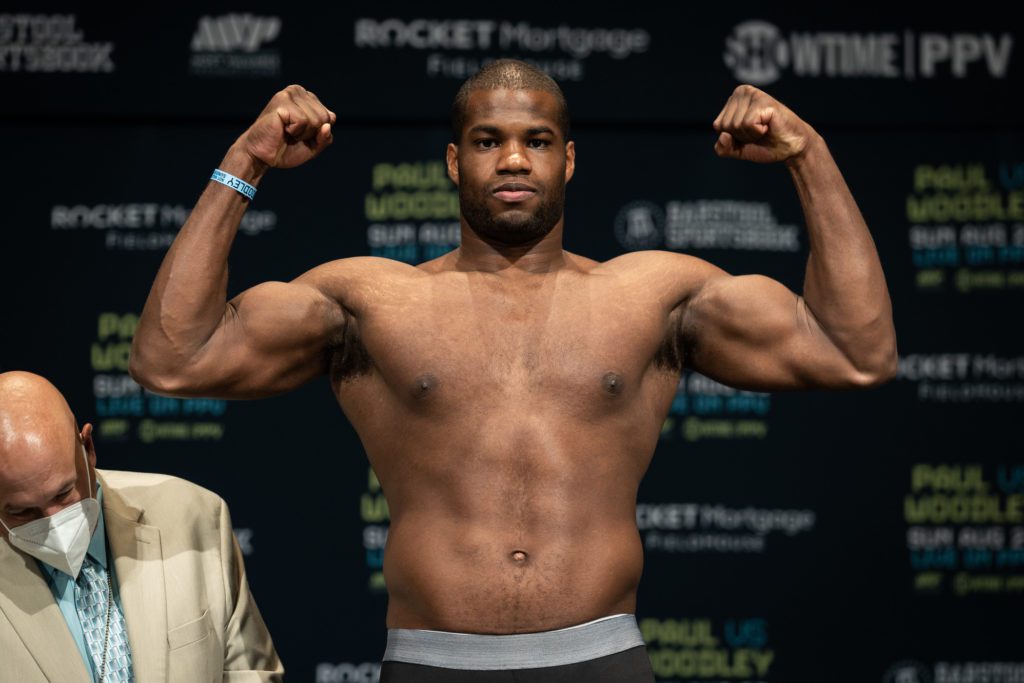 British Heavyweight Daniel “Dynamite” Dubois was looking for an impressive U.S. debut on the undercard of the Jake Paul-Tyron Woodley PPV. And, Sunday night in Cleveland, it didn’t take him long to get it.

The 23 year old Dubois, now 17-1, 16 KOs, wasted no time in jumping on the Virginian Cusumano and bombed him repeatedly with his trademark right hand. He dropped the American with an overhand right just over a minute into the round and Cusumano, who had won four of his last five fights, was clearly shaken up. He rose at the count of nine but Dubois sensed the chance to end it immediately.

A combo of rights and lefts to Cusumano had him down, again. The referee looked long at Cusumano before allowing things to continue. Dubois ended it with another series rights that dropped Cusumano for the final time with the fight waved off at 2:10.

“This was great. This was just my debut (in America)- just the beginning. I want titles,” Dubois said in the ring post fight.

When asked when he wants to be back? Dubois replied quickly, “as soon as possible. I want to be active and to get better.”

Dubois was on the fast track to title contention until fellow, unbeaten Brit Joe Joyce fractured his left eye and stopped him in late November of last year. Joyce punished Dubois for several rounds until his eye completely shut and the referee stopped the fight after Joyce scored a knockdown in the 9th round.

After having surgery, Dubois returned in June and destroyed veteran Bogdan Dinu in just two rounds to get his young, promising career back on track.

Now, we wait to see what awaits Dubois and it may be WBA top five contender Trevor Bryan. Although, Bryan may not want to take that kind of risk, while waits for the WBA to sort out, when he might get an eliminator fight.