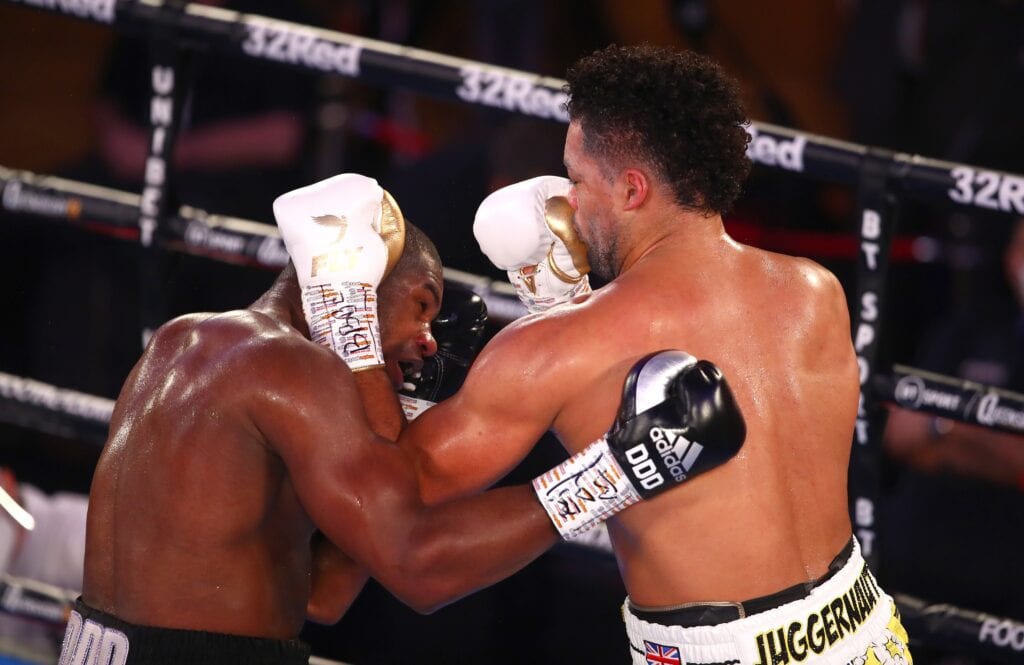 The much anticipated heavyweight matchup out of Westminster pitted Daniel Dubois and Joe Joyce and was worth the wait as Joyce won tenth round knockout to remain undefeated.

The time of the stoppage was thirty-six seconds in the tenth round for “The Juggernaut”.

The opening round started with Joyce establishing his jab early on, and the fight was off and running without much of a feeling out process between these two. In the second round, Dubois avoided the left-handed jab of Joyce and countered with his own shots. It felt as that the second round, you can see that Dubois could beat Joyce to the punch, which was the knock-on Joyce coming into this fight about hand speed.

The action picked up in the third with Dubois is applying the pressure early on, but Joyce was able to keep upright and continue sticking to landing the jab as he did into the first round. As the fight progressed, that lead jab kept Dubois off-kilter and uneasy. Dubois had a better fifth and was able to get inside on Joyce, where Dubois was having the most success.

The Juggernaut is now the British, European and Commonwealth heavyweight champion ???

By the middle rounds, Dubois’s left eye was swollen and was showing the effects of the jabs that Joyce was landing. That was all thrown out the window as but went toe to toe in the seventh round for the first half of the round. Dubois was just handing the better shots, but as the broadcast kept mentioning almost ad nasueum was the question of Dubois’s stamina as the fight kept pressing on.

David Payne wrote for us leading into the fight that the rarity it was for unbeaten prospects to square off in this day and age and this didn’t disappoint. As the fight went on what I liked was that Joyce was moving away from Dubois when he was throwing his ower shots, limiting the effects they would have when they land.  A move you’d expect from the older Joyce.

The tenth round was a quick one as a jab to that eye of Dubois stunned him, forcing him to take a knee and didn’t beat the referee’s ten count. His eye was closed shut and one would have wondered if that jab didn’t stop it, the ringside medical staff would have.

With the win, Joyce picks up the EBU, Commonwealth, British, WBC Silver, and WBO International. straps at heavyweight. Will that get him closer to the big titles will have to find out as time passes.