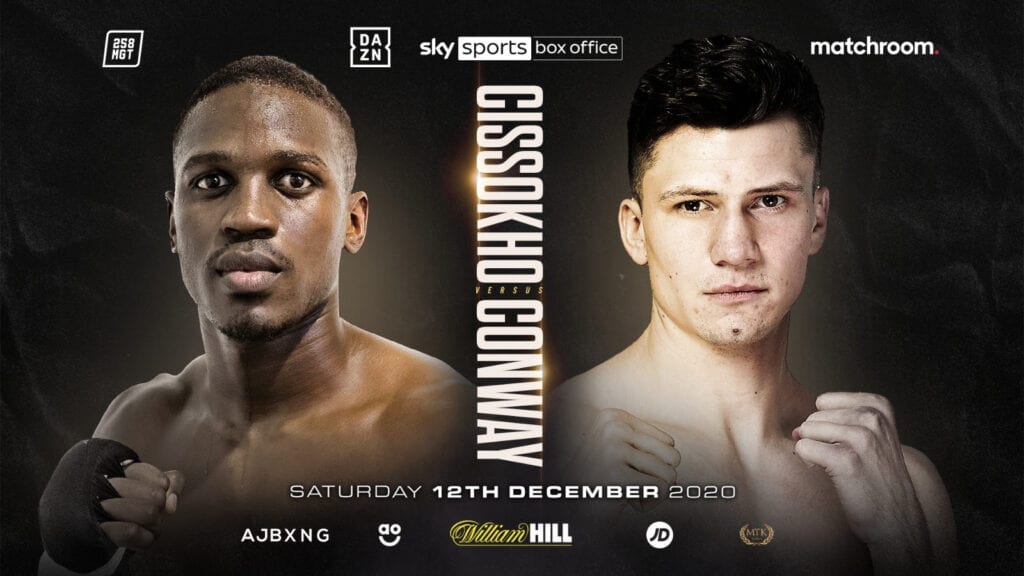 Souleymane Cissoko will take on Kieron Conway in a ten-round Super-Welterweight clash on the undercard of Anthony Joshua’s Unified Heavyweight World Title defense against Kubrat Pulev on Saturday, December 12, shown live on Sky Sports Box Office in the UK and on DAZN in more than 200 countries and territories worldwide.

Frenchman Cissokho (11-0, 7 KOs) won bronze at the 2016 Rio Games at 69 kg before turning pro in 2017 where he is now undefeated in eleven fights – with seven of those victories coming by way of knockout – and signed to Joshua’s 258 MGT and Matchroom Boxing.

“I’m very excited to get back in the ring as part of a huge card on December 12,” said Cissokho. “It has been a difficult year for everyone and I am itching to fight. I can’t wait to put on a show and showcase my skills in the UK for the first time. It’s a dream come true to be able to perform for the British public.

“Thank you to my team at 258 Management and Matchroom for working to get me this opportunity. Training camp has been tough but I am ready to go 100%.”

“I’m looking forward to this fight massively,” said Conway. “It’s another big fight for me, another big challenge and another big win. Being on this show is huge. There are going to be massive viewing figures and I’m excited to be part of the whole thing.

“I know Cissokho was a very good amateur, and I know he’s skillful but I’m looking forward to showcasing my own skills and showing more of what I’m about.

“He hasn’t fought for a while, so it could be an advantage for me. Being out the ring for a year does nobody any favors but we will see on fight night, either way I’m looking to dominate. After this fight I’d expect more big fights and for people to not overlook me anymore.”

Canelo- Callum Smith Confirmed For Alamodome
Benn impressive in points win against Formella
Advertisement
To Top
We use cookies to ensure that we give you the best experience on our website. If you continue to use this site we will assume that you are happy with it.OkPrivacy policy