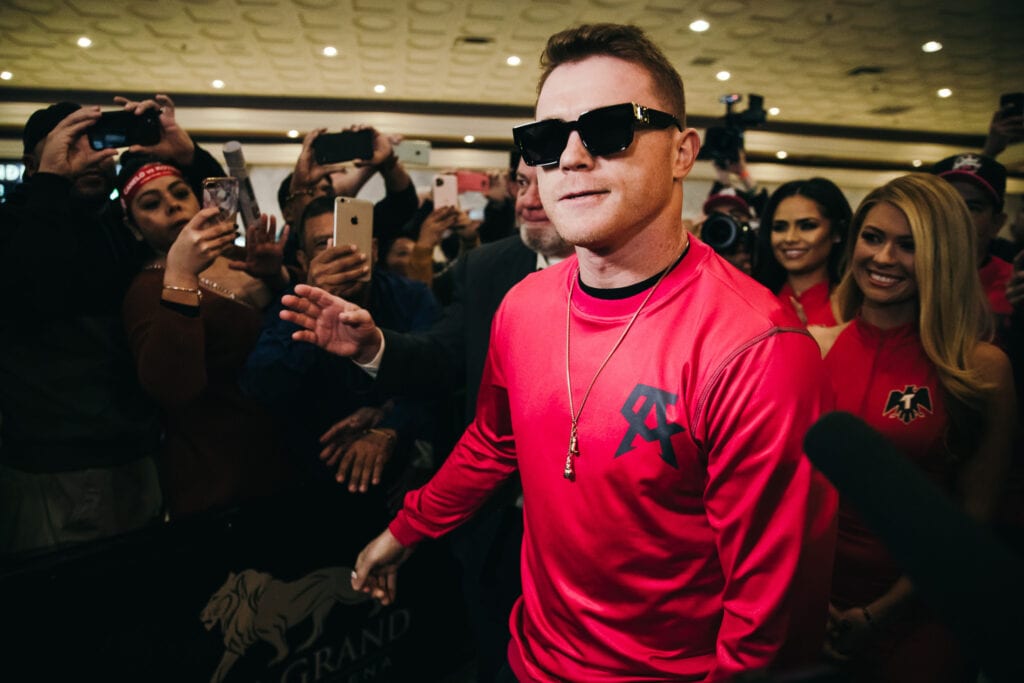 What had been assumed as the location for the upcoming 2020 return to the ring of four division World Champ, and one of the sports top stars, Canelo Alvarez, is now confirmed. Alvarez will battle English WBA Super Middleweight World Champ, Callum Smith, in the Alamodome in San Antonio, Texas, with some fans present on December 19th.

Matchroom Boxing made the announcement Friday afternoon that the same site that hosted Gervonta Davis’ devastating one punch KO of Leo Santa Cruz in the “PBC on Showtime” pay per view on Halloween, will now house Alvarez-Smith,

Earlier this week Eddie Hearn and Matchroom finalized the previously rumored matchup between Alvarez 53-1-2 and the 27-0 Englishman. He announced later Friday that tickets, which will be in demand, will go on sale Monday.

Alvarez got to walk away from his promotional deal with Golden Boy Promotions (and De La Hoya) after wining a legal showdown by suing the promoter for $280 million in California Federal Court and getting him “to fold” to let Canelo become a free agent.

Alvarez is previously a World Champ at Jr. Middleweight, Middleweight and Super Middleweight, as well. And he also KO-ed Smith’s older brother, Liam, in the 9th round of their September 2016 bout.

The fight will have massive popularity for not only the limited in person live gate in Texas, but with the DAZN streaming service. DAZN was unwilling to continue to pay Alvarez’s ridiculous $35 million per fight guarantee and found themselves embroiled in his lawsuit with De La Hoya.

It appears obvious that Alvarez wasn’t that upset with DAZN, who will obviously kick in significant money to help pay Canelo, in exchange for 10’s of thousands of subscribers who will sign up to watch him in late December

Ryan Garcia- Luke Campbell Battle Back On For January
Cissoko-Conway added to Joshua-Pulev card
Advertisement
To Top
We use cookies to ensure that we give you the best experience on our website. If you continue to use this site we will assume that you are happy with it.OkPrivacy policy