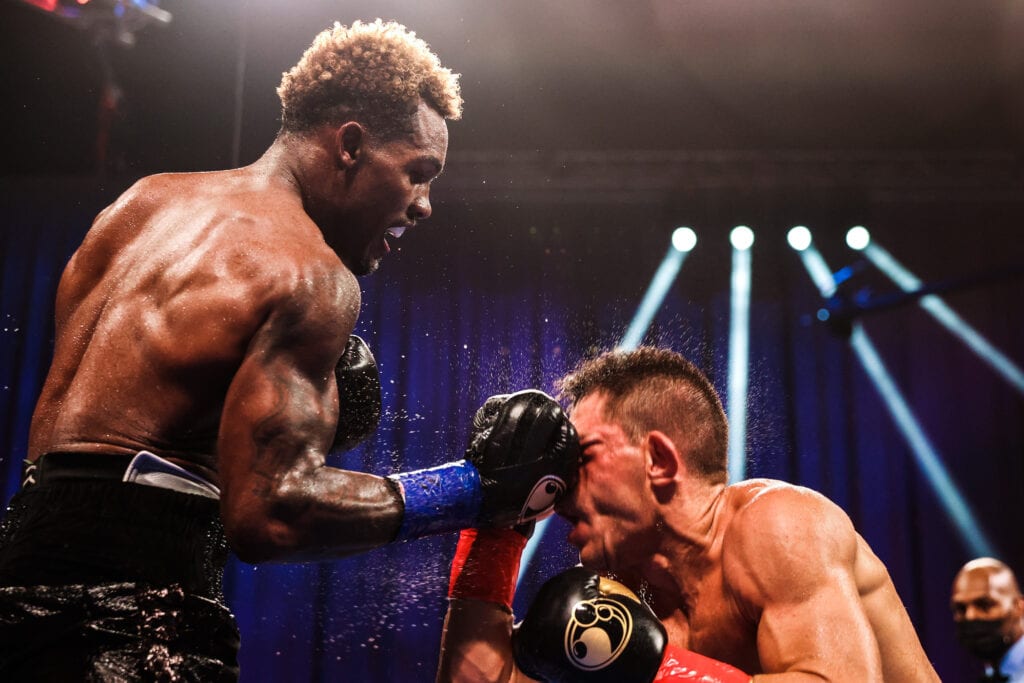 On Thursday afternoon, Showtime Championship Boxing in association with Premier Boxing Champions rolled out their official lineup of main event world title fights throughout this Summer. And the good news for fight fans is the likes of the Charlo brothers and Gervonta Davis are scheduled to be part of it.

Adding to the already-announced Luis Nery vs. Brandon Figueroa WBC Super Bantamweight World title fight on May 15th and the Nordine Oubaali vs. Nonito Donaire WBC Bantamweight World Championship fight two weeks later, comes the announcement of Jermall Charlo being back in the ring defending his WBC Middleweight title in June.

Jermall Charlo, who last appeared with his twin brother Jermell on a split pay-per-view at the Mohegan Sun Casino in Connecticut in September is back again to battle Juan Montiel on June 19th at a location yet to be determined.

As for Davis, he does have legal troubles, once again, pending after a Baltimore hit and run accident auto accident in November. The Baltimore County State Attorney has charged him with multiple felonies, including leaving the scene of a crash with injuries.

However, he is still slated to defend his WBA Super Lightweight Championship on a Showtime Pay-per-View on Saturday night June 26th. Davis is 24 – 0, 23 KOs was last seen demolishing former world champion Leo Santa Cruz with a single left uppercut KO back in October in San Antonio’s Alamodome.

Davis is one of the top draws in the sport and this will be his second time headlining a PPV.

Also on the schedule of fights for this summer Jermell Charlo will go for Undisputed status at Jr. Middleweight against WBO Champion Brian Castano. Jermell Charlo, 34-1, 18 KOs, won the WBA/IBF versions of the 154 lb. title with a one body shot KO of Jeison Rosario back in September.

That added to his WBC belt he won back from Tony Harrison, who had handed him his only pro loss in December of 2019. Castano captured the WBO title off of Patrick Teixeira with an easy 12 round win in February.

Also, Showtime went ahead and announced a scheduled Saturday night September 11th Super Bantamweight World Championship Unification fight. That’s where unbeaten WBO Champion Stephen Fulton will put his title on the line against the winner of the Nery – Figueroa clash for next month.

The roll call of fights for the premium cable network solidifies their relationship with PBC and numerous of it’s champions.