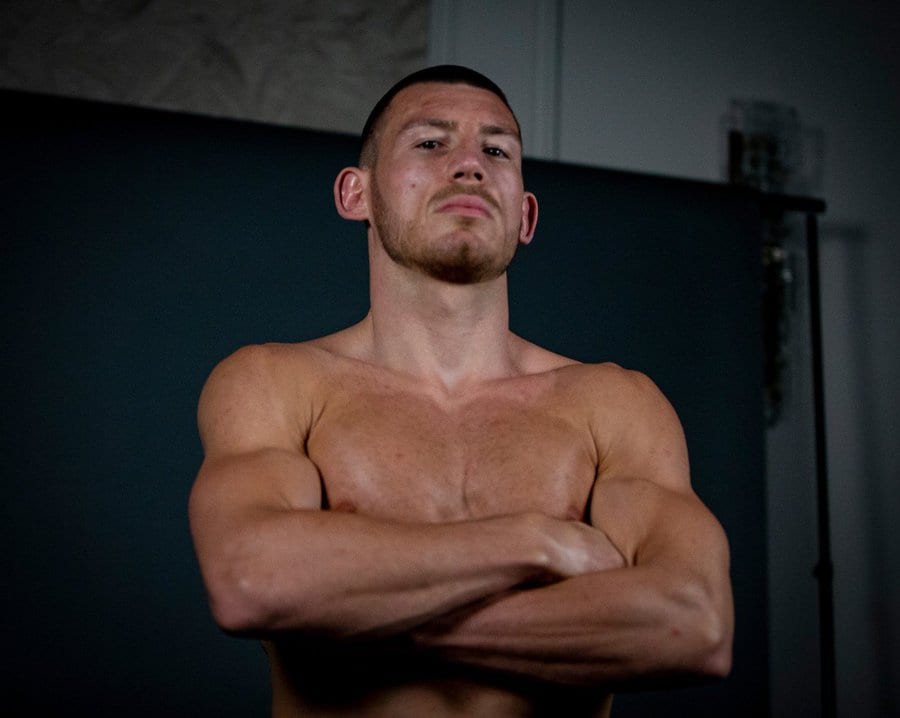 The WBO World Middleweight title will be on the line in South Florida Saturday night, as unbeaten champ Demetrius “Boo Boo” Andrade gets ready for his fourth title defense against Welshman, Liam Williams. But, on Thursday afternoon Williams made clear that he’s not just coming to win, he’s gunning for the upset KO.

The two fighters met up on stage for the Matchroom Boxing final press conference for their scheduled 12 round battle Thursday afternoon at the Hard Rock Casino in Hollywood, FL,

The usual “selling” of the fight to be streamed live on DAZN Saturday night was going on, when Williams, who’s scored five straight KOs, let the champion Andrade know that he plans on going for the KO.

When Andrade said in their exchange, “talk is talk,” Williams shot back; “I’m gonna back it up. I’m gonna leave you sleeping.”

Of course, the 29-0 WBO belt holder from Providence, hilariously retorted, “Please do. Please do. I’m not the guy you fought that was 11 and 20.”

Actually, the 23-2-1 Williams did fight and stop a fighter in England named Daryl Sharp in April of 2018 and his record stood at a horrific 5-32.

Still, that fight for Williams came off his back to back losses to former WBA Super Middleweight champ, Liam Smith. And, since then, Williams has fought better competition and has the five knockouts or stoppages, including his KO of Andrew Robinson last October.

Hear us preview #AndradeWilliams on the latest “Big Fight Weekend Podcast” by clicking below:

As for Andrade, he wants a bigger name or opponent and is heavily favored to retain his version of the Middleweight crown on Saturday night. Andrade was last in action in January of 2020 with an impressive 10 round TKO of Luke Keeler in Miami.

Andrade has been criticized in the past for not being explosive or entertaining enough to create buzz for a bigger matchup, but rather, doing just what he needs to, including boxing and staying away from trouble to win decisions.

So, now we will see if Andrade elects to engage Williams, who says he’s eager to punch big, or hangs back in their battle for the first few rounds?