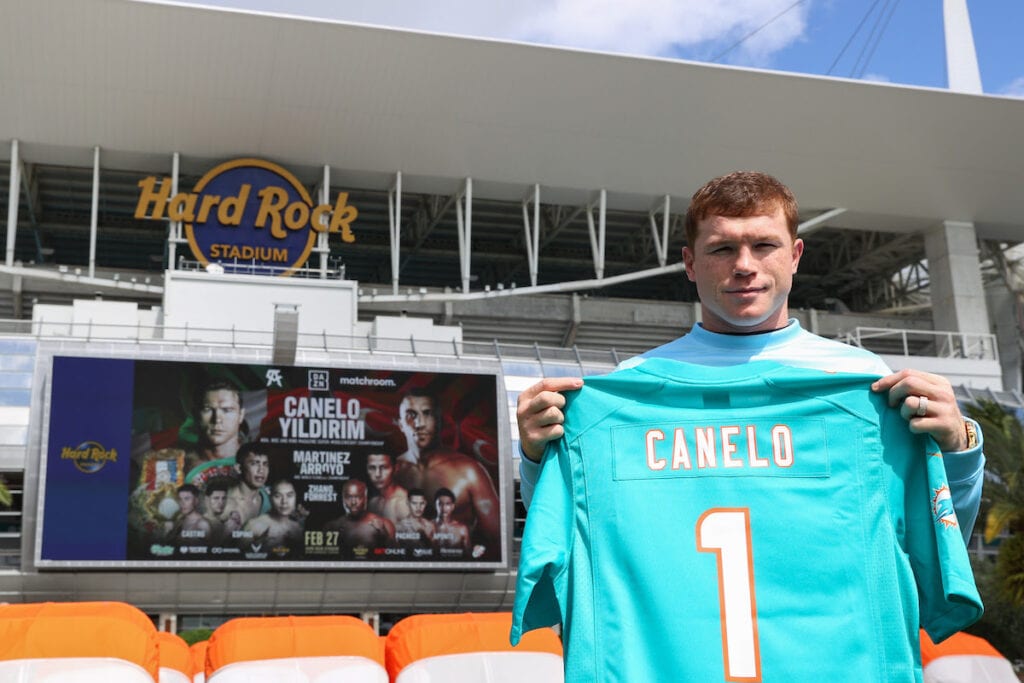 Canelo Ready For Showdown In Miami

Canelo Alvarez hopes to turn Miami into another home for his blockbuster fight nights as he prepares to defend his WBC, WBA Super, and Ring Magazine World Super-Middleweight titles against mandatory challenger Avni Yildirim on Saturday night (February 27) at the Hard Rock Stadium in Miami Gardens, Florida, live worldwide on DAZN and on TV Azteca in Mexico.

The pound-for-pound king (54-1-2 36 KOs) is swiftly back in action after dominating Callum Smith in San Antonio, Texas in December to land the titles he defends against Yildirim (21-2 12 KOs) this weekend.

The Mexican star must see off the challenge of the Turk if he’s to build towards becoming the first undisputed champion at 168lbs, but the fight also sees the 30 year old four weight World ruler fight in Florida for the first time as a World champion.

Canelo’s only fight in the “Sunshine State” was in December 2008 where he put Raul Pinzon to the sword inside a round in his 24th pro fight. And, he hopes that Saturday night’s blockbuster event can be the first of many in Miami.

“I feel very motivated to be in Miami and have this fight,” said Canelo. “And to put on a great show for the people there because I don’t just represent Mexico, I represent all Latinos.

🎤 Just boxing's P4P #1 singing along with his daughter… 👧 @Canelo pic.twitter.com/btlXFVUwCG

“I like everything about Miami and I am very happy to be here, it is an honor to fight at Hard Rock Stadium. I feel very excited, very happy, it’s even more motivation for me. To open another door in order to have another home for my fights. I really feel very happy.

“They only let us put 15,000 people in because of the pandemic, but with that we are fine. Last time in San Antonio it was around 12,000 and the stadium sounded like it was full. Let’s hope that normalcy will arrive soon, and the stadium can be filled, but with 15,000 I feel very good, and if there were 1,000 it would be the same, the support of the people is incredible, and I feel very grateful.

“You do feel the vibe of the fans when they are yelling and that motivates you much more, but you have to get into your head that in the end you are the only one up in the ring. I always prepare 100 per cent.”

Canelo’s clash with Yildirim is part of huge night of action at the home of the Miami Dolphins.