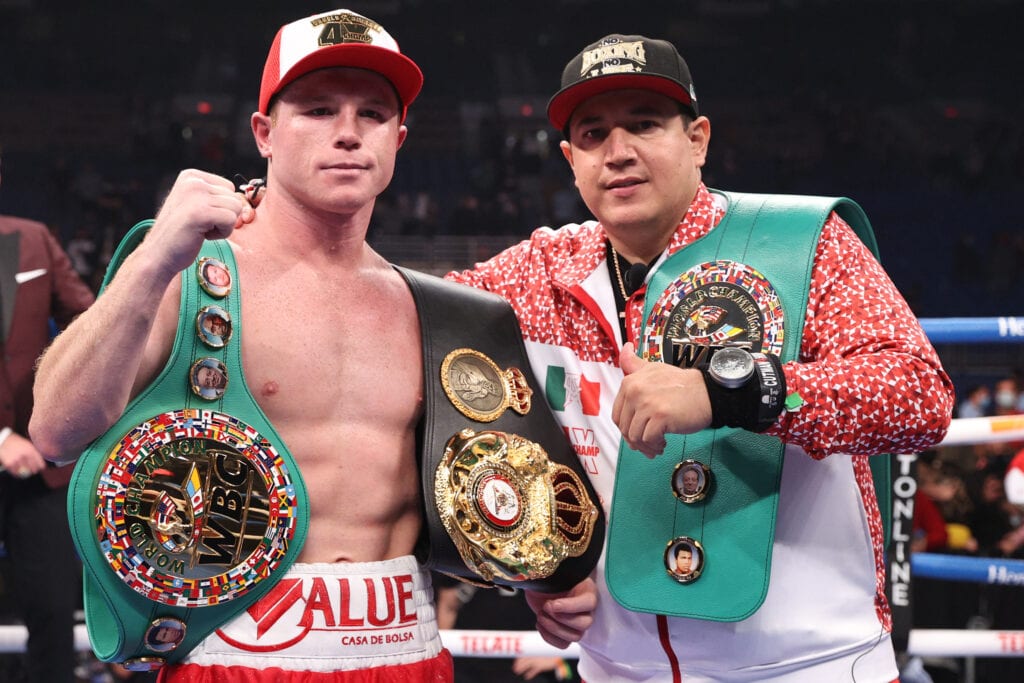 It was a matchup that looked decent on paper. But after twelve rounds Saturday night, Canelo Alvarez proved that wasn’t the case.

All week long leading up to the fight, pictures were showing Smith tower over Alvarez, but the WBA champ couldn’t use that to keep Canelo at bay. This as Canelo could get inside and attack Smith almost at will and solidified becoming a four-division champion.

Canelo had the pedal to the metal all night long. ?

Next up for Alvarez is possibly a WBC mandatory title defense against Avni Yildirim within 90 days or risk being stripped of the recent vacated title. This after the WBC stripped former champ, David Benevaidez, for missing weight earlier this year.

So how much of one-way traffic was this? Per Compubox, Alvarez, who was fighting for the first time in 13 months, landed 57% of his power punches and out jabbed Smith 88- to 44.

61 of Canelo’s 126 landed power shots were body shots. And, Canelo’s 214 landed punches were the most punishment that Smith has ever dealt with as a pro.

Canelo's edge in speed and power was evident from round 1. He landed 57% of his power punches and out jabbed the 6'3" Smith 88-44. 61 of Canelo's 126 landed power shots were body shots. Canelo's 214 landed punches were most by a Smith opponent. #CaneloVsSmith #Canelo pic.twitter.com/8OLbqLUHkI

“He’s smart and clever. He sets little traps and keeps you thinking.” Smith said. “His jab was really good for a shorter guy, and he was hard to nail clean.”

This was an absolute outside showing for Canelo, and he knew himself in the ring.  “One of the best nights for me, and I’ll be going for more.” Canelo said post-fight.

As mentioned earlier, the next bout could be Yildrim, or what was hinted at as well, a matchup with current IBF 168 lb. champion Caleb Plant. Plant is slated to be in action on  January 30th against Caleb Truax in Los Angeles.

But, that’s for next year.

For now, Alvarez reestablished that he’s the man to beat at Super Middleweight.

What Is Next For Golovkin? Don’t Say Canelo
Saturday Night Was Education In Pressure By Canelo
Advertisement
To Top