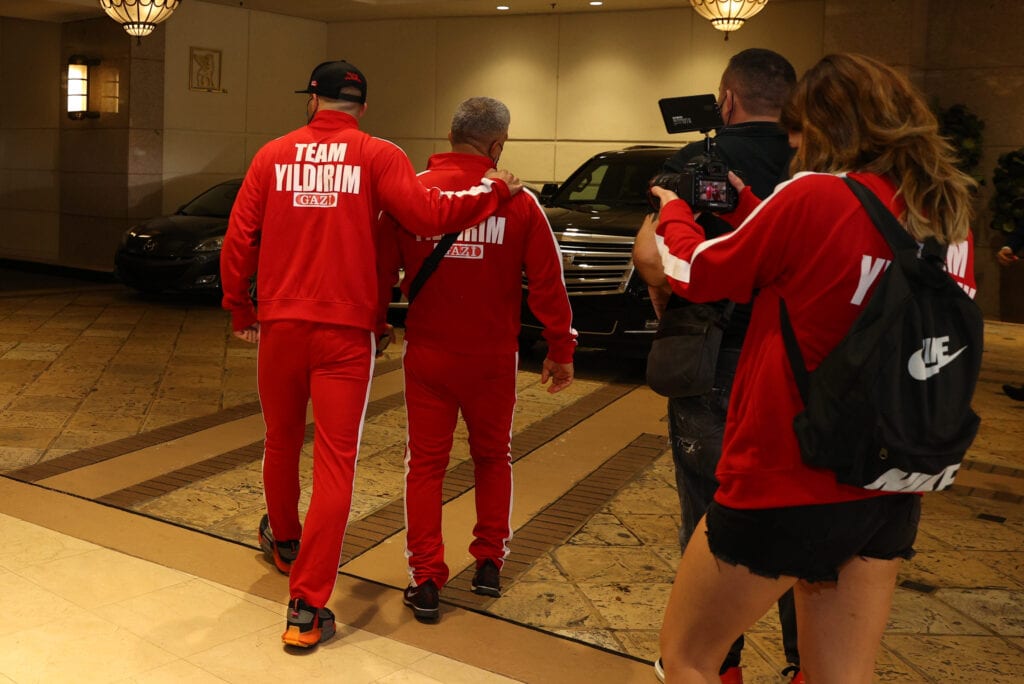 Avni Yildirim finds himself in a contest this Saturday against the current pound-for-pound king in Canelo Alvarez. It is for many fighters an opportunity that anyone within three weight classes would like to have.

But does (21-2, 12 KOs)(21-2, 12 KOs) realistically have any chance outside of a punching one to upset at the Hard Rock Stadium in Miami, Florida? Yildirim’s trainer Joel Diaz throughout this whole time thinks so.  If you’ve been following the build-up to this fight with Alvarez’s (54-1-2, 36 KOs WBC and WBA Super Middleweight titles on the line, Diaz has laid out from jump street that we’ll see a different version of the man known as “Mr. Robot”.

I'm rooting for Yildirim. I just love chaos. We all remember Tyson Douglas, but can't tell you the guy Tyson fought in the prior fight. Upsets make history.

While Diaz’s comments are something we’ve heard from several fighters say for a while now, no one has been able to disrupt Alvarez in the ring in quite some time now. Yildirim comes into the bout as a massive underdog, and everyone will point out that he lost in his last fight back in 2019 against Anthony Dirrell as one of the biggest factors. The latest odds of this writing have Yildirim at least to 13 to 1 underdog to upset.

I feel that many forgot that Yildirim was clearly in control of the fight in the latter part of it before a cut above Dirrell’s eye cause the fight to be stopped and go to the cards. Diaz’s speaking back on the fight feels it would’ve been a different outcome.

“If he were to fight Anthony Dirrell, he would knock him out in two rounds. Avni is a physically stronger fighter, but he had no defense when he came to me. That’s why they call him ‘The Robot.’ Right now, there’s no robot in this guy … I made a complete transformation because I dedicated time to him … We like that everyone sees Avni as a robot, one-dimensional, coming forward and taking a beating.”

Diaz has stated that working with Yildirim during this whole tie has given him a chance to transform Avni but if you don’t think that’s the case, he told George Ebro before fight week that he is on a mission.

“Avni is strong-minded. He’s got a big heart, and he’s got balls,” Diaz told George Ebro earlier this month.” He’s going in with the intention of knocking Canelo’s head off. If your fighter has courage, stamina, power, and has positive psychology, there’s nothing to stop him. If that weren’t the case, I wouldn’t be here. I’m not going to go make a fool of myself.”

The overwhelming majority has labeled this a stay-busy fight for Alvarez as he prepares to take on Billy Joe Saunders in a unification bout May. Be a world-changing event in boxing if Yildirim can come through and stop those plans.