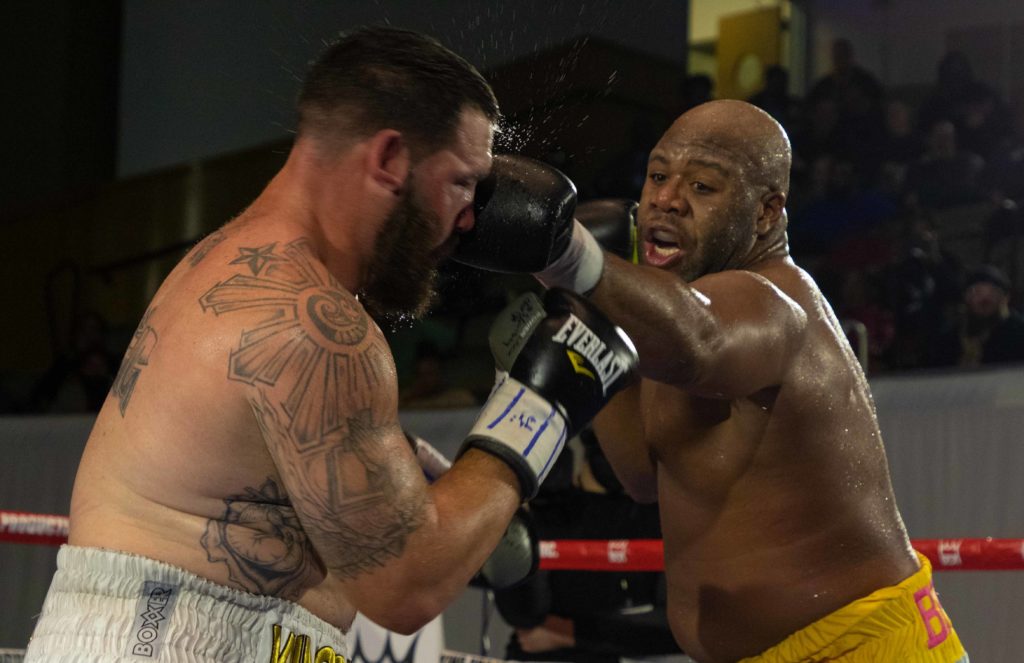 On the day after Don King Promotions announced the location for the WBA secondary heavyweight title fight in June between Trevor Bryan and Daniel Dubois, English broadcasting outlet BT Sport confirmed they’ll televise it to the U.K.

Frank Warren of Queensberry Promotions announced their deal Friday afternoon, even though it’s still unclear if there will be a U.S. tv outlet for the bout,

🧨 @DynamiteDubois gets his shot at glory against the Unbeaten @TrevorBryanJr live on @btsport from Miami! 🌴

From their release to the media,

“DANIEL DUBOIS WILL challenge Trevor Bryan for the WBA regular world title on June 11 in Miami and you can catch the heavyweight action, along with a British title double-header from Telford on the same night, all on BT Sport.

WBA No.1 ranked Dubois (17-1, 16 KOs) heads Stateside for his breakthrough fight against the unbeaten New Yorker Bryan (22-0, 15 KOs), with the pair set to fight for the right to be made mandatory to the full WBA champion Oleksandr Usyk, depending on the outcome of his forthcoming rematch against Anthony Joshua.

Bryan, 32, won his belt via an 11th round stoppage of Bermane Stiverne and has navigated a single defence against Jonathan Guidry, last time out in January, with success coming via a split decision on the cards.

Dubois, just 24, will be having his second fight across the Atlantic after introducing himself to the American market with a typical first round stoppage of Joe Cusumano last August. He previously won the WBA Interim belt with a second round demolition of Bogdan Dinu in Telford.

“I am thrilled that Daniel is getting his big opportunity to fight for a world championship belt,” said his promoter Frank Warren. “He has had to bide his time and be a little bit patient because there was always the risk of him being bypassed if he took another fight in the interim.

“Now his time has come and winning this fight will open all sorts of doors. A new generation of top heavyweights are closing in on the current kings of the division and Daniel, along with Joe Joyce, is leading the charge.

“Bryan isn’t a household name but there can be no room for complacency. He is unbeaten with a more than respectable knockout ratio, so Daniel will need to be on his guard and on his game in Miami.

“I am also delighted that BT Sport viewers will be served up with a double-helping of boxing action on the night, with our British title battles from the Telford International Arena leading into Daniel’s heavyweight title challenge.”

On Thursday, Don King announced that he had secured the newly renamed Casino Miami (formerly Miami Jai Alai) as the venue for the battle for Bryan’s title.

As, we wrote previously King won the March WBA purse bid ordered for the Bryan-DuBois matchup with a winning blind bid of $3.12 million. King, who’s promoted the likes of all-time greats like the late Muhammad Ali, Larry Holmes, and Mike Tyson over a 45+ year career has basically been out of the promotion of big time Heavyweight boxing for over 15 years. But, there has been debate, as to whether he actually has the financial capabilities to stage a grand scale fight/broadcast, etc.?

Certainly it’s a positive sign that Warren/BT Sport are paying to televise the bout.

Now, we await to see if King will simply use his own website for PPV, as he did for the Bryan-Guidry bout?