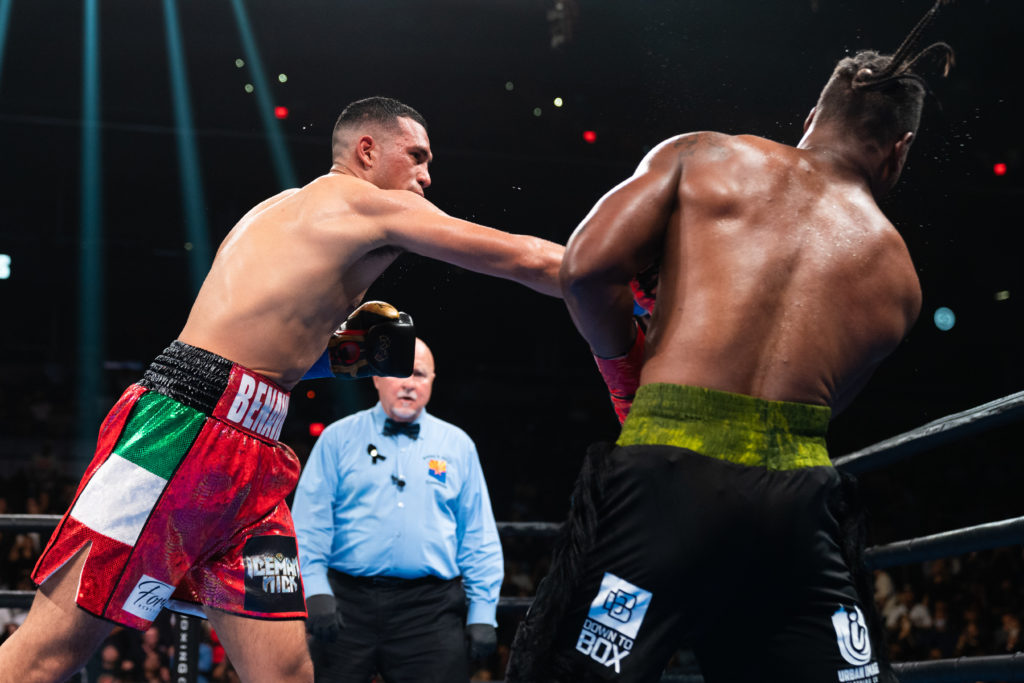 David Benavidez looked to make a statement in front of his hometown and did just that, shutting down Kyrone Davis over seven punishing rounds Saturday night.

The official time of the stoppage was 47 seconds of the seventh round in what was an impressive showing for Benavidez, who moves to 25-0 over a very game Davis.

This Showtime main event came from the Footprint Center in Phoenix, Arizona, and Davis was the late replacement for Jose Uzcátegui, who had failed a drug test.

The first round of the fight consisted of Davis getting on his bicycle and Benavidez doing what he could to cut the ring off in a feel-out opening round—it looked to be the game plan for Davis as it gave him the best chance not to be caught. Second round towards the end, the action picked up a little, but the outside was where Davis was looking to stay.

Big-time exchanges picked up on the fourth round as Benavidez had Davis caught up on the drops, but his counter could get off to him. That was short-lived as Davis looked to eat a nasty left uppercut to close out the fourth in an attempt he tried to pour it on.

Towel gets thrown in round 7. @benavidez300 gets it done against a game @KyShutitDown#BenavidezDavis pic.twitter.com/S2UBogp4YD

The start of the fifth round was where they picked up where they left off, and you can see that Davis was looking to take advantage after he made Benavidez miss. The problem was Benavidez wasn’t missing and was very influential in attacking Davis. Davis’s trainer Stephen Edwards after the end of the fifth round, noted he would stop the fight if he didn’t see more from him. In the sixth round, he has gotten just that as both were trading shots. Despite this, the fight was pretty one-sided from Benavidez as he threw everything put the kitchen sink at him as the sixth round closed.

The seventh-round was the last of it as Benavidez continued the onslaught, but Davis wouldn’t give in. Edwards finally threw in the towel as he had seen enough, giving Benavidez the win.

With the win, the conversation and talk begin for when for him facing Canelo Alvarez. We’ll find out what Canelo does when he tells us, but Benavidez did his part.