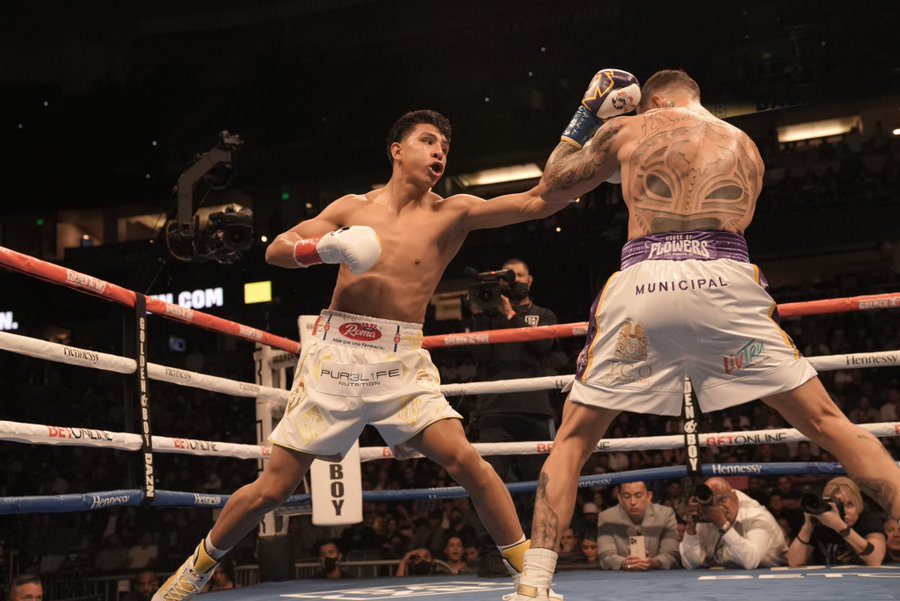 Jamie Munguia showed us why he is on the verge of a title shot as he put on a display against Gabe Rosado Saturday night, winning by unanimous decision.

The story of the fight became apparent quickly how much more Munguia improved from the last time in the ring and the resilience of Rosado. While Rosado was game in this fight, he was getting peppered and bombed by the quicker younger Munguia.  The first half of the battle was all Munguia, Rosado was still showing life, and the sixth round may have been the best on of the fight in his favor.

Despite the gimmer in that round, the rest of this contest was a boxing clinic by Munguia, who looked to throw not only often but repeatedly against Rosado, as he was having success with his right. We also learned that he has also built a chin as Rosado was throwing some shots in this contest which Munguia took in stride.

As the fight grew on, it was apparent that Rosado’s only chance in this fight was the exact right that got him this chance back in El Paso against Bektemir Melikuziev. By the eleventh round, Rosado was fading from all onslaught of Munguia, but he still pressed on.

“This was my toughest fight in my career against Gabe Rosado. I hope everyone enjoyed it., ” Munga said after the fight.

This was an entertaining one and the broadcast noted that after this win, he wanted a title shot and most notably Gennady Golovkin. We’ll see if that is the one next or someone else but at this point we’ll see how the division shakes out.