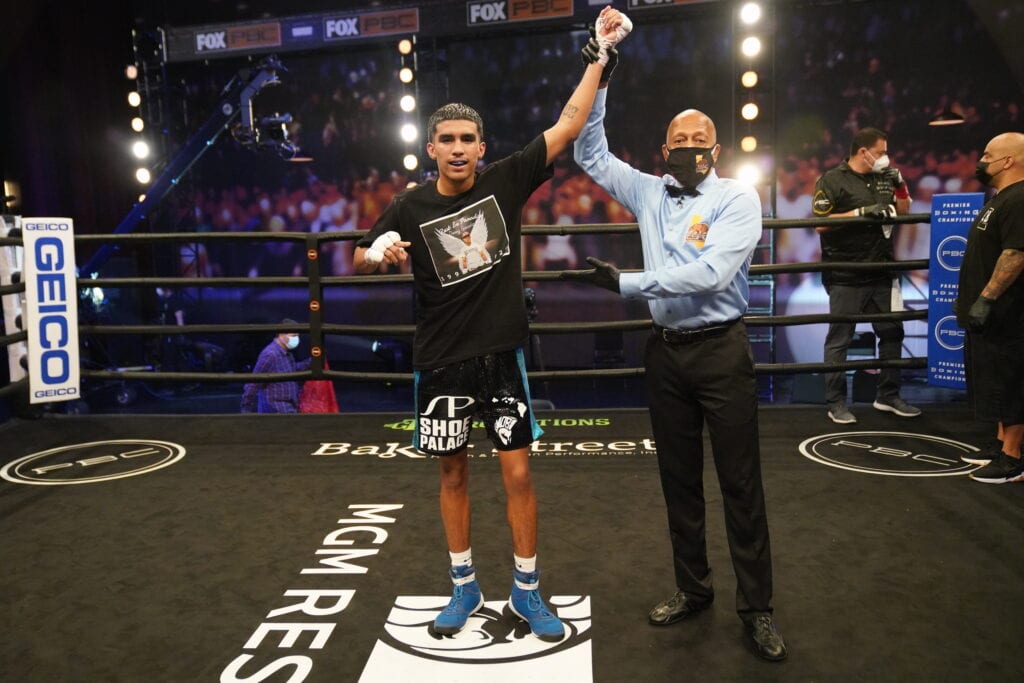 Twin prospects Chávez and Ángel Barrientes were two of the things I was looking forward to this weekend and both scored victories in their televised debuts Saturday night on Fox Sports 1.

This fight was defined by big exchanges on the inside, with Chávez establishing his counter left hook as a weapon he would utilize from start to finish. The 18-year-old Chávez was the more accurate puncher, connecting on 29% of his punches, compared to Varela’s 21%.

Varela had moments of success, notably cracking Chávez with a big right hand in round four, but was unable to ever seriously hurt his opponent. Chávez closed the show strong, out working and out landing Varela throughout the final rounds to ensure his victory.

Chávez triumphed by scores of 60-54 twice and 59-55 to earn the win and remain unbeaten Saturday night.

Ángel Barrientes (4-0 3 KOs) kicked off the broadcast by earning a unanimous decision over Fernando Ibarra (2-4) after six rounds of super bantamweight action.

Ángel used his jab to control the action from the outset, effectively keeping the hard-charging Ibarra from doing any sustained damage throughout the fight, despite Ibarra landing flush right hands in each of the first two rounds. Ángel enjoyed a 56 to six advantage in total jabs landed during the bout.

The 18-year-old Ángel increased his body attack across the middle rounds, effectively landing left hooks to Ibarra’s midsection. That offense opened up Ángel’s ability to land right uppercuts and straight right hands that allowed him to own a 112 to 39 advantage in punches landed.

Although Ángel was deducted a point for holding early in the sixth round by referee Dan Stell, he cruised to a unanimous decision by the score of 59-54 three times.