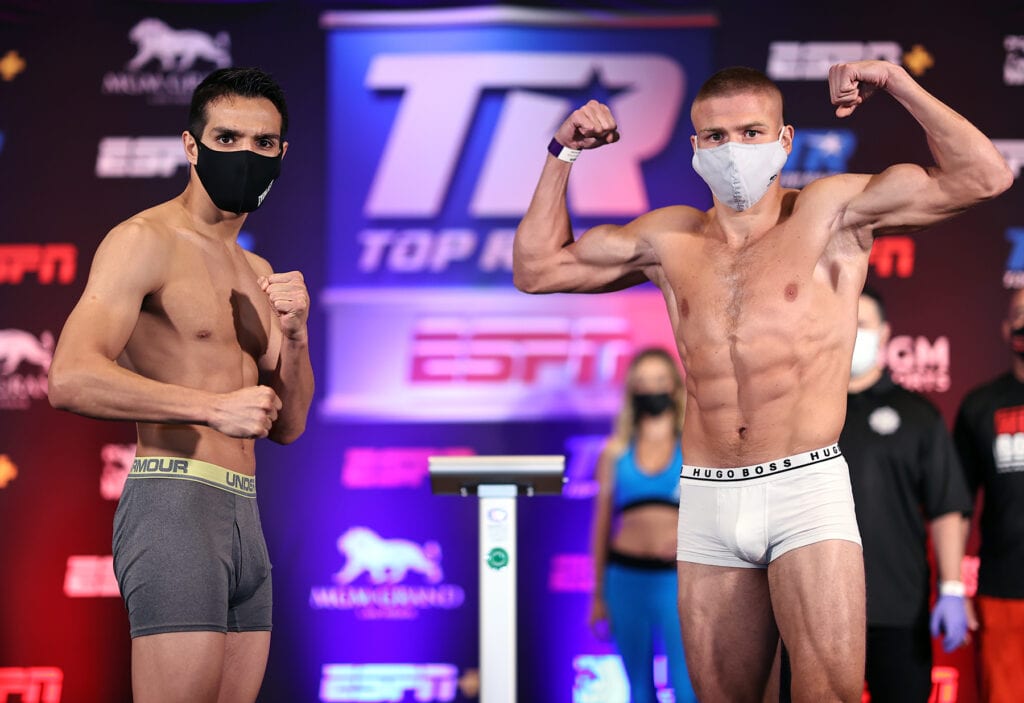 Another weekend is upon us of some solid fights, and I’m here to lay out the three things in boxing that I’m looking forward to as we kick off the month of October.

Check out our latest edition of “The Big Fight Weekend Podcast,” where we speak to combat sports writer Kevin Iole of Yahoo Sports, who gives us great insight into Canelo’s situation and we speak about this weekend’s fights!

Before I talk about what takes place this weekend, let me recap what I was looking for last week.

Don’t let the recent conversation of how many buys did it get distract you from the fact that this was a very good card last weekend put on by Showtime. While I was dead wrong about the outcome in both fights, Jermall and Jermell Charlo closed out both parts of their main event victorious, and we now await what’s next for both of them in the ring for title defenses.  Jermall at 160 has hinted about moving up to challenge Canelo, while Jermell has the pick of the litter at 154. Time will play out who but both made statement wins last weekend.

Josh Taylor one step closer to the undisputed bout

Josh Taylor made my “Liver Shiver” thread for 2020 with that nasty body shot he put on outmatched mandatory challenger Apinun Khongsong (BT Sport tweets may not appear on your browser in the states here). With that out of the way, we await to see how soon we get the matchup between Taylor and Jose Ramirez for the undisputed contest, which will be every boxing pundits list of must-see fight lists of 2021.

If it isn’t by said pundit, question them until it is.

The final took a while to get to, but we finally have a winner in Mairis Briedis o by unanimous decision in ver Yuniel Dorticos in a contest that, for the most part, Bredis controlled.  This makes Bredis the #1 fighter at cruiserweight, but he has already hinted at moving up to heavyweight like so many others have in this division.

Here is what I’m looking forward to this weekend’s action:

Jose Zepeda-Ivan Baranchyk should be the fight of the weekend. 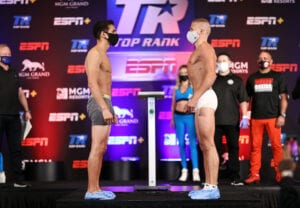 The fight on the gambling circuit has this being the closest you can get to a 50-50 fight between the two challengers looking to get back in the mix in the 140-pound title picture.  This bout was one of the many early shows from the Top Rank “Bubble” shows rescheduled from July when Baranchyk suffered a rib injury in camp. Both are ready to go Saturday in what will move one of them up the rankings ladder in the WBC to close ou the fight card airing on ESPN+ and should be a firefight. 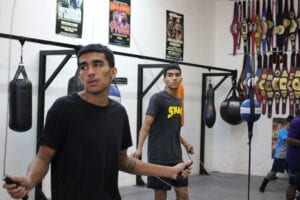 18-year-old Featherweight twins Ángel and Chávez Barrientes are in the supporting bout action on the PBC Fight Night Card airing on FS1 at 8 p.m. ET.

We’ll see how the twins use that in the ring leading up to Mark “Magnifico” Magsayo taking on hard-hitting Rigoberto Hermosillo in a 10-round contest to close out the PBC show me and Boxrec.com’s Grey Johnson have been proposing to the man of all trades Ray Flores to get renamed. 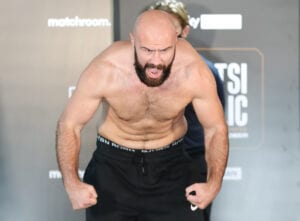 Matchroom Boxing has a fight card on Sunday afternoon dead smack in the middle of the second quarter of National Football League early games in the United States coming from Marshall Arena in England. While this card has a main event of light heavyweight Joshua Buatsi taking on undefeated Marko Calic, I’m more interested in the heavyweight prospect Alen Babic.

Here is a quote from Babic this week leading up to his contest with Niail Kennedy:

“I have a lot of Irish fans. A lot of them messaged me: ‘Please, be good to Niall, he’s a good man.’ I see that and it’s going to be hard to activate ‘The Savage,’ he’s such a nice man. I don’t want to hurt him, but I will do that in the ring, I will have to do it.

Let’s see if Babic back this pain talk on Kennedy on Sunday, which can be seen on DAZN in the USA (2 p.m. ET) and Sky Sports in the UK.
Continue Reading
Advertisement
You may also like...
Related Topics:Alen Babic, Angel Barrientes, Featured, Ivan Baranchyk, Jose Zepeda

Daniel Dubois-Joe Joyce will happen without fans
Magsayo wins over Hermosillo to remain undefeated
Advertisement
To Top
We use cookies to ensure that we give you the best experience on our website. If you continue to use this site we will assume that you are happy with it.OkPrivacy policy