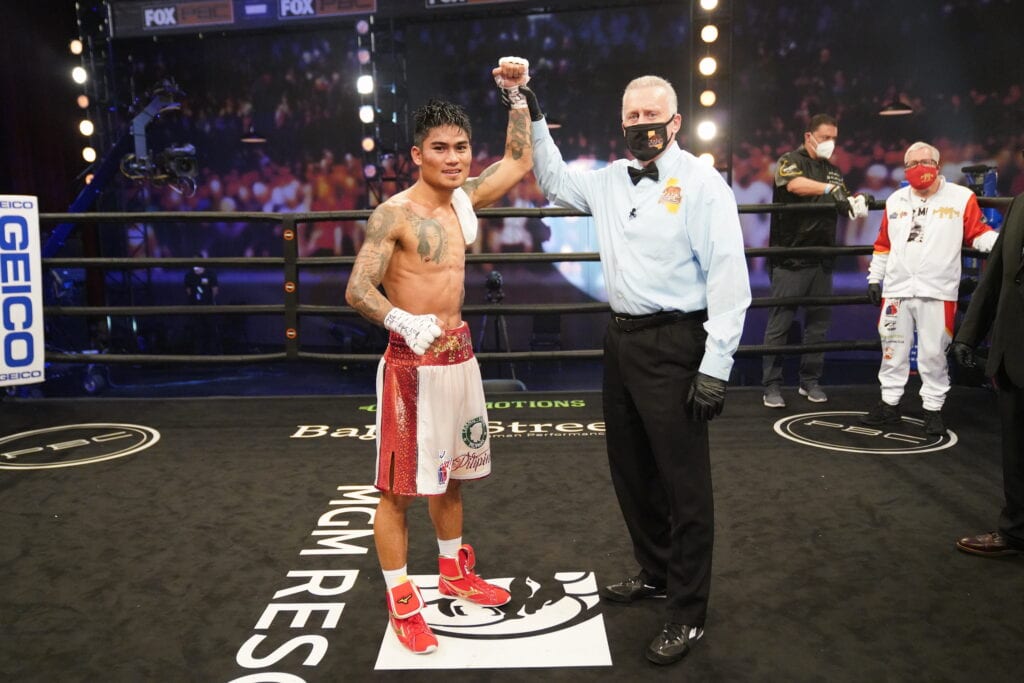 “I’m very happy to get this victory,” said Magsayo, who was trained for the first time by renowned coach Freddie Roach heading into this bout. “Freddie got me in great shape for this fight and I’m happy working with him. I faced a tough fighter tonight, but I know I’m ready to beat anyone in the division.”

“Magsayo is one of the best punchers in our gym,” said Roach. “He wasn’t letting his hands go enough tonight. We just need him to keep throwing more combinations, but he did enough to win the fight tonight and we’re grateful for that.”

Representing the Philippines, Magsayo hit Hermosillo with power punches early and often, peppering his opponent with heavy shots with both hands. Despite the connections, Hermosillo was never deterred, outpacing Magsayo’s total punch output with a consistent attack to the body.

Hermosillo had the advantage in total punches landed (181-136) and thrown (856-417), according to CompuBox. However, Magsayo’s shots appeared to do more damage, while he also landed at a more accurate clip, connecting on 33% of his shots to Hermosillo’s 21%.

Magsayo stunned Hermosillo with a short left hand from close range early in round nine, which left Hermosillo on shaky legs. Although Hermosillo hit the canvas shortly after, it was ruled a slip by referee Jack Reiss. Magsayo was able to control the rest of the round and escape the 10th and final frame unscathed to earn the decision with scores of 96-94 for Hermosilla, and 100-90 and 96-94 for Magsayo.