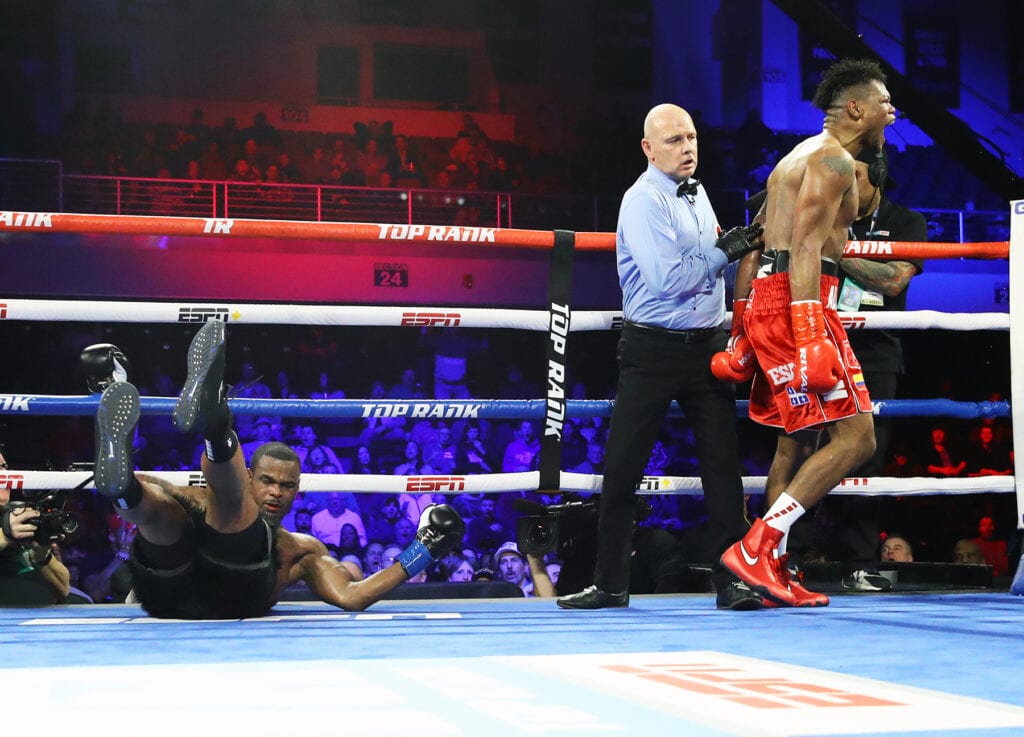 Former world champion Eleider “Storm” Alvarez returned from a nearly one-year layoff to knock out Michael “Cannon Handz” Seals with a highlight reel single overhand right at the end of the seventh round Saturday evening at Turning Stone Resort Casino. The main was seen live on ESPN and ESPN Deportes.

Alvarez (25-1, 13 KOs) is back following a disappointing decision defeat to Sergey Kovalev last February, the man he knocked out to win the WBO light heavyweight world title. Seals (24-3, 18 KOs), one of boxing’s biggest punchers, saw his four-bout winning streak come to an end. Not much action until the seventh round except Alvarez was able to outbox Seals for most of the fight until that night ending right landed.

“During training camp, we practiced {the right hand} over and over. My trainer was mad at me at first because I wasn’t doing what he was asking. Finally, we got the knockout,” Alvarez said. “I was out of the ring for 11 months. I wanted to come back as the fighter that beat Kovalev, and this is what we practiced for.”

Verdejo Back in Lightweight Mix

Verdejo has now won three in a row since the lone defeat of his career and, at 26 years old, is entering what should be his physical prime.

Verdejo has suffered setbacks in and out of the ring in recent years. He’s also survived a motorcycle accident in addition to switches in trainers and managers while partying more than he would have liked. A win to start the year should put him back on track and into the title mix. Verdejo, after the fight, said his performance was so-so.