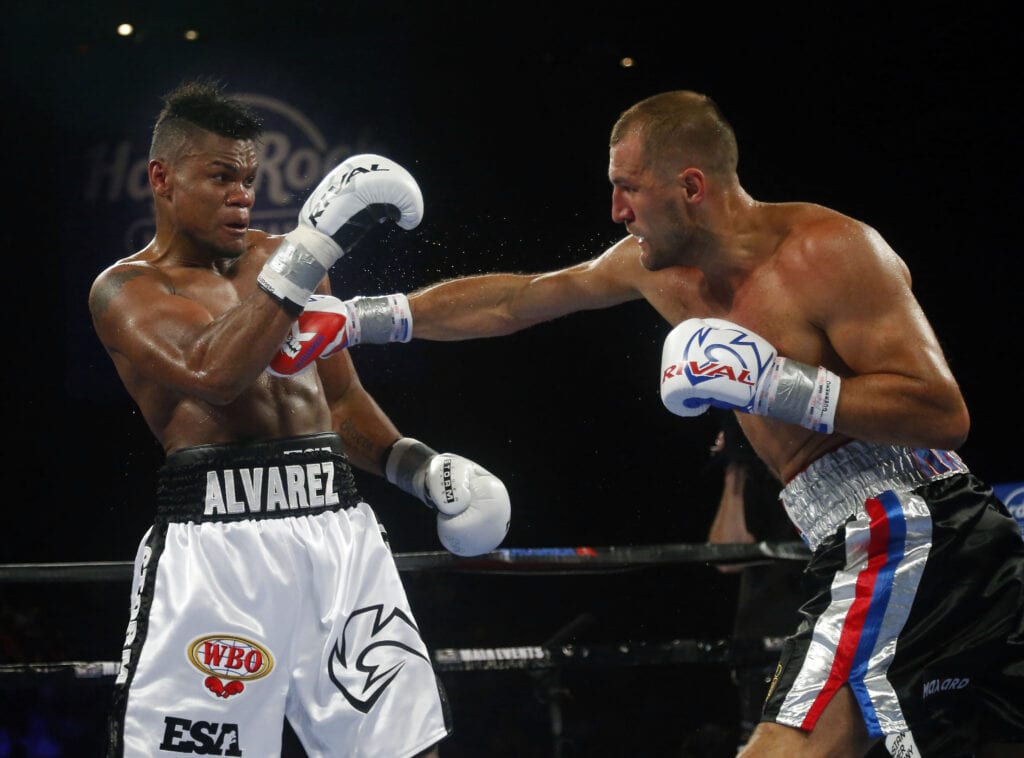 In a letter from the World Boxing Organization today, WBO Light Heavyweight Champion Sergey Kovalev has been given thirty days to negotiate a title defense for his WBO Light Heavyweight Championship against mandatory challenger Anthony Yarde. If an agreement is not met between the two parties within that time, the WBO will step in with purse bid negotiations starting at $300,000.00.

Kovalev (33-3-1, 28 KO) regained the title back with a rematch victory over Eleider Alvarez on Feb. 2 in Texas, outboxing Alvarez thru 12 rounds to win by majority decision. Alvarez originally had knocked out  Kovalev last August to win the title from him, but Kovalev switched trainers to Buddy McGirt, came into the rematch looking better and looked more focused in the last fight.

Yarde (18-0, 17 KO) has earned this order by winning and has been a prospect quickly climbing thru the ranks of the light heavyweight division. This will be interesting and a real match for the 27-year-old British contender has not been tested based on his fight resume. He’s coming off of a win over 38-year-old American Travis Reeves on March 8 at Royal Albert Hall where he stopped him in the 5th round after several rights landed and Reeves looked defenseless and the referee stepped in.

The two sides in the match have been talking about this matchup for a long time and it will be interesting how this shapes up. With Kovalev having the title again, he has re-established himself near the top of the division alongside titleholders like Oleksandr Gvozdyk, Marcus Browne and Dmitry Bivol, who looked dominant in his win over Joe Smith Jr. this past weekend.

For Yarde, this match elevates him from prospect status but to those who have not seen him, may not know if he is ready for this big-time matchup. Yarde packs a strong punch and a very good right but has yet to have a boxing contest he has been in gone past the 8th round. One thing is for certain without saying, however, is that this fight will be carried under the Top Rank banner as both fighters in their last fights were seen on in the United States on the streaming service ESPN+.