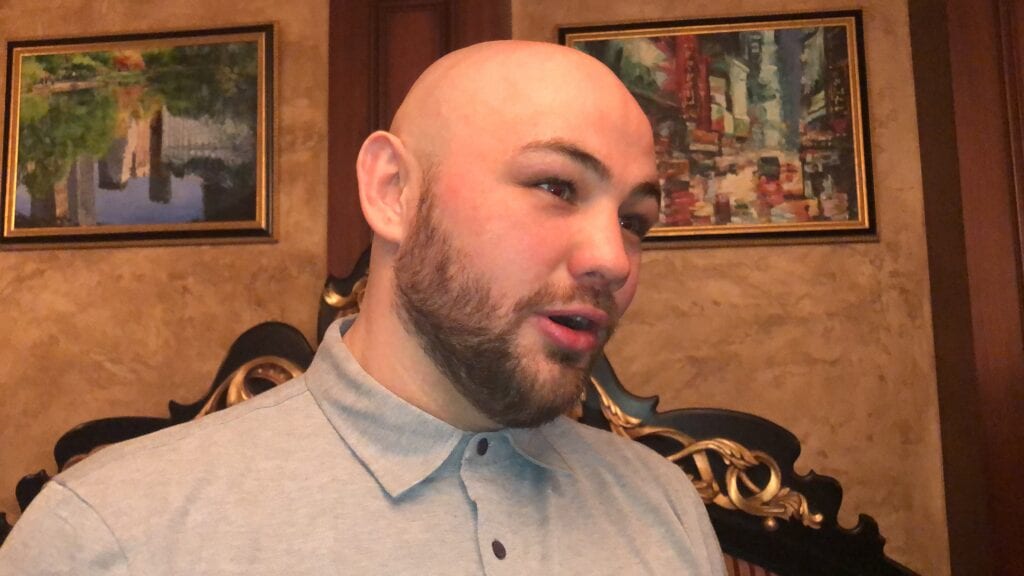 On Wednesday afternoon, Polish-American heavyweight Adam Kownacki met with the media in anticipation of his 2022 return to the ring. And, the man who once was almost assuredly headed for a title shot before being beaten twice in a row by Robert Helenius, knows that he has to take care of business coming at the end of July.

Kownacki spoke via video conferencing to the press, as he readies to meet fellow up and comer Ali Eren Demirezen on the Showtime/Premier Boxing Champions undercard of Danny Garcia- Jose Benavidez Jr. at Barclays Center in Brooklyn, NY, for July 30th,

“It’s amazing to be back at Barclays Center. I can’t wait to be back in there,” Kownacki said. “I’m ready to get back in line for a championship fight.

“I just have had to work on my footwork and keeping my hands up. I have to be smart. One shot can change everything. It was some bad luck getting caught in each fight. I tried to make the best out of it and leave everything in the ring. It was a life lesson…”

That “life lesson” that the 33 year old is talking about are the defeats to the veteran Helenius. The first came in stunning fashion on a 4th round TKO in front of Kownacki’s thousands of fans at the Barclays Center in March 2020. That bout saw him down several times before being saved, while out on his feet from Helenius.

Post-Covid 19 pandemic and the shutdown of the sport in 2020, the fighters and PBC put together the rematch for last October on the undercard of the third Tyson Fury-Deontay Wilder bout in Vegas. And, that was much of the same as Helenius battered Kownacki, knocking him down again and stopping him, again, in the 6th round this time.

Hear Sean of TopHeavyweights.com and me discussing Kownacki’s return on the latest Podcast by clicking play below,

Those two defeats have obviously raised Helenius in the world rankings, while at the same time greatly diminishing Kownacki, now 20-2, 15 KOs. Something, the big punching Pole knows he needs to switch around.

When asked about getting back on track for a possible shot at least a portion of the heavyweight crown, Kownacki took the correct approach,

“I’m facing a strong Olympian who’s got good size, so I’m expecting a great fight. It’s going to be a good test for me, but I’m looking to ace it and move on to better things. Right now, Demirezen has all of my attention.”

And he should, the Turkish born Eren Demirezen who now fights out of Germany is 16-1, 12 KOs, including a TKO win over American vet Gerald Washington in January 2021.

So, the challenge is there for Kownacki to get back on track in a big way or another decisive loss could all but erase him from heavyweight importance. We’ll soon see which it will be.