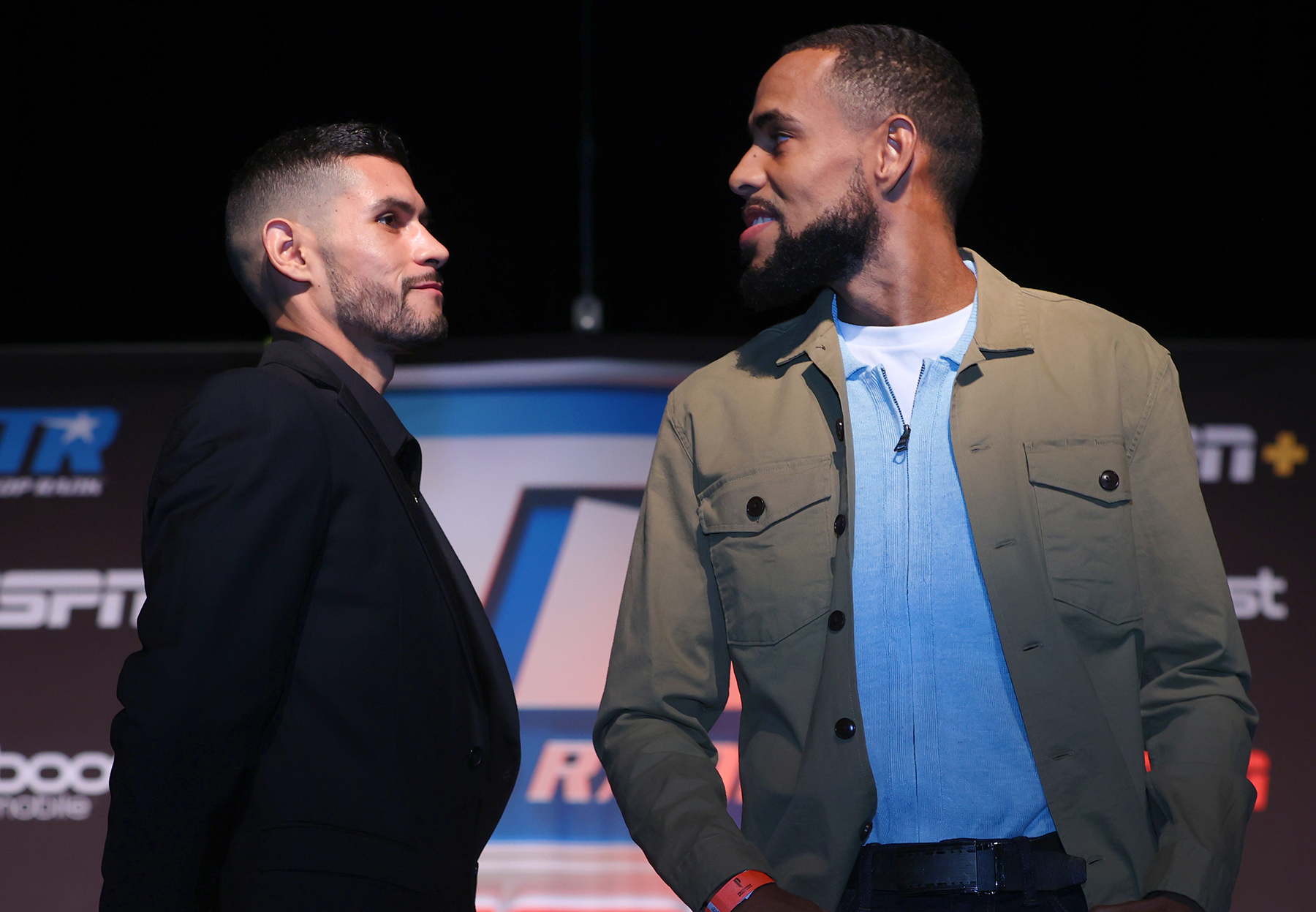 It’s a junior welterweight showdown Friday night on for Top Rank Boxing/ESPN in Southern California and it will be a significant stepping stone for either Arnold Barboza or Danielito Zorrilla, when all is said and done.

The fighters met with the media Wednesday afternoon one final time in advance of their showcase bout coming on Friday night.

At Wednesday’s press conference, this is what the fighters had to say.

“I think this fight has all the makings of being another great war between Mexico and Puerto Rico,” Barbosa said.  “I’m Mexican American and he is Puerto Rican. This one will be a great battle. Everyone knows my style, and he also likes to come forward. I can’t wait for Friday night.

“All the hard work is paying off. I began my career fighting on the small UniMás shows and now I’m the main event on ESPN, but we are not satisfied. We want more! It’s exciting to fight in front of friends and family in California. It has been a while since I fought in Cali, but now we are here, and we have a great matchup. We have a tough and hungry fighter in front of us.”

As for the fellow unbeaten Zorrilla,

“I feel happy and thankful for this opportunity. I’m well-prepared physically and mentally. Everyone will see on Friday night. I expect a lot from Barboza. He is a great fighter and one of the best in the division. This will be a very competitive fight. This will be a war!”

“Now I have former world champion, Rocky Martinez, in my corner. He is a man that has a lot of experience. He is a three-time world champion and knows what it takes to become a champion. He has added a lot to my team. I think this combination will benefit my career. We are working hard to represent Puerto Rico. If the opportunity presents itself for me to become the next big Puerto Rican star, we will be ready for that and will take it. That is what we are working for.”