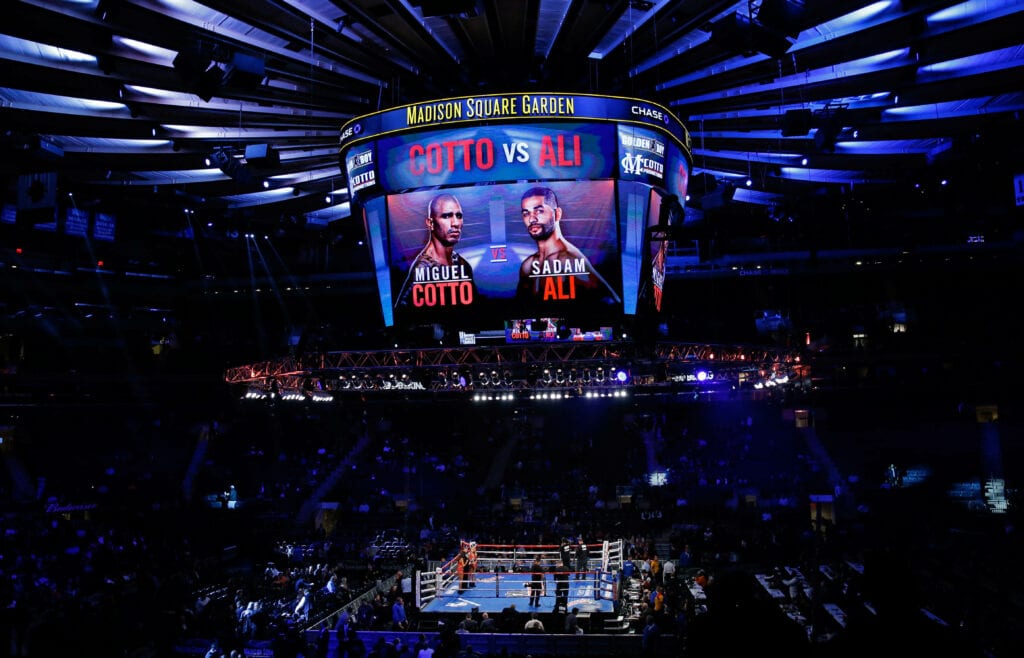 Joe Louis, in the 20th defense of his heavyweight title defense of the crown, made it a short one against Buddy Baer on January 9, 1942, at Madison Square Garden in New York City, New York.

It was a different time in the United States when this bout occurred as this was precisely one month after the bombing of Pearl Harbor. This bout was made as a benefit for the Navy Relief Fund, which received a total of $89,092.01. Louis donated his entire net cut of $47,100.94, promoter Mike Jacobs contributed his total net profit of $37,229.96, and Baer gave one-sixth of his purse, $4,081.11 to aid in the efforts.

This match was the second meeting between the two, as Baer was looking to avenge a loss in their first meeting in May 1941 at Griffin Stadium in Washington, DC. The first contest, Louis was knocked down by Baer in the first round but would later knock Baer down three times in the sixth.

The last knockout of the three was apparently after the bell, which kept Bear out cold. When Baer didn’t answer the bell in the seventh round, Baer’s manager, Ancil Hoffman, and his trainer, Ray Arcel, argued that Louis should be disqualified for hitting Baer after the bell. When they refused to leave the ring, referee Arthur Donovan disqualified Baer.

None of those theatrics would be needed for the second time around.

Louis was a 5-1 favorite to retain the title in this one. From the opening bell, the quicker, slimmer, and faster Louis was able to box around Baer landing at will before a nasty overhand right sent Baer down for the first knockdown. That shortly was followed by another right from Louis sending him down for a second time and a right uppercut that counted Baer out for the first-round knockout victory for Louis.

This was Baer’s last action in the ring. Leading up to this fight, Baer was involved in a car accident on Christmas Eve of 1941. While the injuries didn’t affect this fight taking place, litigation for the accident kept on until 1949 with Baer and the driver in the other vehicle, Wilma H. Wilkins receiving no compensation.

Louis, after this quick victory, would enlist into the Army after this fight and ended up serving the United States Army until 1945. The reign of title defenses would continue before retiring victorious after the 25th and final one against Jersey Joe Wolcott in 1949. Money issues would force Louis back into the ring and would continue to fight on until ending his career to the hands of Rocky Marciano in 1950.

Check below this historic 20th title defense for Joe Louis.

‘No Mas’: Leonard-Duran II in New Orleans
Tyson destroys Holmes on this day in 1988
Advertisement
To Top