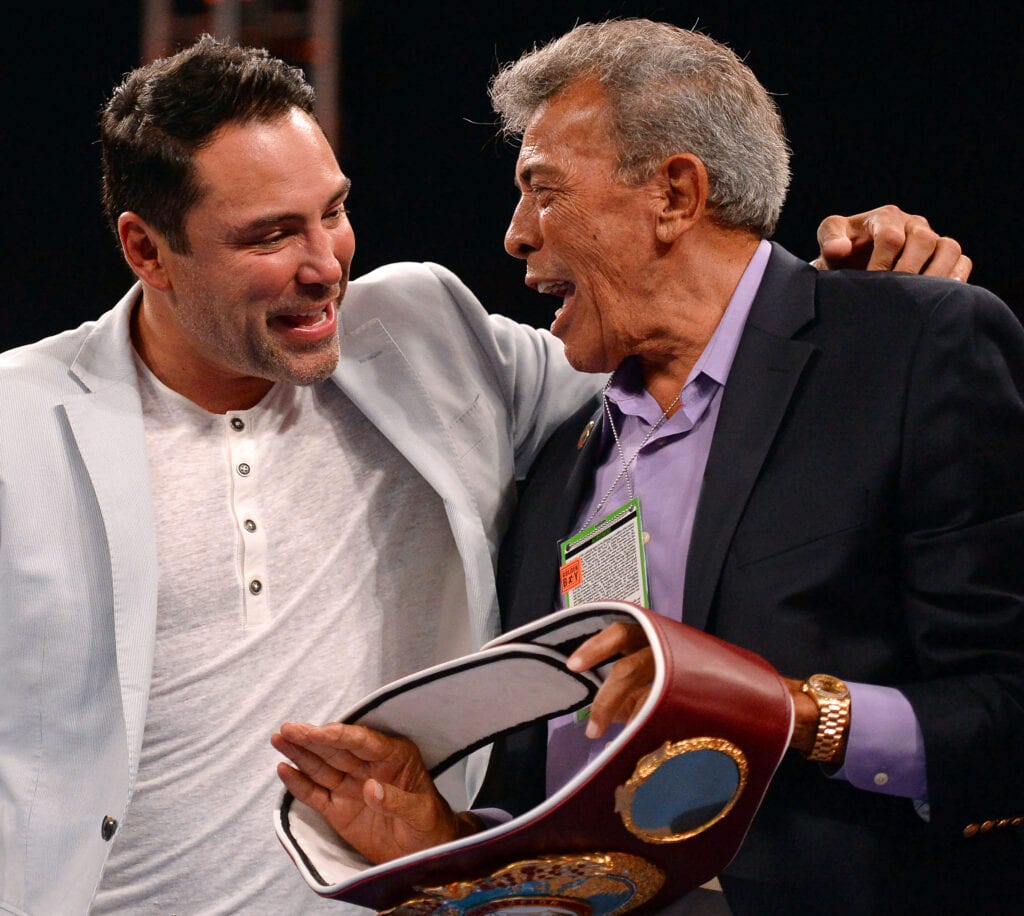 Super lightweight contender Yves Ulysse Jr. (17-1, 9 KOs) will square off against Steve Claggett (27-5-2, 17 KOs) in a 10-round rematch for the vacant WBA Gold Super Lightweight Title in the main event of the April 25 edition of Golden Boy DAZN Thursday Night Fights at Fantasy Springs Resort Casino in Indio, California. Details for how to watch the fights will be announced later on but the options are more than likely Golden Boy’s social media platforms such as their Youtube channel live like last month’s card or actually on the streaming service DAZN.

“I can’t believe that I will finally get my revenge against [Steve] Claggett,” said Yves Ulysse Jr. “I’ve been waiting for this fight for two years now! It’s going to be a hell of a fight. You won’t want to miss it!”

Claggett is a 29-year-old boxer who is known for fighting Christopher “The Heat” van Heerden and Danny O’Connor. Claggett will look to prove that his win against Ulysse Jr. in their first fight was not luck.

“Thank you to our promoter KO Night Boxing for the diligent work in making this fight happen,” said Steve Claggett. “It’s the bout we wanted. I’ve gone head-to-head against Ulysse Jr. and bested him in his hometown, and I’m going to do it again in spectacular fashion on April 25th.”

“Ulysse vs. Claggett 2 will certainly be a candidate for Fight of the Year,” said Camille Estephan, President of Eye of the Tiger Management in a press release.”Yves is very motivated to leave a mark and show that he is the man to beat at 140 pounds. The opportunity to erase the only blemish on his record is an opportunity to jump all over. The first fight was a highly controversial decision, so he wants to make sure there is no room for questions in this outing.”

In the co-main event, Oscar “El Jaguar” Negrete (18-1-1, 7 KOs) of Tierralta, Colombia, will defend his NABF Bantamweight Title against Joshua “The Professor” Franco (14-1-1, 7 KOs) of San Antonio, Texas in a 10-round rematch between two Golden Boy contenders. The first fight was a fun one and a close one to call as they both fought to s split decision draw last October.

The rest of the fight card will feature the following:

Marlen Esparza (5-0, 1 KOs) of Houston, Texas will return to the ring after almost a year of inactivity in an eight-round battle for the vacant NABO Flyweight Title.

Mike “Yes Indeed” Reed (23-2, 12 KOs), a southpaw contender of Washington, D.C. who has not been in the ring for a year, will make his comeback in an eight-round super lightweight bout.

Anthony Garnica (1-0,1 KO) of Oakland, Calif. will participate in the second fight of his career in a four-round featherweight bout.

Opponents for Reed, Ventura, Garnica, Reyes, and Curiel will be announced at a later time.