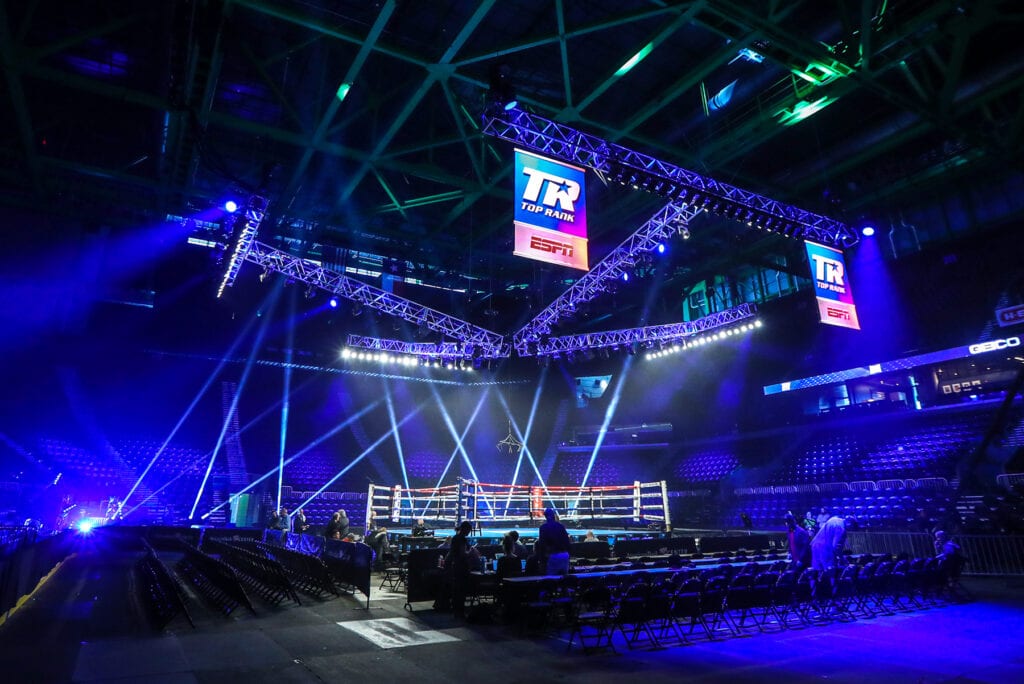 In the 12-round main event, Nigerian power puncher Aliu Bamidele “Lucky Boy” Lasisi (12-0, 8 KOs) will fight Ricardo Blandon (10-1, 6 KOs) for the vacant WBC International super flyweight belt. The co-feature will see Irishman David Oliver Joyce (9-0, 7 KOs) battle Stephen Tiffney (10-1, 4 KOs) in a 10-rounder for the vacant WBO European featherweight strap. This will be a great matchup as Joyce in the footage I’ve seen of likes to follow up the jab and apply pressure. A great example of this is a fight from 2017 where he made quick work of Lesther Cantillano.

Lasisi’s last bout was a dominant unanimous decision over Mchanja Yohana in December. Blandon, who hails from Managua, Nicaragua, has won three straight bouts by knockout and will be making his first ring appearance outside of his home country. His only loss was in a rematch he had with fellow countrymen Martin Diaz in November 2017. This fight for both fighters will be a step up for them in competition and should be fun as both guys throw.

Joyce, who represented Ireland at the 2016 Rio Olympics, is coming off a six-round unanimous decision over Jorge Rojas Zacazontetl last October at Hulu Theater at Madison Square Garden. Tiffney has won two straight since a decision loss to Lewis Paulin (10-0 at the time). The other action slated on the card scheduled are:

Shakhobidin Zoirov, who captured a bronze medal at the 2016 Rio Olympics for his native Uzbekistan, will make his professional debut against Anthony Holt (5-4-1, 3 KOs) in a six-round featherweight contest.

Lightweight prospect Majid Al-Naqbi will make his professional debut versus Vladimir Lytkin (0-2) in a four-rounder.

The debut MTK Global and Top Rank fight on @ESPN+ is taking place in Dubai this Friday ?? pic.twitter.com/wt3Y784zJ8