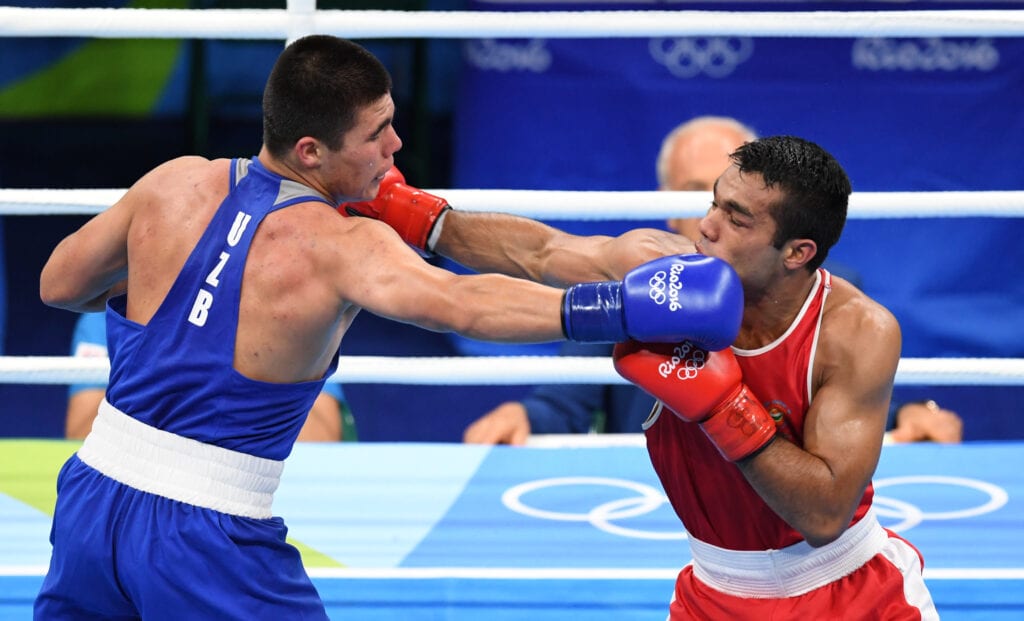 Carlos “El Caballo Bronco” Adames will defend his NABF championship belt against Brooklyn native Frank Galarza in the 10-round featured bout on the Terence Crawford vs. Amir Khan undercard broadcast, will begin at 6 p.m. ET/3 p.m. PT on ESPN2 and in Spanish on the ESPN app. Adames vs. Galarza will also be contested for the vacant NABO 154-pound belt.

Adames vs. Galarza will headline a scheduled five-fight broadcast, which will lead into the Crawford vs. Khan pay-per-view card at 9 p.m. ET/ 6 p.m. PT.

Adames (16-0, 13 KOs) is 3-0 since signing with Top Rank in early 2018. He turned pro in 2015 after a nearly 300-fight amateur career and showed he belonged at the world-class level in July 2017, knocking down and scoring a shutout decision over former world champion Carlos Molina. His last two fights have lasted a total of five rounds, and he is coming off a third-round knockout over Juan Ruiz on Jan. 18 in Verona, N.Y.

“I am thrilled and proud to fight at Madison Square Garden once again. It is a great honor to be in action on such a big stage and on an important card like this one,” Adames said in a press release. “I have a new trainer, Robert Garcia, and we are working on a lot of new things. This will be the new era of ‘Caballo Bronco.’ Frank Galarza is a good, experienced fighter. I know he has faced good opposition and that he is training hard for this fight. It will be a very interesting fight because he will be battling against someone that wants to be one of the greats in the sport. I’m coming to make noise in the 154-pound division.”

Galarza (20-2-2, 12 KOs), from the Red Hook section of Brooklyn, overcame a troubled childhood and a brief 11-fight amateur career to become a longtime contender in the paid ranks. He began his career 17-0-2 before a sixth-round TKO loss to Jarrett Hurd, who is currently the unified 154-pound world champion. A close decision loss to Ishe Smith followed in September 2016, but Galarza has since resurrected his career, winning a trio of fights to set up this opportunity versus Adames.

“There is no better place for this fight to be than at The Garden,” Galarza said in a press release.. “It’s a dream come true for me. I’m ready to show the world what I’m really made of. Carlos and I both are ranked in the top 15 in the WBO. He is coming to my backyard, and it’s going to be a great fight.”

Rounding out the rest of the under card is former Indian amateur standout Vikas “The Indian Tank” Krishan (1-0, 1 KO) will take  on  Noah Kidd (3-1-1, 2 KOs) in a six-round super welterweight fight. Krishan was a two-time Olympian for his home country and is the only Indian fighter to have won both the Asian and Commonwealth Games.

“As I continue my pro journey, it’s an honor to fight on such a significant card,” Krishan said to the media. “There is a large Indian population in New York and New Jersey, and I can’t wait to see the support from my Indian people. It’s going to be a special night.”

Puerto Rican middleweight sensation Edgar Berlanga (9-0, 9 KOs) has scored nine consecutive first-round stoppages to begin his pro career. He will look to make it 10 for 10 versus Brazilian veteran Samir Dos Santos (37-15-3, 26 KOs) in an eight-rounder. The Brooklyn-born Berlanga has fought four times in New York City as a pro and will be making his Top Rank debut.

Larry Fryers (9-1, 3 KOs), a native of Ireland who now lives in New York, will look to make it four wins in a row against Dakota Polley (5-2, 2 KOs) in a super lightweight bout scheduled for six or four rounds.