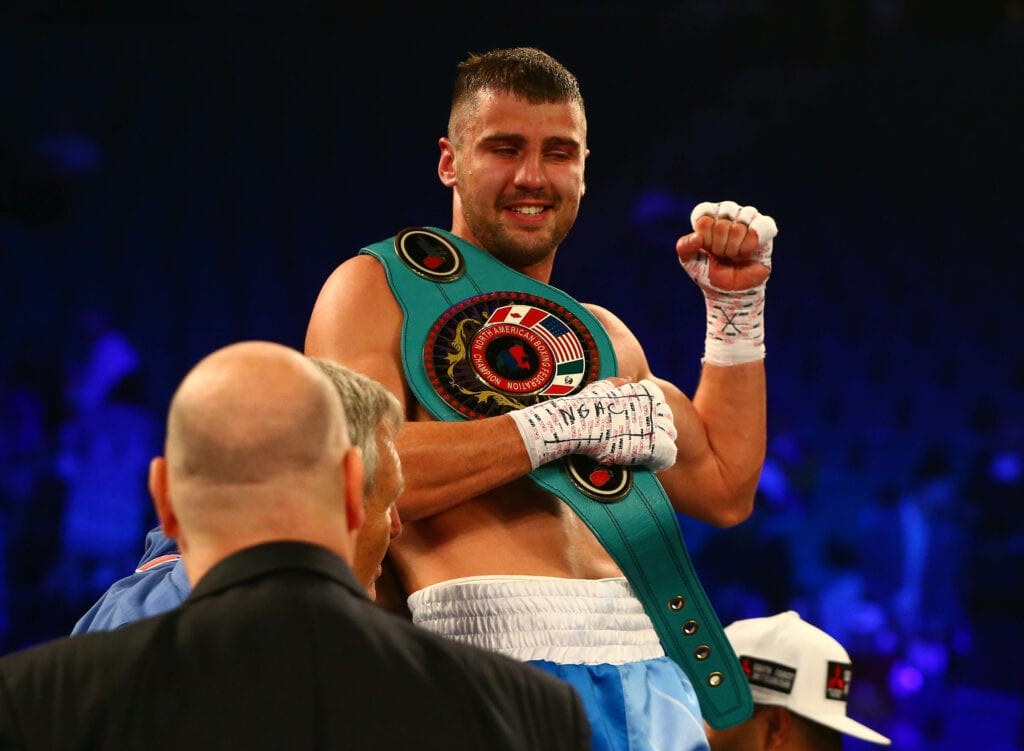 Philadephia will host the WBC and lineal light heavyweight champion Oleksandr “The Nail” Gvozdyk as he will be making taking on against Doudou Ngumbu on Saturday, March 30 at the 2300 Arena.

Gvozdyk (16-0, 13 KOs) won an Olympic bronze medal for his native country Ukraine back in 2012 as part of a team that included two-time gold medalist Vasiliy Lomachenko. Prior to that against a mandatory challenger, he traveled to Quebec City and, knocked out longtime champion Adonis “Superman” Stevenson in the 11th round.

He had won the WBC interim light heavyweight title he has was won last March with a unanimous decision victory against Mehdi Amar.

“It was a long journey for me to become a world champion, and I plan on showing everyone why I am the best light heavyweight in the world,” Gvozdyk told the media. “Ngumbu is a tough fighter who I cannot afford to overlook. My goal in 2019 is to unify with the other champions, but before I can do that, I have to take care of business on March 30.”

Ngumbu (38-8, 14 KOs) is coming off perhaps the biggest win of his boxing resume, a 12-round majority decision over then-undefeated  Yoann Kongolo in May of last year.

A native of the Democratic Republic of Congo who is now based in France, Ngumbu will be making his first ever attempt at a world title.

“It is a great opportunity to face arguably the best light heavyweight fighter in the world. Afte r 12 years and 46 fights in my career with serious opposition, I get my first shot at a major world title,” Ngumbu said. “I have the utmost respect for Oleksandr Gvozdyk, a great champion who took the WBC title in a war against Adonis Stevenson. It is not going to be easy, but I believe I am much more experienced as a pro and I intend to use that to my advantage.”

The light heavyweight bout will be featured live on ESPN at 10 p.m.