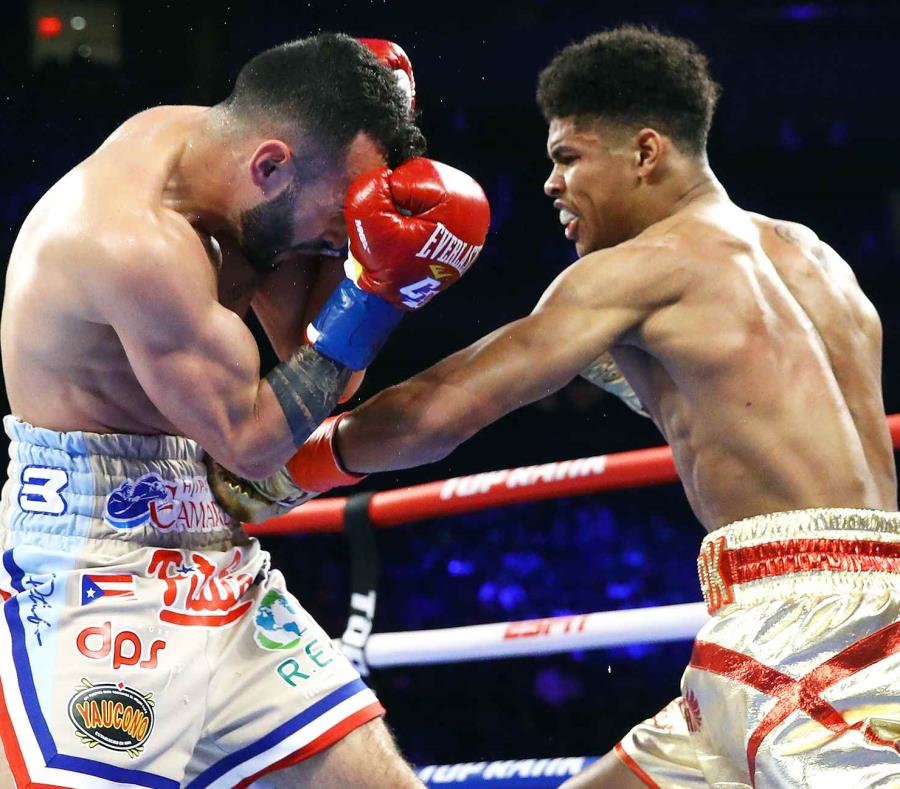 Stevenson to face Manzanilla instead of Socarras

Newark native Shakur Stevenson has graduated from co-headliner to center stage performer. Stevenson, a 2016 Olympic silver medalist, will return home for the first time as a professional when he faces former world title challenger Franklin Manzanilla in a 10-round featherweight bout Saturday, July 13 at Prudential Center.

Manzanilla replaces original opponent Hairon Socarras, who dropped out of the fight.

Stevenson-Manzanilla and the 12-round IBF bantamweight eliminator for the No. 2 ranking featuring Joshua Greer Jr. and Nikolai Potapov will be televised live on ESPN and ESPN Deportes beginning at 10:30 p.m. ET/7:30 p.m. PT. 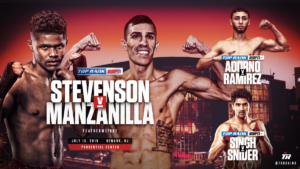 Stevenson (11-0, 6 KOs), the WBO No. 1 contender, returned from the 2016 Rio Olympics as one of the sport’s most highly touted prospects. He graduated from prospect to contender status in 2018, knocking out longtime contender Viorel Simion in one round as the ESPN-televised co-feature to the Terence Crawford-Jose Benavidez fight in Omaha, Nebraska. Stevenson shined on the Crawford-Amir Khan pay-per-view undercard April 20 at Madison Square Garden, dominating former world title challenger Christopher Diaz over 10 rounds.

“It doesn’t matter who I fight. I am ready to put on a show for my hometown,” Stevenson said in a press release. “Newark is going to be out in full force, and I know a victory on July 13 will move me closer to a world title shot, which is my ultimate goal.”

Manzanilla (18-5, 17 KOs) is a Colombian power puncher who made his United States debut earlier this year when he challenged unbeaten WBC super bantamweight champion Vargas. He knocked down Vargas in the second round of a rough-and-tumble fight, ultimately dropping a unanimous decision. Manzanilla owns a 2018 TKO victory over former WBC super bantamweight champion Julio Ceja and has only been knocked out once in the paid ranks.

“I fought for a world title against Rey Vargas in my last fight, and I let that opportunity slip away,” Manzanilla said in a press release. “Against Shakur, I don’t want that to happen to me again. It will be an honor to be in the ring with an Olympian on such a big stage. I am inspired to give the fans a great show and crash the party.”

The ESPN+ undercard will include the following fights:

Vijender Singh, a 2008 Olympic bronze medalist from India and the only Olympic boxing medalist in his nation’s history, will face Mike Snider (13-5-3, 8 KOs) in an eight-round super middleweight bout. Singh last fought in December 2017 and is hoping to get closer to a world title shot with a strong finish to the year.

Vito Mielnicki Jr. will become the first New Jersey boxer to turn pro at the age of 17 when he fights in a four-round super welterweight bout against Tamarcus Smith (2-2, 2 KOs). Mielnicki received a special exemption to turn pro from the New Jersey Athletic Control Board.

Josue “The Prodigy” Vargas (13-1, 8 KOs), from the Bronx, will look to extend his winning streak to eight against Manuel Lopez (14-3-1, 7 KOs) in an eight-round super lightweight fight.

Walsh-Paulin, Davis-Vasquez this Friday on ESPN+
McKinson to take on Pavko on Brentwood card
Advertisement
To Top