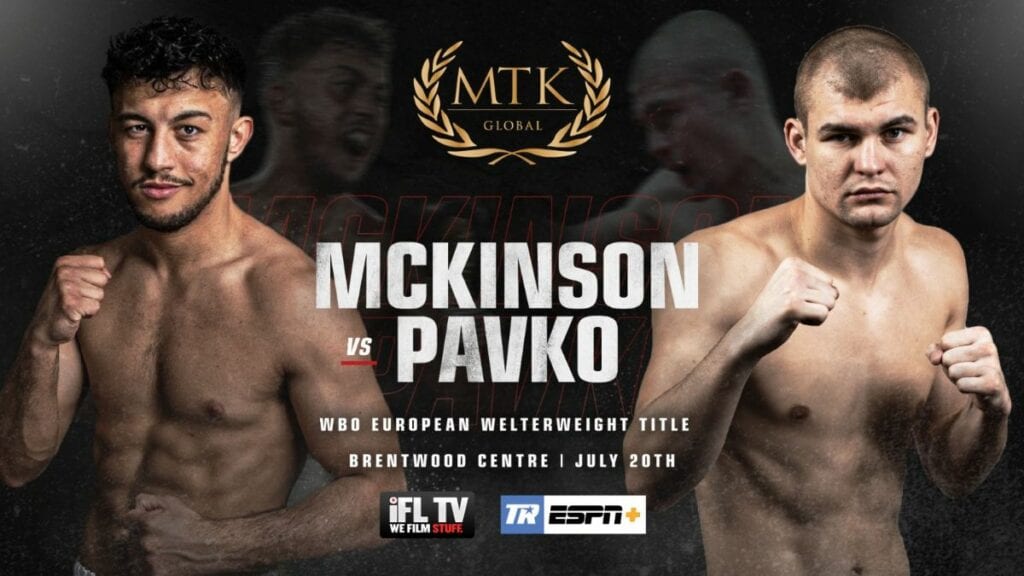 McKinson to take on Pavko on Brentwood card 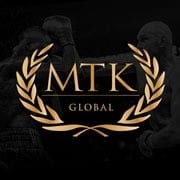 Feared welterweight Michael McKinson will look to add the WBO European crown to his WBC straps when he takes on Evgeny Pavko.

Undefeated McKinson (16-0, 2 KOs) will clash with hard-hitting Russian Pavko (18-2-1, 13 KOs) on the #MTKFightNight at the Brentwood Centre on July 20 – live on the streaming service in the United States on ESPN+ in association with Top Rank and on iFL TV everywhere else in the world..

Having been unable to garner the big domestic names at 147 lbs. to step in the ring with him, McKinson is delighted to be graduating to European level having already won WBC Youth and WBC International Silver titles.

McKinson said in a press release: “This is a good bout. Nobody in Britain wanted to fight me so we’ve had to go the harder route and take on a dangerous Russian.

“I’ve always said I’ll fight anyone and while Pavko is a dangerous opponent, I believe in my ability and I’m going to show everyone – once again – that I’m not here to play games.

“I wouldn’t be a good fighter or a good champion if I had easy fights. I actually prefer these tough challenges so I’m excited by this.

“It’s about time I had a third belt to add to my collection. I’ve defended the WBC International Silver twice now against proper opponents so I wanted a new challenge and MTK Global has delivered.”

McKinson’s last performance was a 10-round schooling of the heavy-handed Ryan Kelly at the same venue back in March.

Joining McKinson vs. Pavko on one of the biggest bills Essex has seen in recent times is the WBC world title final eliminator between Chantelle Cameron and Anisha Basheel, the Southern Area welterweight title clash between Shaquille Day and Louis Adolphe plus the likes of Danny Dignum, Jay Whelan and more on the undercard.