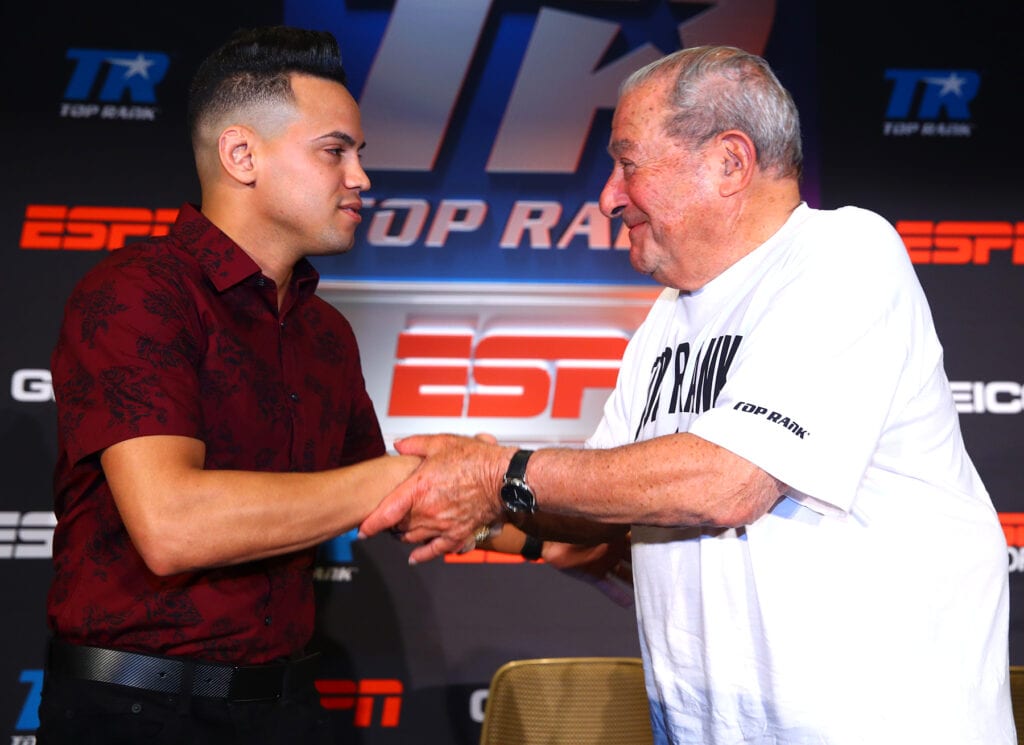 Robeisy Ramirez, one of the greatest Cuban amateur boxers ever, has a date for his long-awaited professional debut. The two-time Olympic gold medalist will take on an opponent to be named in a featherweight contest Saturday, Aug. 10 at the Liacouras Center in Philadelphia on the undercard of Carl Frampton’s featherweight battle against Emmanuel Dominguez.

The Ramirez fight will stream live as part of the undercard broadcast on ESPN+ — the industry-leading sports streaming service — beginning at 6:30 p.m. ET/3:30 p.m. PT.

Promoted by Top Rank, in association with Peltz Boxing and Queensberry Promotions, tickets priced at $100, $55 and $35 (not including applicable fees) are on sale now and can be purchased at the Liacouras Center Box Office and www.liacourascenter.com, or by calling Peltz Boxing at 215-765-0922. 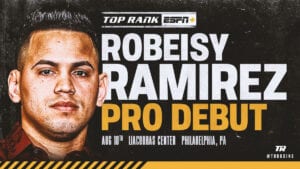 “I started boxing when I was 10 years old,” Ramirez said in a press release. “After winning two Olympic gold medals, I knew I wanted to join the world of professional boxing. I hope I can achieve the same success professionally that I did as an amateur, and I believe that Top Rank will provide me with the path to fulfill my dreams.

“I am 25 years old with a lot of experience fighting the best fighters in the world. This is the first step on my journey to a professional world title.”

Ramirez, from Cienfuegos, Cuba now residing in Gulfport, Florida, won the second of his gold medals at the 2016 Rio Olympics, edging current promotional stablemate Shakur Stevenson in the final. He made history at the 2012 London Olympics when, at the age of 18, he became the youngest men’s Olympic boxing champion in 32 years. Ramirez defected from Cuba last year while at training camp in Mexico and is ready to bring his amateur pedigree to the paid ranks. He was announced as a signing at the Top Rank Boxing stable following the weigh-in of Jamel Herring and Masayuki Ito.

Davis-Nunez undercard to stream on Youtube
Gvozdyk-Beterbiev Unification Bout set for October
Advertisement
To Top
We use cookies to ensure that we give you the best experience on our website. If you continue to use this site we will assume that you are happy with it.OkPrivacy policy