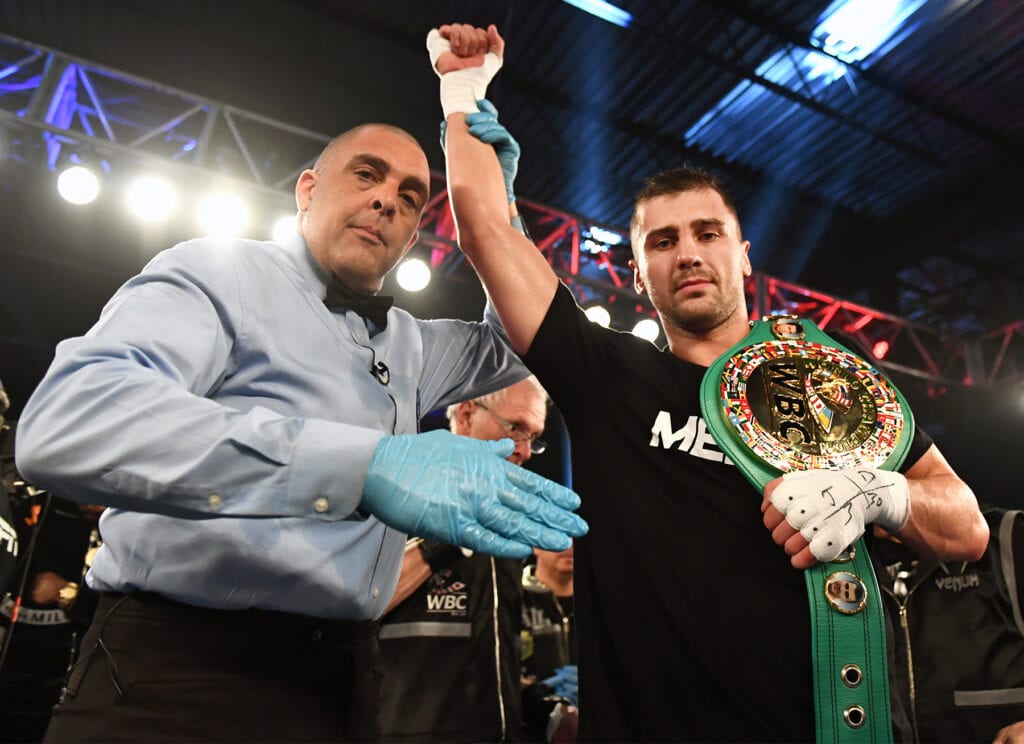 The light heavyweight division has a unification bout on the docket as it was made known on Wednesday that unbeaten Oleksandr Gvozdyk will take on Artur Beterbiev in October.

Beterbiev posted on his Twitter that the bout will happen on October 18. Boxingscene.com is also reporting that the date is fluid and could take place either October 11 or October 25th.

Whenever it happens, we have a great matchup in October in the United States. The bout will be carried on the ESPN family of networks as both boxers are signed to Top Rank Boxing.

Good news! I signed a contract for unification fight with Oleksandr Gvozdyk @alex_gvozdyk for #IBF and #WBC belts. The bout will be on 18 October, USA.

Gvozdyk (17-0, 14 KOs) was successful in defense of his WBC title when he defeated Doudou Ngumbu in the fifth round by injury stoppage back in March. Ngumbu had injured his right calf in the 5th round and could not continue. Gvozdyk was awarded the technical knockout victory, but before the stoppage was well in control of the contest controlling the pace and landing more shots throughout the fight.

Beterbiev (14-0, 14 KOs) has the IBF light heavyweight world title and last defended it by stopping Radivoje Kalajdzic in Sacramento back in May. Beterbiev in that contest got the ref to halt it in the fifth after dealing some severe punishment to Kalajdzic. Beterbiev knocked him down in the third round and in the fourth had him hurt leading to the stoppage in the opening seconds of the fifth.

“I worked very hard for this fight. I went 100 percent in the gym. Maybe one day I’ll show my boxing skills,” Beterbiev said after the fight with Kalajdzic. “I want unification fights. It doesn’t matter who it is. I am happy to be working with Top Rank and ESPN.”

Gvozdyk said after the fight with Ngumbu, “My goal is to unify titles. I will wait to see what my team tells me to do next.”

Well, they both have their wish, and we’ll wait for the location for this bout in October.

Olympic Medalist Ramirez to make pro debut in August
Lomachenko to face Campbell for vacant WBC lightweight title
Advertisement
To Top
We use cookies to ensure that we give you the best experience on our website. If you continue to use this site we will assume that you are happy with it.OkPrivacy policy