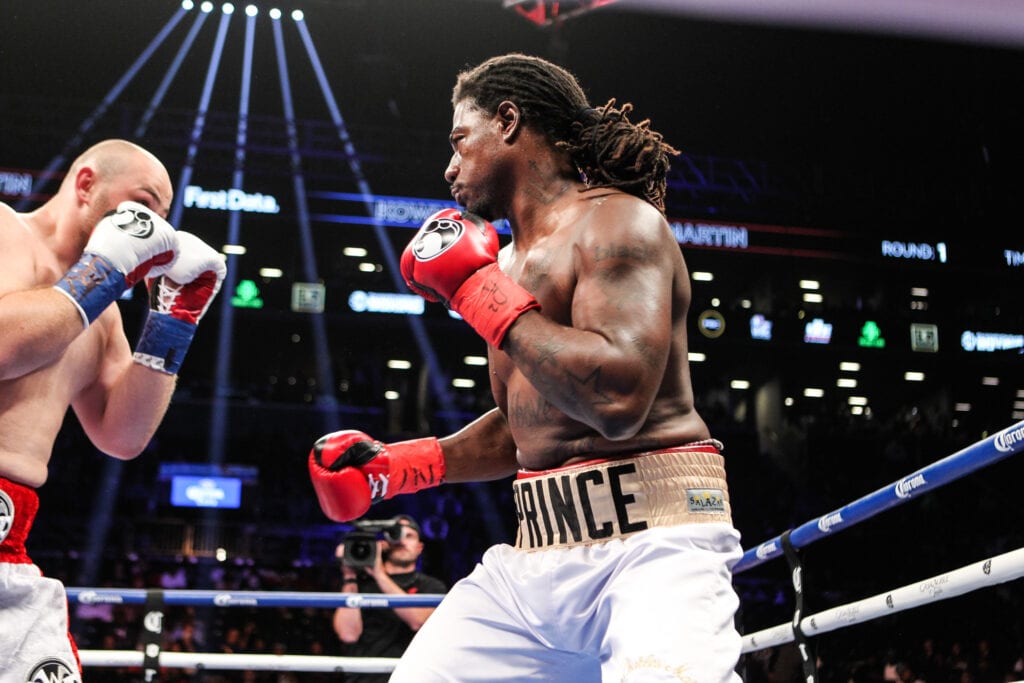 Former heavyweight world champion Charles Martin will square off against Daniel Martz in a 10-round heavyweight attraction as part of FS1 PBC Fight Night action and on FOX Deportes Saturday, July 13 from The Armory in Minneapolis.

Born in St. Louis but now fighting and training out of Southern California, Martin (26-2-1, 23 KOs) showed heavy hands in racking up 20 knockouts in 23 fights before he captured a heavyweight world title with a victory over Vyacheslav Glazkov in January 2016. The 33-year-old has won three of his last four fights, most recently winning by DQ against Gregory Corbin in March on FS1. He will face West Virginia’s Martz (18-6-1, 15 KOs), who has scored back-to-back knockout victories since losing to Luis Ortiz on FS1 in December 2017.

Wahlstrom, Casteneda to battle in August
Walsh-Paulin, Davis-Vasquez this Friday on ESPN+
Advertisement
To Top