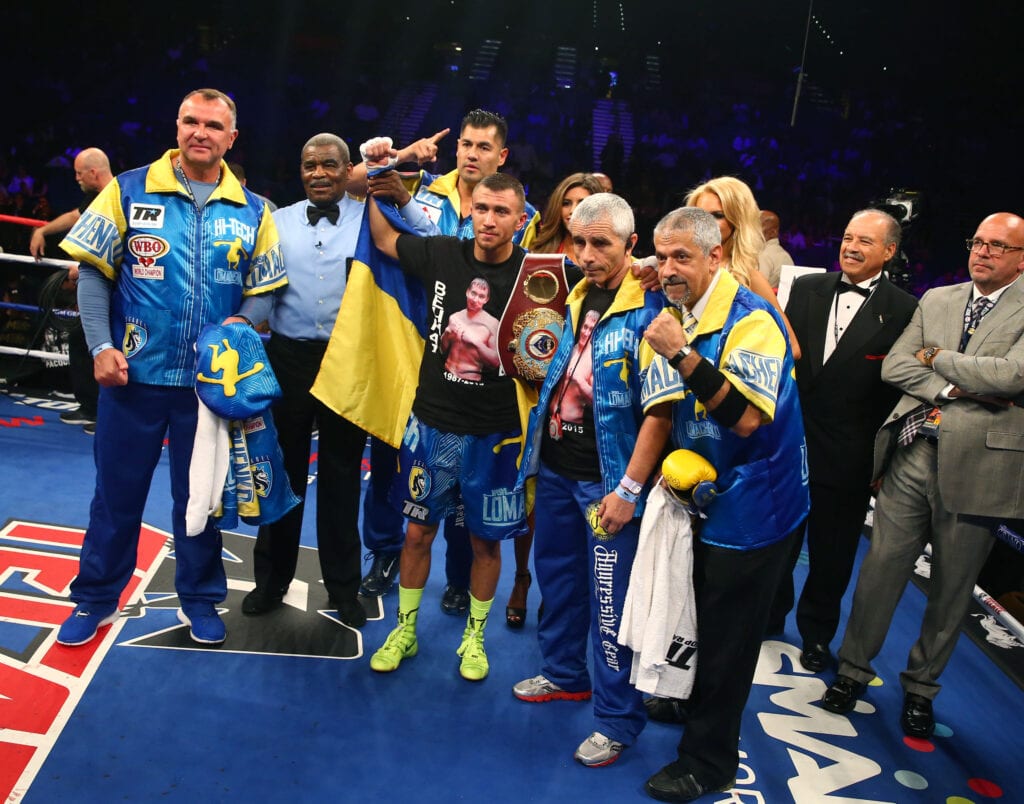 Unified lightweight world titleholder Vasiliy Lomachenko will take on mandatory challenger Anthony Crolla on April 12 at the Staples Center in Los Angeles after both camps agreed to a deal Tuesday night.

The terms for the fight, which will headline a Top Rank Boxing on ESPN+ card to coincide with the one-year anniversary of the launch of the network’s streaming service, was made between Lomachenko promotions team at Top Rank and Crolla’s promoter Eddie Hearn of Matchroom Boxing a day before the rights for the bout were set to be auctioned off via a purse bid at the WBA headquarters in Panama City, Panama.

Now Crolla, is headed into his first fight in the United States and only his second outside of the United Kingdom; he fought in Germany back in 2008.

I started getting punched on the nose for nights like this 23 years ago. I’m not an idiot and I know this is a huge challenge but April 12th I’m gonna be in the best shape both physically and mentally and going to LA to shock the world!!! I can’t wait to do it ?? https://t.co/Nu1ljUD2o1

“It’s a huge opportunity for Anthony Crolla,” Hearn told the media. “He has earned his stripes, a former world champ who has fought the best. He won the final eliminator against Yordan in November, and I’m happy he gets this chance now. Lomachenko is a great talent, but Anthony is in great shape and ready for this chance.”

Back in November 2015, Crolla (34-6-3, 13 KOs) won a lightweight world title by taking down Darleys Perez in the fifth round in Manchester of an immediate rematch of a draw four months prior.

Crolla, defended that title with a seventh-round knockout of Ismael Barroso, then lost it by a decision to Linares in September 2016. Linares won the grudge match to Crolla in March 2017, after which Crolla rallied off three straight wins in a row to earn this shot against Lomachenko.

The heavily favored Lomachenko (12-1, 9 KOs), has won world titles in three different weight classes. He moved up to lightweight and knocked out Linares in the 10th round back in May to win a world title in his third division. On Dec. 8, the two-time Olympic gold medalist from Ukraine, stopped Jose Pedraza twice in the 11th round en route to a unanimous decision victory to unify two belts.