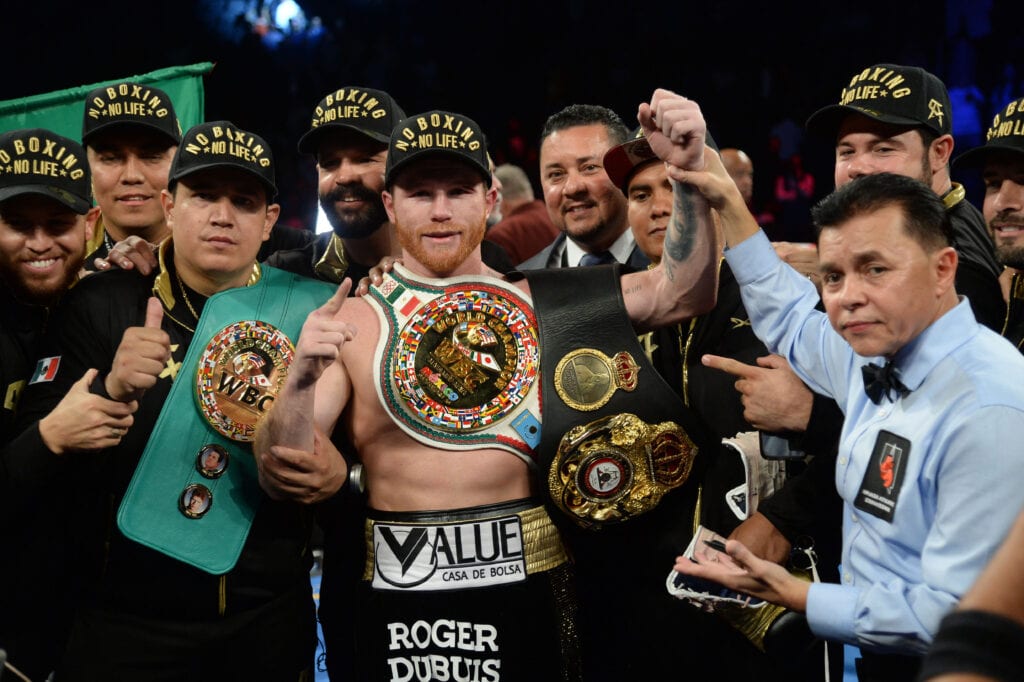 Unified middleweight champion Saul “Canelo” Alvarez takes on IBF titleholder Daniel Jacobs in a unification bout May 4 from the T-Mobile Arena in Las Vegas. However before the war in the ring takes place, the war with words will start with a 3-city international tour on February 27th in New York City. The tour will include stops in Mexico City, Mexico March 1st and conclude in Los Angeles on March 4th.

The fight will be carried Cinco De Mayo weekend on the streaming service DAZN, who signed him to a 5- year, 11 fight deal last October.

Alvarez (50-1-2, 34 KOs), will be fighting out of the T-Mobile Arena for the fifth time in his career, which includes both battles against Gennady Golovkin back in September 2017 and 2018. The 28-year-old champion last stepped in the ring last in December when he won the WBA (regular) super middleweight championship by third-round TKO over Rocky Fielding at Madison Square Garden in New York City.

“I’m excited to return to T-Mobile Arena for a fifth time,” Alvarez mentioned in a press release. “I inaugurated this arena to boxing at an international level, and it’s a place where I have had some of my biggest fights. This fight against Daniel Jacobs will not be the exception. I am ready to capture another world title in front of a packed house, listening to the unconditional support of the fans in attendance, and also for those who will watch this fight through the screens of a huge platform in DAZN. I want it so when people talk about T-Mobile Arena, they say that is where Canelo Alvarez fights.”

Are you in #NYC, Mexico, #LA? Get ready to join us on the #CaneloJacobs Press Tour! ✈️

All events are open to the public! Details to coming soon. ? pic.twitter.com/PJAEPectqa

Jacobs (35-2, 29 KOs) has bounced back after he losing the WBA title to Gennady “GGG” Golovkin in March 2017 by a unanmious decision that some in the boxing community believe that the “Miracle Man” won. He’s won his last three straight contests, with the latest spotlight win coming by of defeating Sergiy Derevyanchenko by split decision in October to win the IBF t middleweight title.

“I’m thrilled that this huge night has landed in Las Vegas,” Jacobs said in the release. “I made my debut there in 2007, but I haven’t boxed there for nearly nine years. Scheduling the biggest fight of my career at T-Mobile Arena is the perfect occasion to return to the bright lights and shine on a massive stage. Canelo is a champion and he’s fought the best so it’s an honor for me to face him, and of course, it’s a brilliant fight for the fans. But my legacy is on the line and I have a lot to gain – I want to be a Hall of Famer one day, and this is the sort of fight that will get me there.”