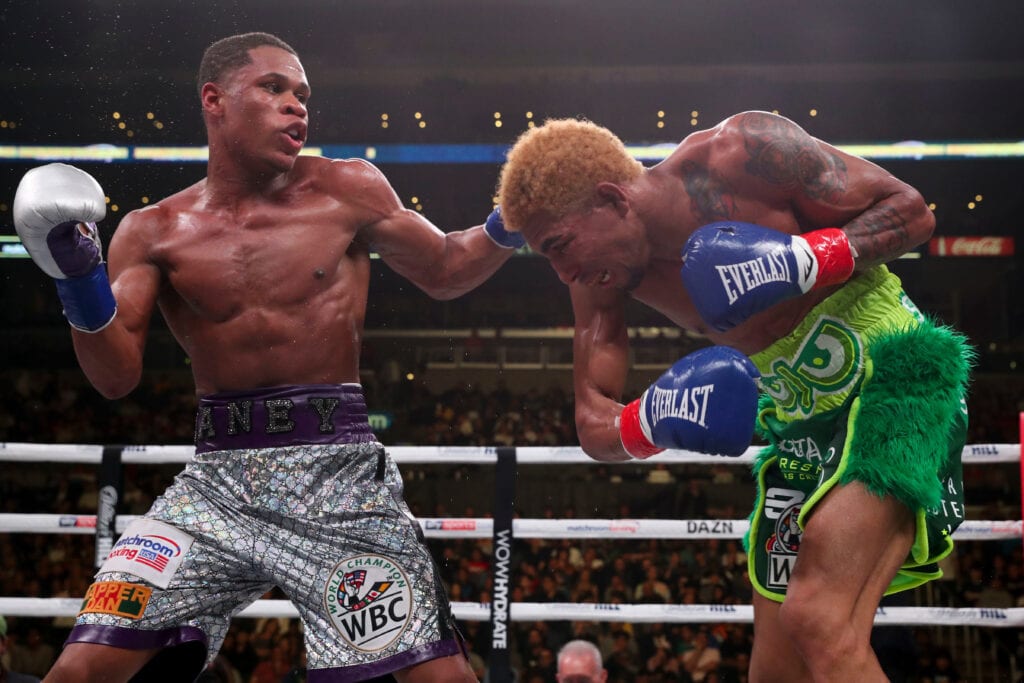 Devin Haney, in his lightweight debut, won easily against Alfredo Santiago, but it wasn’t as easy as many had anticipated leading in.

Haney (24-0, 15 KOs) took on the rangier Santiago (12-1, 4 KOs) who early on used that to his advantage. Still, Haney made the adjustments and was able to not only wear out Santiago but employ his fight throughout to contest, which took place at the Staples Center in Los Angeles, California.

Haney was not only in control of the fight, but also rounds as it went along. Haney also knocked Santiago down in the fifth round. The three judges ruled all the same in favor of Haney 120-107 to win by unanimous decision to retain the WBC lightweight title.

“I felt like I did an all right performance,” Haney told DAZN’s Chris Mannix following his victory. “I could’ve did better, but in one of the rounds I dislocated my right shoulder, so my shoulder was bad the whole fight. But I went in there, I showed I was a true champion, I got the win, I won on every scorecard. So, I’m happy.”

The non-boxing crowd in attendance for the main event of Youtubers KSI take on Logan Paul was heard booing in the championship rounds of this contest that aired on the streaming service DAZN. This may be because while the in-ring action wasn’t what they were expecting, but this was for Haney at least on the scorecards a boxing clinic in his first defense of the newly handed to him lightweight title.

We’ll see where Haney goes from here in terms of competition, but first, we’ll wait for him to heal up is the shoulder. We all know that Haney is on a quest to take on Lomachenko, it’s just a matter of wait and sees if that ever comes to fruition. Another name that has been sparked up on Twitter to keep an eye on is Gervonta Davis in the event Lomachenko is not next.