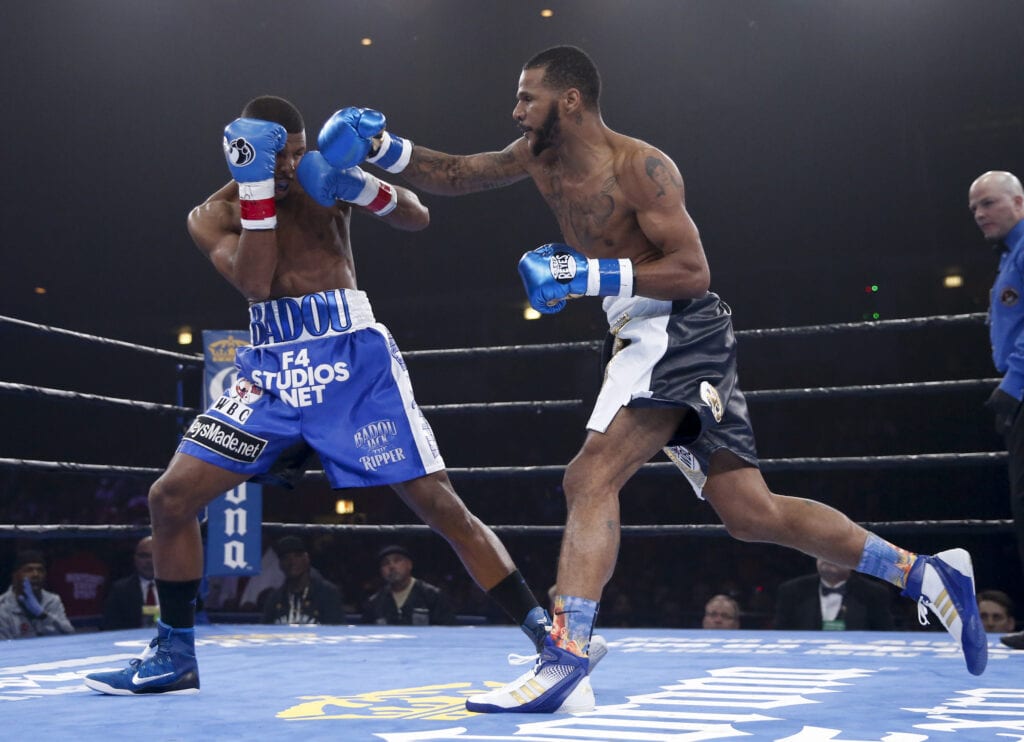 On a brand new Big Fight Weekend podcast, we are ready for the Saturday Super-Middleweight (168 lbs.) battles on two continents to take place, and the winning fighters could end up facing each other.

First, from London it’s contenders James DeGale and Chris Eubank, Jr., who will battle on Saturday afternoon U.S. Time in the O2 Arena. They are both former belt holders in this division and the winner will have a chance to fight for the title again. Host T.J. Rives brings back David Payne from www.boxingwriter.co.uk on the show to give an in-depth look at this one, including the implications for the future. In specific, Eubank is the son of a former great fighter in the U.K. and is still trying to live up to his dad’s accomplishments.

Then, T.J. and David discuss the state of the Heavyweight division with Anthony Joshua, Deontay Wilder and Tyson Fury, and an opinion piece David has written about heavyweights past and them trying to manage risk vs. money and titles.

Next up is title fight in Minnesota Saturday night from Premier Boxing Champions and Fox Sports 1. It’s Anthony Dirrell looking to regain a portion of the Super Middleweight title, when he fights Turkey’s Avni Yildirim, a top five contender, for the vacant WBC World Championship. Dirrell is a former champ, who has won five straight five fights since losing his title Badou Jack (photo above) in 2015.

T.J. welcomes back Antione Williams from GOAT Boxing Promotions in Houston to break down this match-up and the possible implications for Dirrell to fight the DeGale-Eubank winner or someone else later this fall?

Antoine and T.J. also discuss GOAT promotions upcoming events in March in Houston, TX, and how up and coming boxers can get involved/get themselves noticed.

Get ready for a double header that may have some serious punches being exchanged. It’s part of this latest Big Fight Weekend!