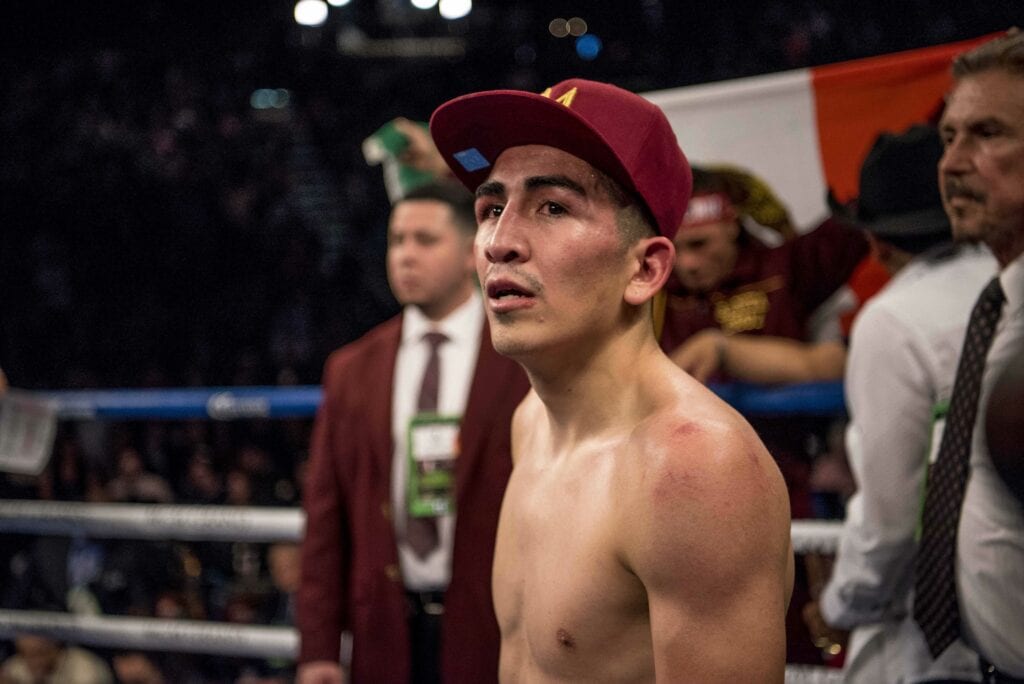 Heading into another Big Fight Weekend that features a Featherweight World Title Fight Saturday night on FOX TV. So, host T.J. Rives is back to preview it with special guests.

First, Marquis Johns of our newly launched website is on board to talk about the site, the signing this week of British Heavyweight Sensation Anthony Joshua coming to fight in June in the U.S. at Madison Square Garden and then, the Leo Santa Cruz-Rafael Rivera showdown in L.A. for Saturday.

Santa Cruz, an L.A. native is making the latest defense of his title against a late-injury replacement in Rivera. The Fight will be Saturday night at the Microsoft Theater in downtown L.A.

Then, speaking of Britain, David Payne from BoxingWriter.co.uk is back on the show talking Joshua and his opponent + when will the much anticipated Wilder/Fury rematch happen this summer? Before or after Joshua? Also, T.J. and David chop it up about the anniversary this week of “Buster” Douglas stunning Mike Tyson and the boxing world with a 10th knockout in 1990.

Finally, it’s great to hear from Fox Sports Radio’s Jonas Knox anytime, but especially, when there’s a title fight in L.A. Jonas talks some Santa Cruz-Rivera, heavyweights too, and more!

It’s all part of the latest edition of “Big Fight Weekend!”

Give our latest podcast a listen!

Is Keith Thurman Ready to get back in the Ring?
Night of fireworks coming for Dirrell, DeGale or Eubank Saturday?
Advertisement
To Top
We use cookies to ensure that we give you the best experience on our website. If you continue to use this site we will assume that you are happy with it.OkPrivacy policy