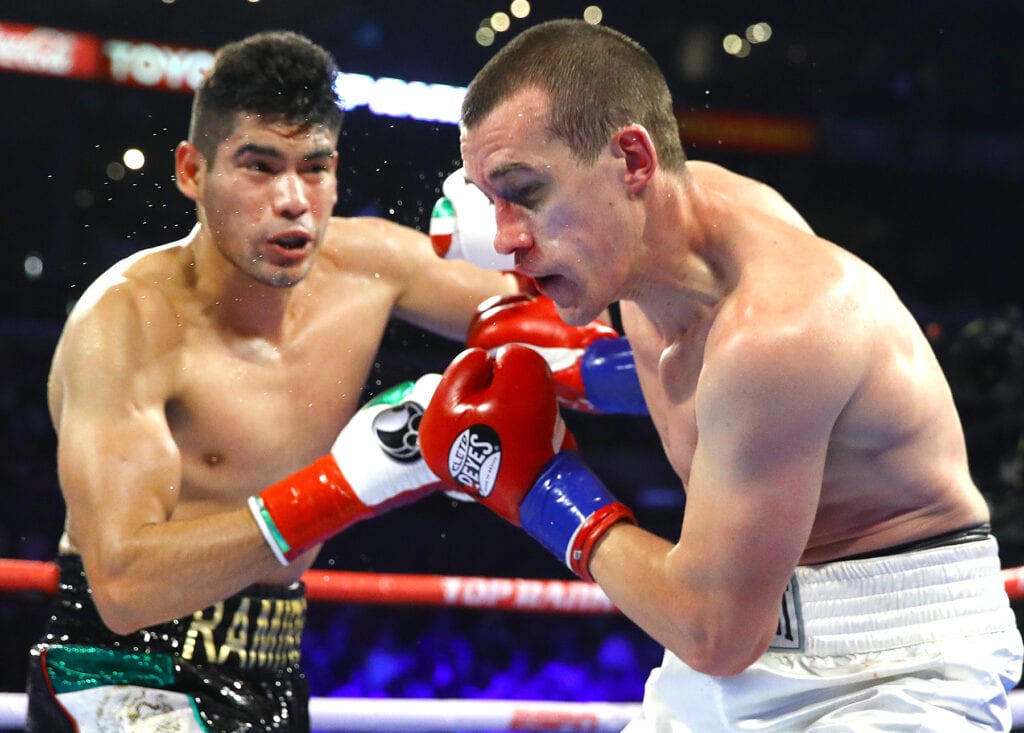 When light heavyweight contender Gilberto “Zurdo” Ramirez knocked out Yunieski Gonzalez in the 11th round of an exciting title eliminator in December he became the mandatory challenger for WBA titlist Dmitry Bivol.

Ramirez and his team at Golden Boy tried to make the fight with Bivol both before Ramirez faced Gonzalez and again after he won. But they were rebuffed. Bivol and his team thought they had had a chance to land a mega fight with Canelo Alvarez and did — and Bivol upset Ramirez’s Mexican countryman Alvarez by decision last Saturday.

But, Ramirez isn’t about to sit around waiting for his title shot, especially now that there’s a chance Alvarez will opt for his right to an immediate rematch. If he does that would further delay Ramirez’s chance to face Bivol.

So, Ramirez returns to action to fight former interim titlist Dominic Boesel in what is also officially a WBA title eliminator on Saturday (DAZN, 9 p.m. ET) at Toyota Arena in Ontario, California.

Ramirez (43-0, 29 KOs), a 30-year-old southpaw from Mexico, remains hopeful that with a win over Boesel he will get the chance to challenge Bivol for his title. He said he would so with a bit of added motivation.

“I think Bivol was just too much for Canelo,” Ramirez said this week. “I am a little sad as a Mexican boxing fan. In a way I do have to get revenge since I represent Mexico as well.”

Golden Boy CEO Oscar De La Hoya not only wants to see Ramirez get a title shot but for him to keep winning so he can match the 50-0 career mark that Floyd Mayweather retired with.

“I saw a lot of potential in Zurdo and that’s why I signed him once he became a free agent,” De La Hoya said. “The vision is to beat Mayweather’s record. There are a lot of fights and opportunities for him. It’s just a matter of positioning Zurdo and forcing fighters to fight him.”

Ramirez likes the idea of trying to match Mayweather’s mark, even though it is not any sort of all-time record, as attractive as it is.

“I am knocking on the door of a title fight, and staying busy is best,” Ramirez said. “I also want to stay busy to break Mayweather’s record. Eventually, the big fights will happen. It’s just taking time.”

He hopes for an impressive performance against Boesel (32-2, 12 KOs), 32, of Germany, to continue to force the issue.

“I am looking for an early knockout,” Ramirez said. “I have to knock out other fighters and put on a good show to get the big fights and get a chance at the champions. I have to knock out all these guys to show that I am ready for big challenges and big opportunities. We are looking for the big fights. I have to go through some fighters first. I know the fights are going to happen. Everyone is busy with other fights, but I know these fights will happen this year.”

In the co-feature, exciting Mexican lightweight William Zepeda (25-0, 23 KOs), a 25-year-old southpaw, will defend his regional belt against former junior lightweight titlist Rene Alvarado (32-11, 21 KOs), 33, of Nicaragua, in a 10-round bout.