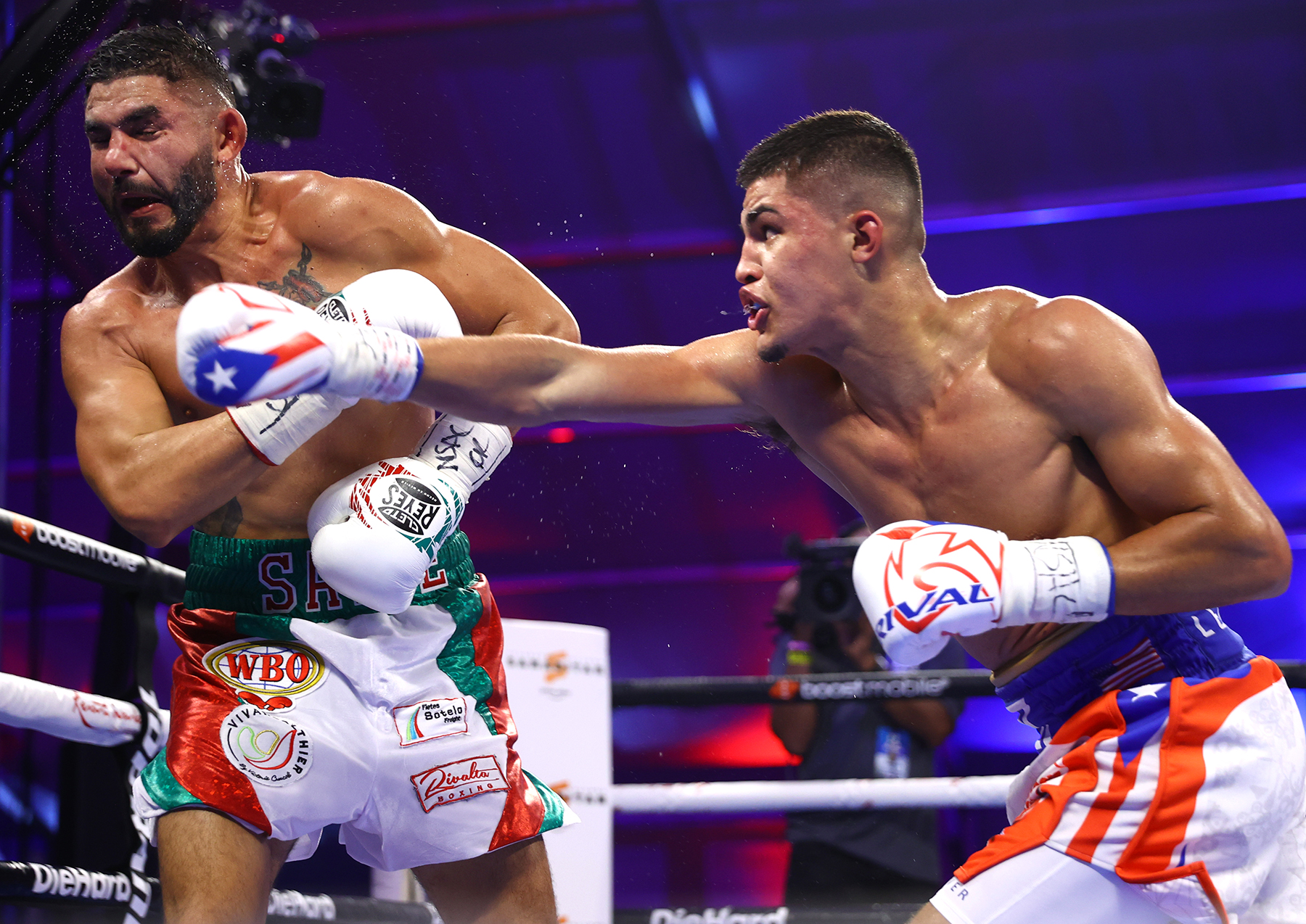 Zayas (14-0, 10 KOs), a 19-year-old Puerto Rican from Sunrise, Florida, dominated from the outset. He dropped Espadas (22-5, 15 KOs), 31, of Mexico, with a clean left hook on the chin barely a minute into the fight and spent the rest of the fight stalking Espadas and working him over with a wide variety of punches.

Espadas caught him a few times, but nothing that bothered Zayas, who was warned for a low blows in the fourth round by referee Russell Mora.

Zayas spent the rest of the fight focusing on Espadas’ head. Early in the fifth round he landed a jab followed by a powerful right hand on the chin and Espadas went down to his rear end against the ropes.

Espadas, whose four-fight winning streak ended, beat the count and he seemed OK, but Mora elected to wave it off at 23 seconds.

“I promise it wasn’t intentional,” Zayas said of the low blows. “I wasn’t trying to hit him low. I guess the punches were just landing there. Referee, I want to thank him. He gave me a chance. I just listened to the corner and they told me, ‘Hey, forget about the body.’ Let’s get these head shots and then we’ll start working the body. And that’s what we did in round four on.”

The fight was originally scheduled to be on the Edgar Berlanga-Roamer Alexis Angulo undercard on June 11 in New York but it was postponed when Zayas withdrew due to a viral infection.

Zayas was in the ring for the first time since March, when he scored an 8 round decision win over Quincy LaVallais at the Hulu Theater at Madison Square Garden.

Teofimo Lopez Blasts Campa In Move Up In Weight
DAZN Confirms Usyk-Joshua II Won’t Be PPV In USA
Advertisement
To Top
We use cookies to ensure that we give you the best experience on our website. If you continue to use this site we will assume that you are happy with it.OkNoPrivacy policy